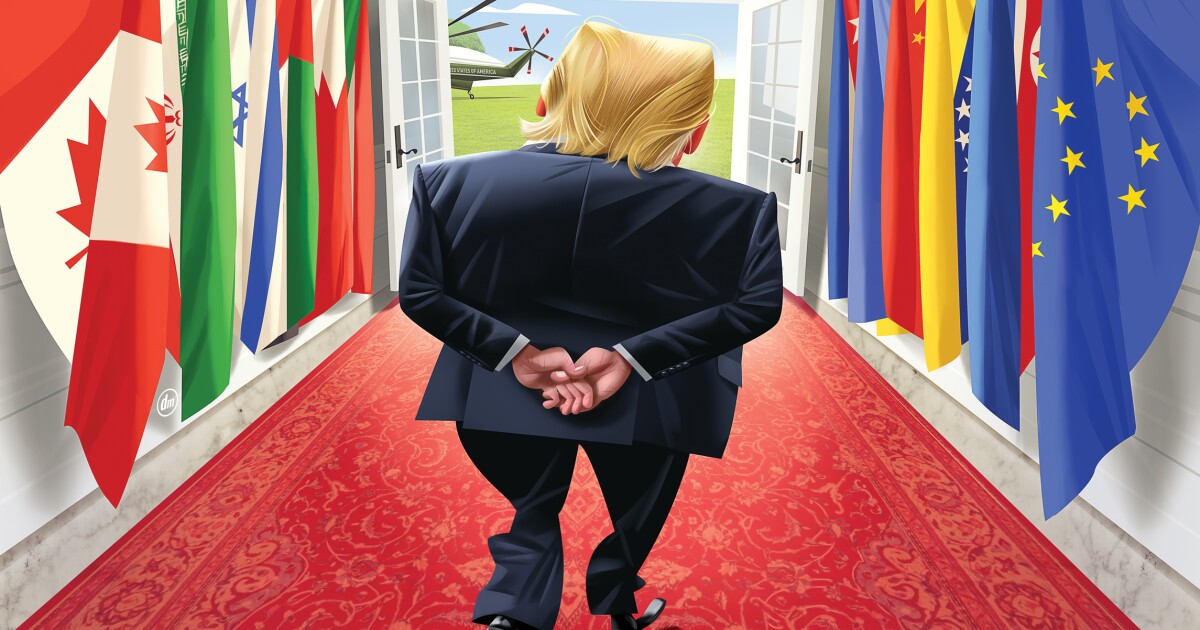 As President Trump is scheduled to leave office in January, critics of his administration are offering appraisals of his policies in order to urge Joe Biden to change course by returning to the guiding ideas of the Obama era. Among the most significant of these areas is foreign policy. Unfortunately, many of these analyses misrepresent the coherence and efficacy of the Trump administration’s approach to foreign policy. Readopting the Obama approach to foreign and defense policies would be a mistake.

Enhancing national security must start with the fundamental truth that the United States cannot protect itself or its interests without the help of others. International engagement allows the United States to see and act at a distance, as threats are gathering, rather than waiting for them to assume proportions that ultimately make them much costlier and more dangerous to defeat. Defeating emerging threats in particular puts a premium on having visibility far from the homeland to allow for early warning and rapid adaptation to unanticipated developments. …

In January, when President Joe Biden and his national security team begin to reevaluate U.S. foreign policy, we hope they will quickly revise the national security strategy to eliminate “America first” from its contents, restoring in its place the commitment to cooperative security that has served the United States so well for decades.

Mattis, of all people, must understand the problem with the argument he makes here. After all, as Trump’s defense secretary, he crafted a remarkable defense strategy that guided national security during the Trump presidency.

The thrust of the Foreign Affairs article is that the United States should base its foreign policy on the principles of “cooperative security.” The problem with cooperative security is that it requires states in the international system to subordinate their interests to a fictional “international community” and act in accordance with a system that operates independently of national interest.

Alliances are good for the U.S. Free trade and the expansion of the liberal political order are also good for America. But all too often, U.S. policymakers have made a fetish of alliances and international organizations. Both are means, not ends. In fact, the end or purpose of American power should be to secure the American republic, protect its liberty, and facilitate the prosperity of its people. It is not, or should not be, to create the “global good,” a corporatist globalism divorced from patriotism or national greatness.

The United States does not have a “moral entitlement” to superior power for the global good. The United States must work constantly at maintaining it. Part of that work is persuading the American public that it is good and right and in its interest to maintain that power. A healthy regard for the safety and happiness of American citizens requires that U.S. power remain supreme. Trump’s election in 2016 was due in part to the perception that U.S. power was not being used to advance the interests of Americans but in the service of others, i.e., the “international community,” international institutions, or the like.

Cooperative security also wrongly assumes that international participation is sufficient to sustain the liberal world order. It is not. It must be supported by a dominant power and influence.

Accordingly, during the post-war era, the U.S. primarily pursued a bipartisan grand strategy of “primacy,” the purpose of which was to underwrite a liberal world order based on freedom of navigation and commerce, an arrangement very much in the interest of not only America but also its friends and allies. This grand strategy included alliances and support for international institutions, including the United Nations and the Bretton Woods economic system. It was justified by the belief that war and depression can best be avoided in a world where the interests of states are not always at odds but can be coordinated by diplomacy, trade, commerce, and global finance.

The grand strategy of primacy is based on what Robert Gilpin called the theory of “hegemonic stability,” which holds that a “liberal world order” does not arise spontaneously as the result of some global “invisible hand.” Instead, such a system requires a “hegemonic power, a state willing and able to provide the world with the collective goods of economic stability and international security.” For 100 years, from the end of the Napoleonic Wars to the beginning of World War I, Great Britain provided this service. The U.S. has done so since 1945. In both cases, the hegemonic power assumed the role not out of altruism but because it was in its national interest to do so.

By caricaturing Trump’s foreign policy as essentially isolationist — America alone — the Foreign Affairs article ignores the essential coherence of Trump’s approach. It also ignores its notable successes, especially in the Middle East and the Indo-Pacific. Trump’s approach to NATO, for example, has arguably strengthened that alliance by requiring its member states to assume more responsibility for their own security.

Trump’s foreign policy exhibited a number of features that have made it anathema to advocates of cooperative security, the first of which was a healthy nationalism. This is not the nationalism caricatured by Trump’s critics; it is not a reflection of racism and disdain for foreigners. It is not ethnic nor racial nationalism but civic nationalism, better described as patriotism. Consistent throughout his presidency was the belief that the purpose of American power is to advance the interests of American citizens.

The second feature, and a corollary of the first, was a state-centric view of international politics, one that approaches international institutions and “global governance” with great skepticism. In his May 2017 speech in Saudi Arabia, Trump called his approach “principled realism.” It is in the interest of the United States to advance U.S. political, military, and economic strength, not to impose America's will on others but to “secure the blessings of liberty for ourselves and our posterity.” As Henry Nau argues, “The goal [of U.S. foreign policy] is a ‘republican world’ in which free nations live side by side, responsible for their own defenses and economies, and cut deals with other nations, including authoritarian ones, to the extent their interests overlap.”

By extension, U.S. foreign policy under Trump acted on the belief that the United States should not cede sovereignty to international institutions in order to be embraced by the mythical “international community,” nor should the purpose of U.S. foreign policy be to defend a rules-based liberal international order. And while it is in the interest of the U.S. to cooperate with others within this international system, such cooperation depends on reciprocity. This has been especially important in the areas of trade and alliances. In principle, free trade is good for countries in the international system. Yet, for too long, the U.S. has pursued trade agreements that have not favored our interests. The principle of reciprocity was necessary to redress this imbalance.

The third feature was armed diplomacy. American policymakers have long treated force and diplomacy as an either-or proposition. But understood properly, force and diplomacy are two sides of the same coin. As Frederick the Great observed, diplomacy without arms is like music without instruments. The threat of force increases the leverage of diplomats. The Trump administration’s approach to Iran and North Korea is a case in point.

The fourth feature of Trump’s foreign policy was to prioritize economic growth and leverage the new geopolitics of energy. The Trump administration moved expeditiously to lift regulations that hamper U.S. domestic productivity across the board, but especially in the area of energy production. While domestic oil and gas production has increased as a result of the revolution associated with hydraulic fracturing (“fracking”) and directional drilling, it did so despite the priorities of the Obama administration, which wished to decrease reliance on hydrocarbons. Trump made it clear he wishes to exploit America’s energy potential to take advantage of the new geopolitics of energy.

Finally, Trump’s foreign policy advanced a defense of liberal principles. Of course, prudence dictates that the United States attempt to spread its principles only when it can do so in a cost-effective manner. The U.S. is safer and more prosperous in a world populated by other democratic republics.

But the United States faces limits. It cannot unilaterally spread democracy throughout the world. This has been the great problem with our efforts in Afghanistan and the Middle East. As John Quincy Adams said in his famous July 4, 1821, address, “Wherever the standard of freedom and Independence has been or shall be unfurled, there will [America’s] heart, her benedictions and her prayers be. But she goes not abroad, in search of monsters to destroy. She is the well-wisher to the freedom and independence of all. She is the champion and vindicator only of her own.”

Jim Mattis is a patriot who has put his life and sacred honor on the line for decades in service to his country. Unfortunately, in Foreign Affairs, he and his co-authors have caricatured a reasonable foreign policy that he himself helped to craft.

Mackubin Owens, a retired professor of national security affairs at the Naval War College in Newport, Rhode Island, is currently a senior fellow of the Foreign Policy Research Institute in Philadelphia.