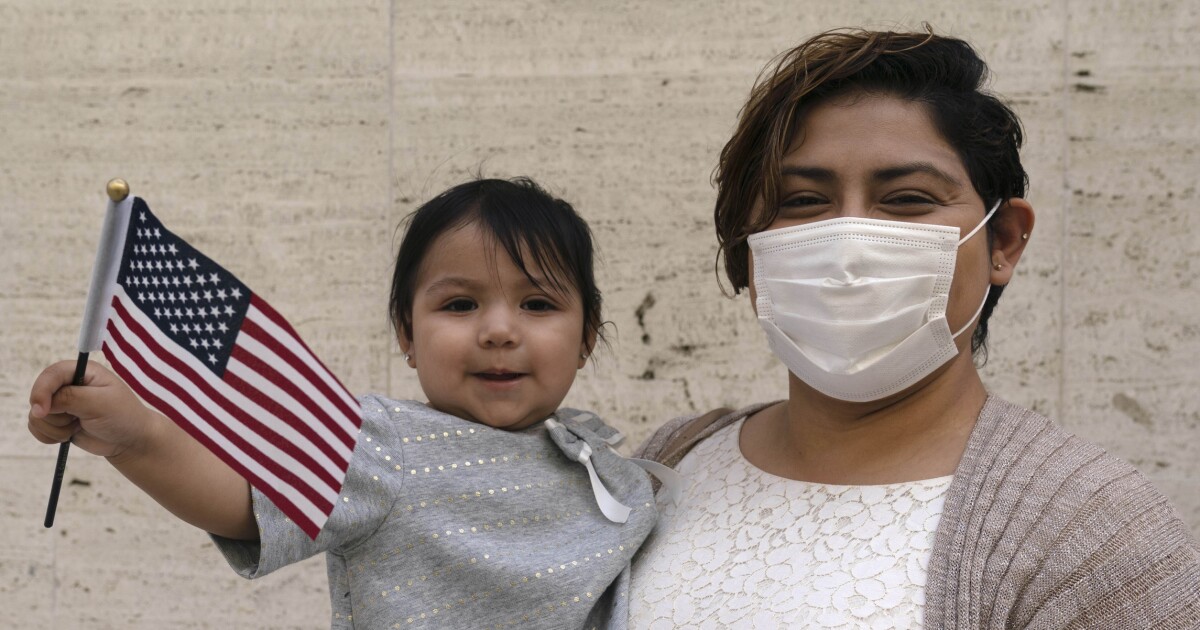 Like it or not, there are more than 10 million illegal immigrants residing in the United States. The status quo forces them to work under the table and in the shadows. A new study concludes that providing legal status and a pathway to citizenship for illegal immigrants would be a boon for the economy — and good news for native-born residents, too.

Conducted by the liberal-leaning Center for American Progress in conjunction with the University of California, Davis, the analysis estimates the impact that a pathway to citizenship would have on the economy. It finds that such an amnesty initiative would grow the economy by $1.7 trillion over 10 years. (For context, that figure is similar in size to President Donald Trump’s 2017 tax cut.) Moreover, the analysts report that the pathway to citizenship would fuel the creation of 438,800 new jobs.

Why would amnesty lead to such a significant economic boost?

“Individuals can move to higher-paying jobs, improve the effectiveness and productivity of their skills, and are less constrained in job searches and opportunities,” the study explains. “At the same time, their increased income and spending leads to businesses in their communities being more willing to invest and to take advantage of increased purchasing power that raises returns to investments. This generates increased consumption and demand and higher returns to investment, and it leads to additional investment and production capacity.”

Don’t fret: This wouldn’t come at the taxpayers’ expense. The report projects that 10 years after the pathway to citizenship’s implementation, wages for affected workers would rise by $14,000 — but other workers would see their wages rise, too, by roughly $700. Why? Well, by boosting productivity and growing the overall economy, the positive impact of bringing illegal workers out of the shadows would outweigh any negative effects from increased competition with native-born workers.

Economic cooperation is a win-win scenario, not a zero-sum game.

Some conservatives might correctly note that the Center for American Progress is an openly liberal group. True. But we should still evaluate any study or research on its own merits — and this one holds up perfectly fine.

“The report’s findings are based on reasonable assumptions that are grounded in excellent empirical social science,” Alex Nowrasteh of the libertarian-leaning Cato Institute told me. “The results are reasonable and within the range of estimates discovered by other economists who have investigated this topic. In terms of its methods and results, the CAP report is quite conservative and should be taken seriously by folks on both sides of the aisle.”

Under-the-table work only means lower wages, less productivity, and more cheap labor competition for workers by illegal immigrants who are not bound by the same employment rules. Bringing the illegal workers who are already here out of the shadows helps everybody. And, of course, we could ensure that only those illegal residents who have not committed any other criminal offenses while here are eligible.

Of course, conservatives don’t have to just give up the bargain and hop on board with the plan. It could be leveraged as part of compromise legislation that funds the completion of Trump’s border wall or other forms of border security. But all politics aside, the economic benefits of letting illegal immigrants work legally are both clear and universal. The status quo is hurting the prospects of immigrants and native-born citizens alike.