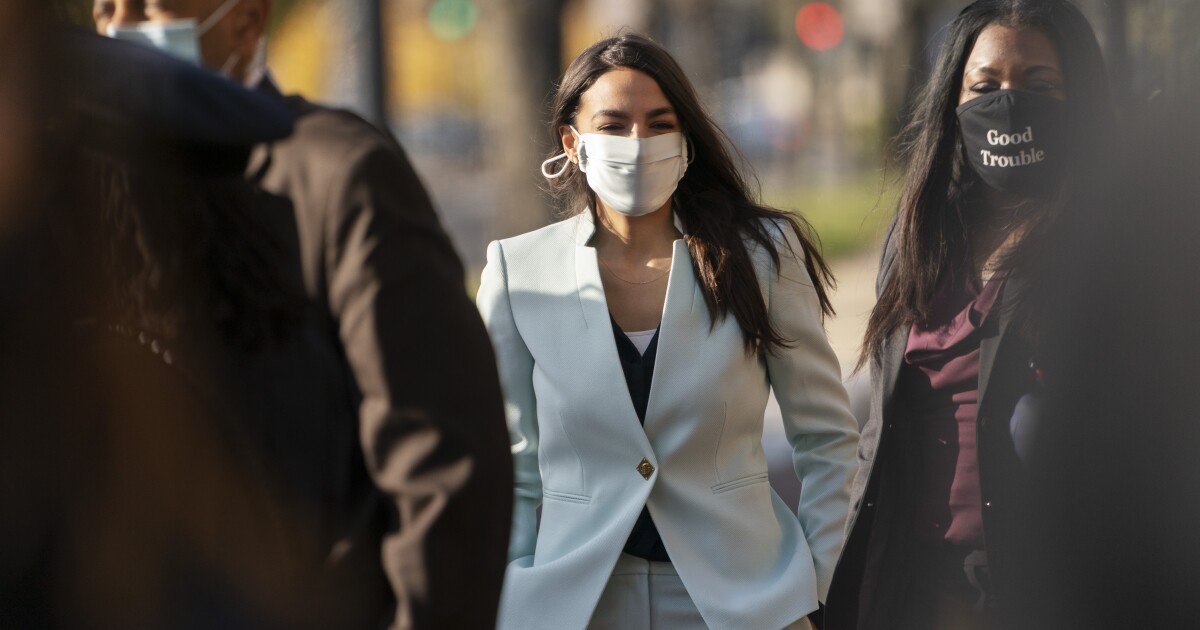 Say what you will about left-wing darling Rep. Alexandria Ocasio-Cortez, but she knows how to get a message across on social media. One of the youngest members of the House of Representatives, the New York Democrat and socialist, boasts 8.1 million Instagram followers.

It’s a shame that Ocasio-Cortez has once again used her talent for going viral to spread misleading narratives that ignore basic economics. This time, in one of her ask-me-anything Instagram stories, the congresswoman was asked about her position that billionaires shouldn’t exist. “The question of billionaires is less about being a ‘good’ or ‘bad’ individual and more about the immorality of a system and economy that not only allows abuse of everyday people, but financially rewards the powerful who profit off not paying workers a living wage, keeping medicine expensive … or otherwise hoarding unthinkable levels of wealth for the very few by denying basic dignities of life for the many,” she wrote.

Ocasio-Cortez continued, “Billionaires are a symptom of a society that does not afford people basic elements of dignity,” concluding, “If people want we can revisit the billionaire question when everyone has healthcare, climate change is addressed, [and] people have actual dignified standards of living.”

There’s one glaring problem with Ocasio-Cortez’s impassioned tirade: Economics is not a zero-sum game. Her argument is predicated upon the idea that in the process of achieving great wealth, a billionaire had to take that wealth away from someone else. This simply isn’t how a free-market economy works.

When you voluntarily buy groceries from the local market, you and the store owner are both made better off by the transaction. You get goods that are worth more to you than the money you’re spending on them (or else you wouldn’t make the purchase) and vice versa for the store owner.

So, in pursuing his fortune, a billionaire supermarket chain owner would have to enrich millions of customers by creating opportunities for mutually beneficial transactions. The only way to obtain great wealth without doing this would be to lobby the government for crony regulations or subsidies to get an artificial monopoly (the kind of programs Ocasio-Cortez often supports).

With her latest anti-billionaire tirade, Ocasio-Cortez is engaging in the zero-sum fallacy of poor economic thinking. “The fallacy here is the implicit assumption that there is a fixed pie of wealth and that what market activity does is just allocate that among individuals, households, or nations,” economist Steve Horwitiz explains. “It ignores the way in which wealth is created through production and exchange,” he continues. “One of the most fundamental insights of economics is that exchange is mutually beneficial and therefore wealth-creating.”

In fact, economist Deirdre McCloskey estimates that successful entrepreneurs only see about 2% of the total wealth created by their innovation. Take the late Apple CEO Steve Jobs, for example. He died with a net worth of $10 billion, making him one of the evil billionaires Ocasio-Cortez wants to regulate and tax out of existence. Yet, he didn’t achieve this great wealth by defrauding people or taking opportunities that could have gone to others.

Rather, in order to become a billionaire, Jobs had to spark the creation of 2 million jobs across the United States, nearly 450,000 through suppliers and roughly 1.5 million more indirectly through a retail ecosystem. Moreover, Jobs had to oversee the development and distribution of products that have improved all of our lives immeasurably.

Of course, Ocasio-Cortez and her supporters could argue that they simply want to address the end state of billionaire-ness by taking that wealth and redistributing it to those in need. But any policy to achieve this goal, such as the congresswoman’s favored 70% top tax rate, would destroy the incentive structure that allows entrepreneurs to keep climbing. To put it simplistically, Jobs would likely have stopped after the first iPod if he’d faced confiscatory levels of taxation on any future successes.

So, were you to game it out, the natural result of this fallacious narrative would not be the social justice utopia Ocasio-Cortez imagines. It would be an America where we’re all a lot poorer.