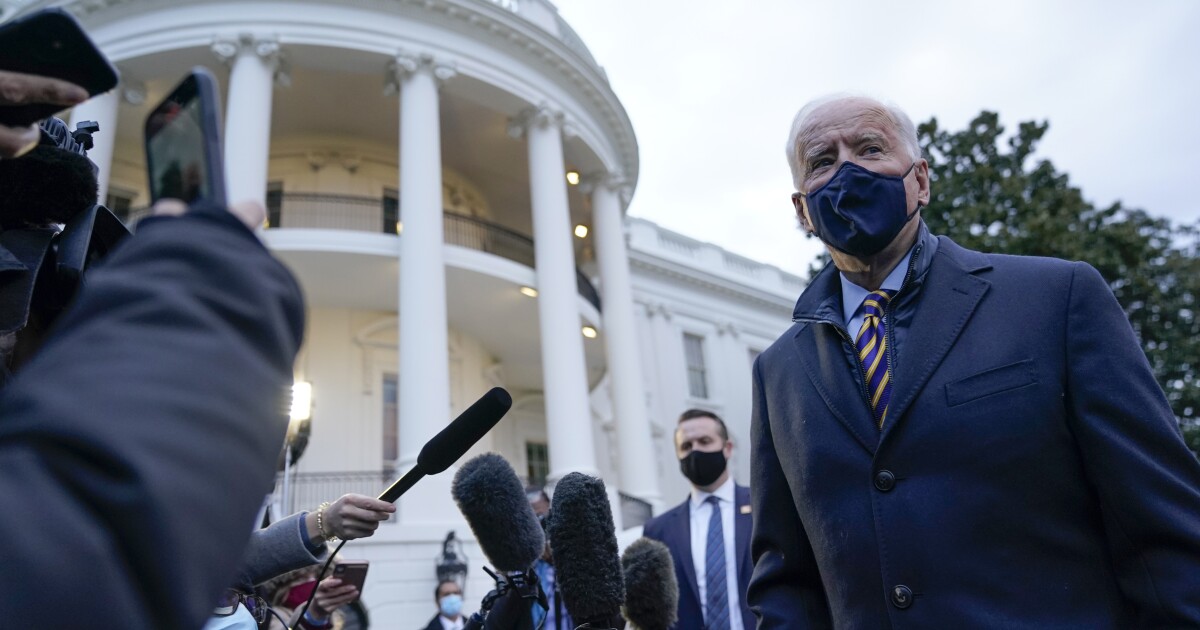 President Biden could get a boost next month in the push to build support for his administration's policy agenda as allies and campaign alumni prepare to launch an outside ‘dark money' nonprofit organization with the White House's blessing.

The organization, known as “Building Back Together,” will run television advertisements advocating for the president's legislative priorities while working with other Biden-aligned groups, according to reports.

The president and his top aides have been briefed on the strategy, which top campaign aides and close allies will oversee.

“This is not to replicate,” White House senior adviser and longtime Biden confidante Anita Dunn told the Wall Street Journal, noting that the group will work in concert with others outside the administration. “It is not to duplicate.”

The organization will be registered as a 501(c)(4), meaning it can lobby, organize “grassroots” campaigns, and spend unlimited amounts of money to influence policy without disclosing donors.

It can engage in political advocacy and won't need to abide by the transparency disclosures that apply to political parties, campaigns, or super PAC fundraising committees, so long as the primary focus is not to influence elections.

The arrangement is not unusual.

When former President Donald Trump was in office, his close advisers launched America First Policies, which pressed for confirmation of Trump's Supreme Court nominees and touted his policies, spending millions on campaign-style ads.

Former President Barack Obama had The Common Purpose Project, a 501(c)(4) that limited donations to $50,000 and disclosed its donors, and Organizing for Action, also a 501(c)(4), which evolved from his reelection campaign, Obama For America.

Among the first orders of business for the new pro-Biden group will be the push to build support for his $1.9 trillion coronavirus package, which includes a $15 per hour minimum wage hike, $1,400 direct payments, vaccine distribution aid, and more.