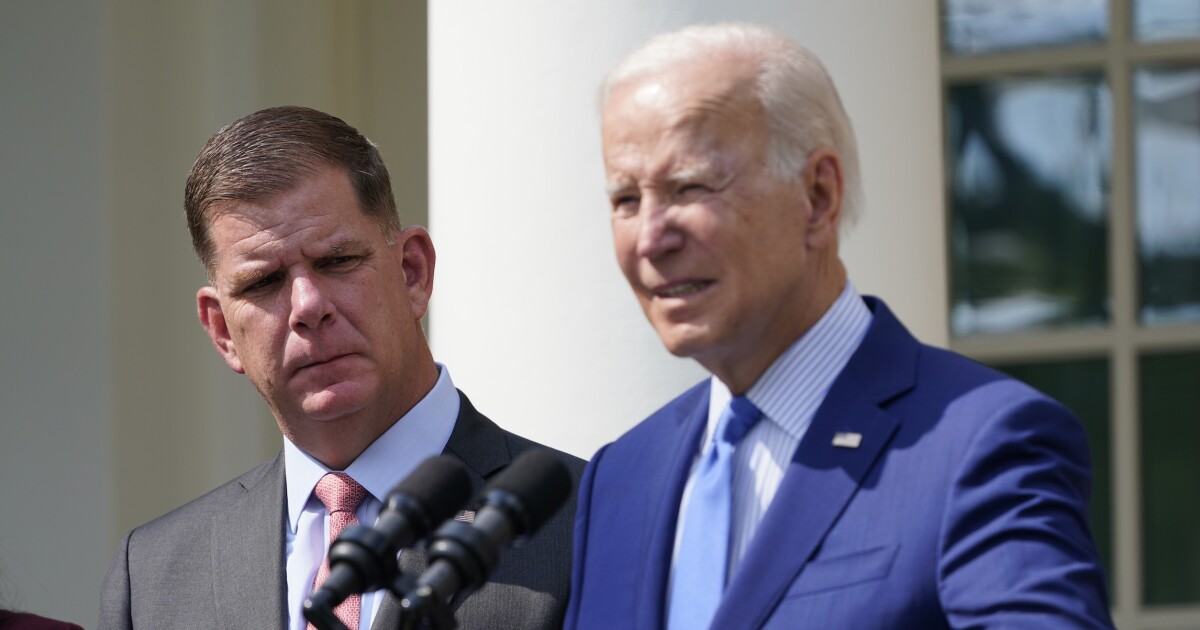 President Joe Biden risks alienating some of his strongest supporters as the White House and congressional leaders look to avert a devastating rail strike before the holidays.

Biden, who often calls himself the most pro-union president in history, is now working to prevent a rail strike by using century-old legislation to end negotiations on terms multiple rail unions have rejected.

“As a proud pro-labor president, I am reluctant to override the ratification procedures and the views of those who voted against the agreement,” Biden said in a statement. “But in this case, where the economic impact of a shutdown would hurt millions of other working people and families, I believe Congress must use its powers to adopt this deal.”

Biden met with congressional leadership Tuesday morning, after which House Speaker Nancy Pelosi (D-CA) said Congress would take up a bill to keep the rails running. Pelosi said the legislation would be presented on the House floor Wednesday before going to the Senate.

Biden has called on railway workers to accept a labor contract brokered by the White House in September, warning that a strike threatens “crippling” disruption. The president has said Congress should urgently pass legislation forcing workers to adopt the deal.

But he didn't expect to be in this situation at all.

The president and Cabinet members, including Labor Secretary Marty Walsh and National Economic Council Director Brian Deese, held a public celebration in the Rose Garden on Sept. 15 when an initial deal was reached. Walsh reportedly spent more than 20 consecutive hours negotiating with rail companies and unions, and Transportation Secretary Pete Buttigieg was given credit as well.

Multiple unions have since rejected that deal, with a new strike date set for Dec. 9. The situation pits Biden and House Democrats against organized labor, which is normally among the party's strongest allies. A few more liberal members of Congress, such as Sen. Bernie Sanders (I-VT), are holding out support for the worker groups.

Biden launched his 2020 presidential campaign at a Teamsters hall in Pittsburgh, with labor organizations contributing $27.5 million to back his White House bid.

Now the president is warning that should a railroad strike go forth, it would “devastate our economy.”

The president's economic advisers reported that up to 765,000 people, including union workers, could be out of work within the first two weeks of the strike, which would lead to supplies, such as chemicals needed for clean drinking water for communities or food for farms, not getting delivered.

Congress has the power to avert the strike in this situation because rail strikes are governed by the Railway Labor Act of 1926 instead of the National Labor Relations Act. Congress has the authority to intervene and force the unions to accept the agreement’s terms.

Rail companies are also warning about the dangers of a strike.

“No one benefits from a rail work stoppage — not our customers, not rail employees and not the American economy,” said Association of American Railroads President and CEO Ian Jefferies. “Now is the appropriate time for Congress to pass legislation to implement the agreements already ratified by eight of the twelve unions.”

A handful of rail unions, on the other hand, are calling out what they see as a betrayal from the White House.

“Joe Biden blew it,” Railroad Workers United said in a press release. “He had the opportunity to prove his labor-friendly pedigree to millions of workers by simply asking Congress for legislation to end the threat of a national strike on terms more favorable to workers. Sadly, he could not bring himself to advocate for a lousy handful of sick days. The Democrats and Republicans are both pawns of big business and the corporations.”

The Cato Institute's Scott Lincicome said the situation was largely predictable given the number of different groups that had to ratify the September deal and the wide gap between the positions of rail companies and labor leaders.

“It was clear back in the summer this was shaping up to be a mess,” he said.

But he's confident Congress will vote to avert the deal because of the crushing impact a strike would have. According to the Congressional Research Service, 48% of all freight in the United States is moved either wholly or partially via rail.