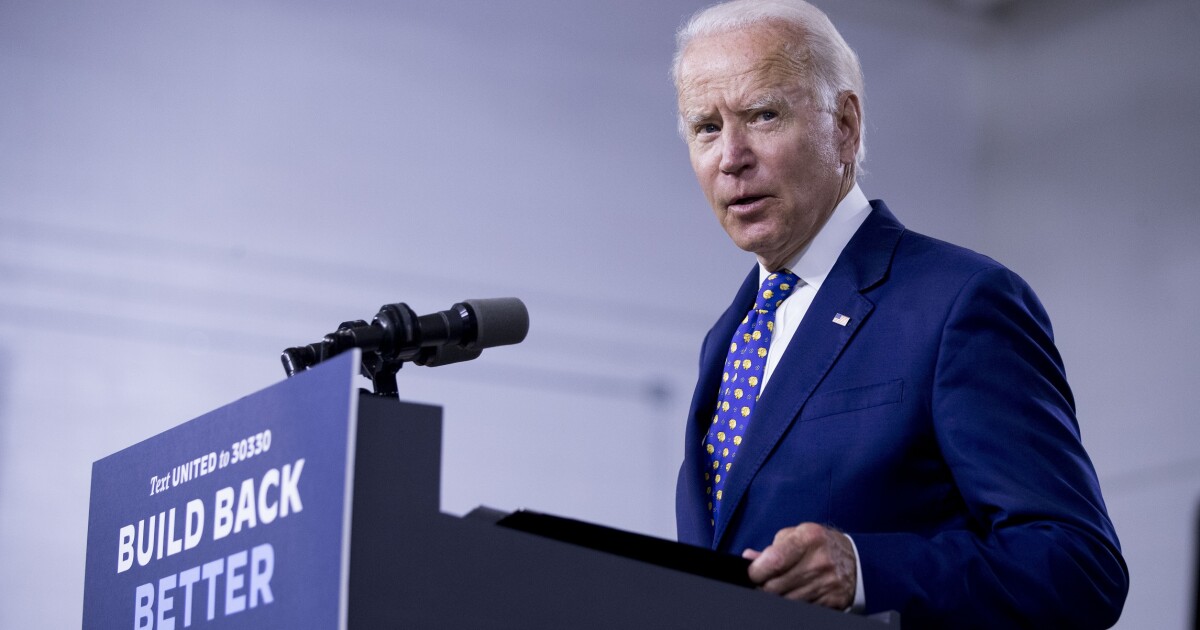 President Joe Biden's nominee to head up the Department of Justice's antitrust division is expected to take aim at the tech industry if confirmed by the Senate, where he appears to be a shoo-in.

Jonathan Kanter, who has had the backing of predecessors from every administration dating back to President Gerald Ford, is seen as a hawk on illegal monopolies and anti-competitive mergers, particularly within the tech industry.

“In short, we believe Mr. Kanter is right for this important position,” a group of attorneys who previously held the post wrote in a letter to Senate leaders Thursday.

“I like Jonathan. I actually think he'll be a great leader for the antitrust division and move antitrust enforcement forward,” Makan Delrahim, Trump's assistant attorney general of DOJ's Antitrust Division, told the Washington Examiner when Kanter was first nominated by Biden in July.

“Both his private sector and government experience will help him run the division successfully. He's a good guy who has been active in the pro-enforcement wing of antitrust lawyers,” Delrahim added.

The Federal Trade Commission and the Justice Department are responsible for antitrust enforcement, primarily through investigations, lawsuits, penalties, and fines. Antitrust laws are meant to protect consumers from anti-competitive mergers and business practices.

Kanter's nomination signals a blow for Silicon Valley companies, such as Facebook, Google, Apple, and Amazon, which are under intense bipartisan scrutiny from the government for accusations of monopolistic behavior.

“Monopoly cases are the equivalent of jaywalking. You just don't see them. … So, what has gone wrong? How have we lost our way?” Kanter said at a conference convened by Yelp in 2018, where he criticized the lack of meaningful antitrust litigation by the federal government.

As an antitrust lawyer, Kanter has previously represented companies, such as Yelp and Microsoft, which have accused Google of unfair and anti-competitive behavior. He has also worked for a firm representing Amazon, Uber, and Mastercard on antitrust issues.

This background could provide grounds for tech giants, such as Google, Amazon, and Uber, to ask him to be recused from antitrust cases involving their companies due to conflicts of interest.