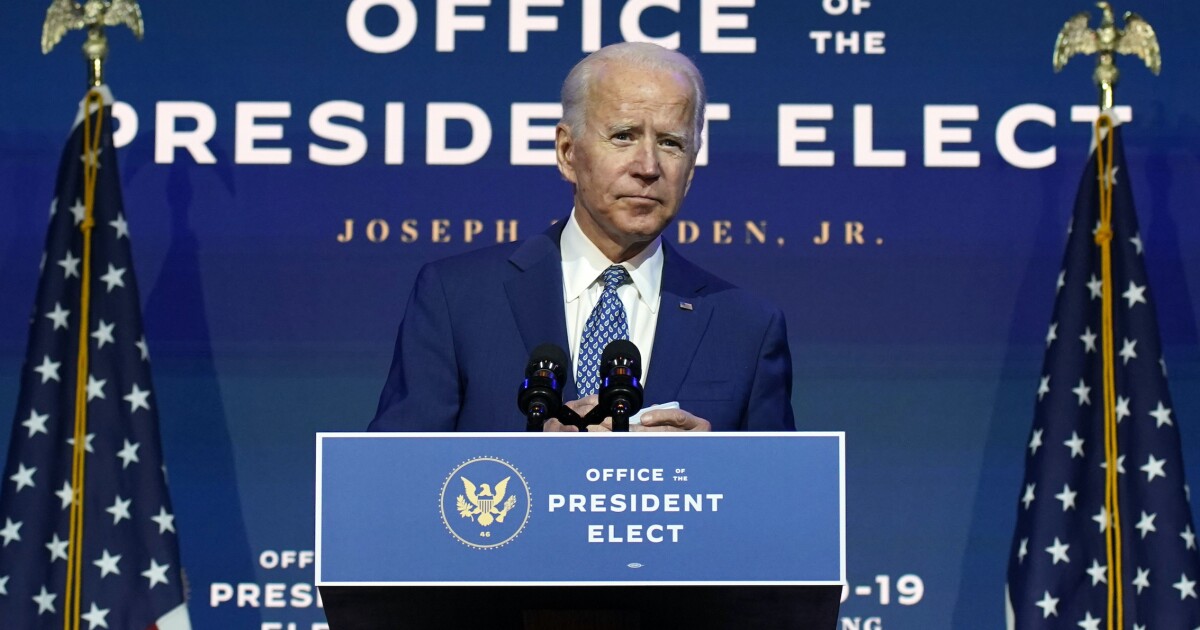 President-elect Joe Biden warned President Trump's resistance to a smooth transition process was risking lives and the economy after being briefed by business and union leaders.

“More people may die if we don't coordinate,” he said during remarks in Wilmington, Delaware. “If we have to wait until January 20 to start that planning, it puts us behind.”

“Getting the vaccine and a vaccination, though, are two different things. Everyone on our call today — in our Zoom today agreed that the sooner we have access to the administration's distribution plan, the sooner this transition would smoothly — move forward,” he said.

The two-term vice president called on the Senate to take up the HEROES Act passed by the House in the summer, while he repeated his commitment to ideas such as student loan debt forgiveness to alleviate economic pressures created by the COVID-19 pandemic. Biden previously said he supported up to $10,000 in relief for people earning less than $125,000.

On Monday, he also reiterated how he wouldn't award government contracts to companies that don't make their products in the United States as he strives to reinvigorate the economy with good-paying jobs, all part of his “Buy American” agenda.

He added he wants to rally “the country behind a national strategy with robust public health measures,” such as a mask mandate, widely available rapid-result testing, scaled-up production of treatments and therapeutics, and equitable and free distribution of vaccines.

Earlier Monday, Biden and Vice President-elect Kamala Harris brought together business and labor leaders to discuss the country's economic recovery. During the talks, Biden spoke about wanting to “build back better,” a campaign slogan referencing his desire to oversee a “more resilient and inclusive” economy.

“We all agree on the common goals, just have a slightly different perspective,” he told the group before saying he deserved credit for convening the two sides.

Multiple outlets called the 2020 White House race for Biden on Nov. 7, but Trump has refused to concede as he awaits the outcomes of a raft of legal challenges to results in Arizona, Georgia, Michigan, Nevada, and Pennsylvania.