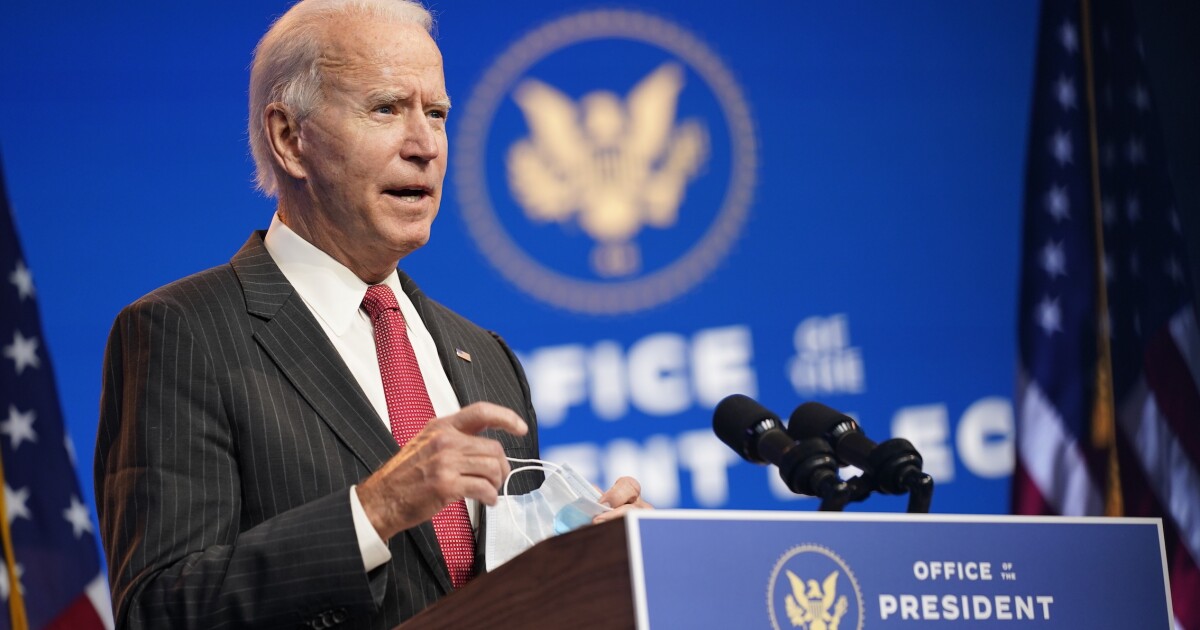 The coronavirus recession was as steep as it was short. Seven months after its apex in April, the economic recovery is still going strong. Even with House Speaker Nancy Pelosi blocking a second round of crisis aid, the underlying fundamentals of the economy keep defying expectations despite the disastrous lockdowns. With multiple highly effective coronavirus vaccines set to hit markets as soon as before the year’s end, President-elect Joe Biden might inherit one of the greatest economic booms in our nation’s history.

Such success could help Democrats force Republicans to the table for their priorities, such as infrastructure or environmental policy. But Republicans must not budge an inch when it comes to Democrats' increasingly extreme economic demands.

Before the pandemic, the U.S. economy was the strongest it had been in generations. Real wages were growing for the first time in a decade, with disproportionate growth going to low-income workers and minorities. The labor market, which had remained weak even during the recovery under Barack Obama, tightened so sharply under President Trump that three-quarters of new workers were being plucked from outside the labor force. The unemployment rate hovered near half-century lows, and record numbers of people in the United States reported economic confidence in their personal prospects.

Then, we destroyed it all on purpose, for the sake of health. It made sense at the time, but somehow, the call for a 15-day lockdown to flatten the coronavirus curve back in March has given way to plans for canceling Thanksgiving and Christmas. Small businesses have faced both tyrannical restrictions and months of race-rioting targeted at Main Street.

The amazing thing is that even that hasn't stopped the recovery. The internet made work-from-home possible for (the richer) half of the country. Consumers kept innovating to keep businesses alive and other jobs going — for example, with curbside pickups and outdoor dining. Personal savings actually went up after the CARES Act, signaling that a decent amount of money unspent may be injected right back into the economy the moment normal life resumes.

So with a vaccine on the horizon, Republicans will face no political pressure to entertain any sort of Biden economic agenda centered on his campaign idea of “building back better” or otherwise transforming an economy that is doing just fine, thank you very much.

The elimination of over a trillion dollars of student debt, a wealth transfer from the working class to an educated elite, should be a nonstarter. Special favors to unions, such as the repeal of right-to-work laws? What sane person would empower the teachers unions across the nation that have been denying a generation of students their education? Nationalize California’s disastrous AB5, which nearly put Uber and Lyft operations in the state? The bluest state in the union just overwhelmingly voted to roll it back. Not even Democrats should want to dabble in such destructive policy.

Despite the coronavirus, the price signals of the economy have continued to work. Even with zero interest rates, inflation has not become a problem, at least for now. The stock market, in which about half of the country has assets, continues to climb to record highs. As lockdown fatigue sets in, most people just want to get back to work.

Sweeping federal encroachments on the economy such as the New Deal and Dodd-Frank only survive the political headwinds in times of staggering crisis. But the nation's current crisis is over or at least nearing its end. If anything, the supposedly centrist Biden ought to be thanking his lucky stars that the recovering economy will rob the Left of any serious opportunity to push for its wildly unpopular agenda in the first place.