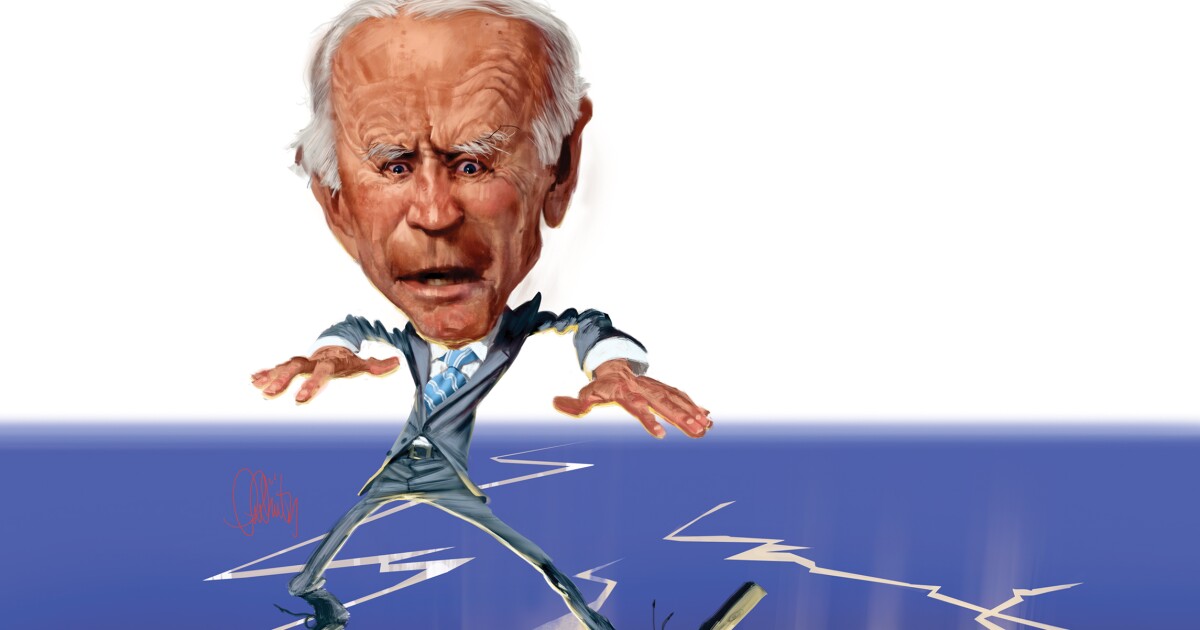 According to the RealClearPolitics average of the national polls, President Biden’s approval rating currently stands at 55%, a fine position overall but not a great place to start for a new president. In recent history, only Donald Trump had weaker numbers upon ascension to the White House. Yet Biden’s political prospects over the next months and years are far from certain. A lot will depend, of course, on how well the economy recovers from the coronavirus pandemic and, relatedly, how much longer the pandemic continues. But much will also hinge on how well he can manage the great diversity of interests within the Democratic Party.

The common way to conceptualize the Democratic Party is along an ideological spectrum, from centrists such as Janet Yellen and Joe Manchin in the middle to progressives such as Alexandria Ocasio-Cortez and Bernie Sanders on the Left. While there is a lot of merit to this framework, it is also useful to think of the party as a collection of factions, each of which has its own interests to which party leaders must be responsive.

Parties are, by their nature, factional, in the sense that for a country as big and diverse as ours, but with only two parties, there are by necessity partisan alliances among different subgroups. But the Democratic Party has long been particularly noteworthy for its hodgepodge quality. After the Civil War, for instance, the party was anchored on an alliance between Catholics in the northern cities and segregationists in the South, two groups that had virtually nothing in common except their shared opposition to the northern Protestants who dominated the Republican Party.

Franklin Roosevelt’s New Deal inaugurated the process of transforming the Democratic Party into a coalition of the Left, but that hardly happened overnight, and for generations, conservative Southern Democrats remained within the party. The New Deal also brought African Americans into the party and created an alliance between the Democrats and industrial and trade labor unions, which previously tended to vote Democratic but soon became major power brokers within the coalition. With the Great Society, Lyndon Johnson expanded the party’s reach to include groups such as feminists, environmental activists, and consumer rights groups. The party became the home of what might be called “public-interest liberalism.” Usually white, upscale, and middle-class in their demographic profile, these groups are more interested in quality-of-life issues than the provision of social welfare or the maintenance of good wages for blue-collar workers. Additionally, the growth of public-sector labor unions, which took off in earnest in the 1960s, transformed organized labor and further diversified the Democratic coalition.

In the 1970s, reforms to campaign finance laws made it possible for business groups to enter the political realm more directly, and by the 1990s, they had begun to gravitate toward the Democrats, for a variety of reasons: The decline of industrial labor unions made corporate America more comfortable with the Democratic brand; the party’s embrace of free trade aided corporate bottom lines; and the party’s cultural liberalism was more resonant with the sorts of people now occupying the Fortune 500’s C-suites. Likewise, the rising gay rights movement found itself naturally aligned with the Democratic Party, which had become the home of a more tolerant attitude regarding sexual behavior. The so-called “third wave” of immigration made Latinos important voters within the coalition as well.

This is, to say the least, a very diverse coalition. The Democratic Party of today has within it Richard Trumka, the head of the AFL-CIO, as well as Tom Steyer, a billionaire environmental activist. It includes the Human Rights Campaign, a prominent LGBT lobby, as well as blacks and Latinos, who tend to be more culturally conservative than the upscale whites with whom they share the party. It has the teachers unions, who right now are generally opposed to reopening schools amid the pandemic, as well as upscale, socially liberal families, in which mother and father work and thus want their children to return to in-person schooling.

This presents a special challenge to Democratic presidents. All presidents must occupy simultaneously two inherently contradictory roles. They are supposed to lead the country for the sake of the common good, above the needs of this or that faction, and they are also supposed to keep happy the partisan actors that got them into office. For Democratic presidents, that means somehow reconciling the demands of the party’s factions with a liberal vision of the public interest.

It's a difficult task.

Jimmy Carter far and away had the worst experience of any Democratic president in 50 years. He ran as a centrist outsider who would come to Washington and reform it for the good of the nation, but time and again, he tussled with the interests that made up much of his party, culminating in a primary challenge from Massachusetts Sen. Edward Kennedy. Given the recession in 1980, Carter was likely to lose to Ronald Reagan in the general election, but Kennedy’s challenge probably hindered his prospects.

Bill Clinton had a more positive experience than Carter, but he, too, struggled. Like Carter, he ran as a centrist outsider who would reform government. But in his early years in office, he found it a challenge to reconcile the various forces in his party with the public interest. His advocacy for the North American Free Trade Agreement, for instance, alienated organized labor but made the party more corporate-friendly, while his support for an assault weapons ban was cheered by urban groups but denounced by rural Democrats. Paradoxically, the Republican sweep of Congress in 1994 did him enormous political good, for it dramatically reduced the power of the party’s array of factions. Clinton could run in 1996 by implicitly warning his party that it could choose between a centrist such as him or unified Republican control of the government, which had not happened since 1955. The party’s various factions agreed to go along with it, but many were dissatisfied, and when presented with the same bargain in 2000 with the relatively moderate Al Gore, a small but significant number peeled off from the coalition to back Ralph Nader, who had made a name for himself as a consumer rights advocate in the 1960s. Nader carried almost 2% of the vote in Florida in 2000, more than enough to swing the state and, by extension, the presidency to George W. Bush.

Barack Obama, unlike Carter and Clinton, was a man of the Left and, just as importantly, a leader who closely identified with many of the party’s dominant factions. He also enjoyed a supermajority in Congress in 2009-2010, which enabled him to deliver significant victories to a variety of party factions, most notably through the stimulus, Obamacare, and Dodd-Frank, all of which doled out benefits to key Democratic “stakeholders.” Public backlash to the Obama domestic agenda sparked another Republican revival between 2010 and 2016, whereby the GOP came to occupy more nationwide offices than at any point since the Great Depression. But with the die-hard support of the party base, Obama was able to win a convincing but hardly overwhelming reelection in 2012.

None of these leaders can be said to have successfully balanced the public interest with the tending of Democratic factions. Clinton and Obama both managed to win reelection, but both, in their struggles to juggle these competing agendas, inadvertently strengthened the Republican position on both the federal and state levels.

What of Biden? He faces enormous challenges moving forward. While he is hardly the outsider that Carter and Clinton were, he is certainly not a man of the new Democratic Party, either. His personal background and his general demeanor are suggestive of the old-style, New Deal coalition that has long since evolved. Several major groups in the Democratic coalition saw Obama as one of them; nobody thinks of Biden that way.

Moreover, no Democrat in over 100 years has begun his first term with such a narrow congressional majority. Arguably worse for Biden, his Republican opponents are in very strong shape on the state level, meaning that the redistricting process is going to go poorly for Democrats. Many Democratic House members who barely won reelection in 2020 are going to be all the more wary heading into 2022. On the flip side, the demands of the factions within the Democratic base are numerous. The party has not had total control of the levers of federal policy in a decade, and so, there are a lot of expectations, be it for labor, the environment, civil rights, and more.

Practically speaking, it will be impossible for Biden to make all of these groups happy. The better question is: Can he keep them happy enough? That remains to be seen. And given the narrow margins that separate the two parties — just 538 votes separated Bush from Gore in Florida in 2000! — Biden will need them “fired up and ready to go” for 2024, as Obama famously liked to put it.

Ironically, Biden’s political fortunes might be best served by a Republican resurgence in 2022. There is little he can do in terms of playing offense for his party’s groups. Maybe, like Clinton, he can secure a path by playing defense on their behalf. The Democratic groups fell in line in 1996 because they feared the alternative of uniform GOP control. With the Trump years still fresh in their minds, Democrats might line up behind Biden with sufficient enthusiasm to keep the GOP from retaking the White House.

For conservatives and Republicans, there is obviously nothing to be done. These are the challenges of the Democratic Party. How it works out is up to Democrats. But it should, at the least, be fun to watch!

Jay Cost is a visiting fellow at the American Enterprise Institute and a visiting scholar at Grove City College’s Institute of Faith and Freedom.

U.S. to hold trade talks with Taiwan in new show of support