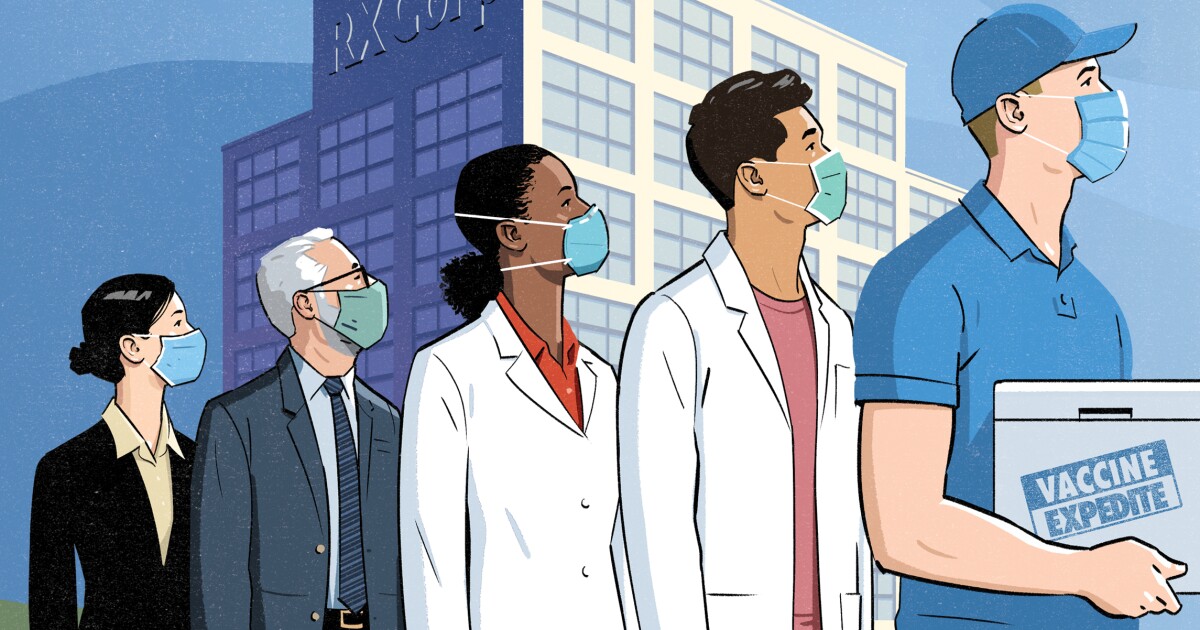 The prospective impact of the Pfizer and Moderna COVID-19 vaccines on public and economic health is virtually incalculable. But the fact that two private pharmaceutical firms are the agents of discovery and production of such a profoundly important public good should not be taken for granted. Two publicly traded companies, putting their own funds at risk, will, we hope, deliver social benefits worth trillions in return for profits in the low billions. This flies in the face of an emergent narrative about traditional, for-profit firms: that absent clearly set out social and environmental goals, corporate behavior will not achieve them.

It’s true that this is not strictly out of the traditional Adam Smith playbook. Both firms were assured that the federal government would purchase millions of doses of an effective vaccine. And Moderna was helped by philanthropically supported research, including $1 million from Dolly Parton. Both firms, as well as competitors whose vaccines have not yet been proven effective, are also likely looking to earn public goodwill for an industry that has been much-maligned.

In other words, the benefits of success are real. But so has been the risk.

Moderna incurred new debt to finance its vaccine development. And, as the New York Times observed before the vaccine was found to be effective, “Moderna and other companies have already begun making their vaccines ‘at risk,’ meaning financial risk, because if the products are found not to work, they will have to be thrown away.”

As self-evident as all this may seem, it’s important to remind ourselves that private risk by traditionally structured stock corporations can lead to vast social benefits. Activists and corporate critics tend to claim that only redirected, activist-guided, and specifically targeted investment can achieve this on a large scale. For some, this goes by the name “impact investment”; for others, ESG (environmental, social, and governance) investing; for others, “sustainable accounting”; for still others, new corporate forms entirely, such as “B” corporations.

Whatever it is called, this kind of investing is celebrated as a new and improved form of capitalism or investor analysis, one that corrects for the “collateral damage” caused by free markets. Vaccine development demonstrates just the opposite: that in the service of shareholder returns, traditional risk-taking, albeit somewhat softened by government and augmented by traditional philanthropy, can be the engine of life-saving innovation. Although billions of profit may be realized by the vaccines, untold trillions of lost economic activity will be spared. To say that such returns dwarf those of solar panel manufacturing and other darlings of impact investment is understatement in the extreme.

The assertion that market capitalism is a social and environmental threat is, it might be said, as old as Marxism. But it has taken intellectual center stage in the years since the 2008 financial crisis — and includes advocates at the highest levels of philanthropy and venture capital. A private blue-ribbon group, the National Advisory Board on Impact Investing, includes representatives of the Omidyar Network, the Case Foundation, Morgan Stanley, the Soros Economic Development Fund, and the Ford, Rockefeller, and MacArthur foundations. Its premise has been enunciated by former Rockefeller Foundation president Judith Rodin as a distinct, new form of investment, informed by social and environmental values. The goal, framed as novel, is, she says, “to deliver both financial returns and social and environmental benefits.” Apparently, Rodin views those as otherwise being in conflict. To resolve that contradiction, she argues, what’s needed is a new way of deploying capital that can “combine the demand for profitability with a desire to solve social and environmental problems.” In their book about “transforming how we make money while we make a difference,” Antony Bugg-Levine of the Nonprofit Finance Fund and Jed Emerson of ImpactAssets write of alleged pioneers who “are maximizing the total value of their investments and organizations, creating a high-octane blend of economic performance and sustained environmental and social impact.”

To facilitate such a shift in corporate planning and strategy, the Sustainable Accounting Standards Board, whose chairman emeritus is Michael Bloomberg and whose board includes former Securities and Exchange Commission chairwoman Mary Schapiro, even proposes a new form of accounting that would consider social, environmental, and “human capital” criteria, in addition to the traditional bottom line. It would call for SEC filings to include everything from a firm’s effect on the plant life and animal populations in its environs to responses to the “expectation that a business will contribute to society in return for a social license.” The subjectivity of such criteria is breathtaking. Prior to the pandemic, one could hardly have been confident that the villainous “Big Pharma,” so widely accused of drug price-gouging, would have gotten its investment seal of approval.

Others go even further and urge that entirely new corporate forms are necessary. Writing in the Stanford Social Innovation Review, a regular platform for such views, Cheryl Dorsey of Echoing Green and three co-authors have argued for hybrid businesses that represent a “blend of social value creation and commercial revenue,” providing “products and services that, when consumed, produce social value.” This is an unsubtle way of asserting that traditional, for-profit firms benefit their owners but don’t necessarily produce social value. Such advocates are keen on so-called “B Corporations” (“B” is for benefit), which promise social returns as judged on criteria other than profit. Again, this introduces subjectivity into the disciplined world of finance and capital.

It is, of course, highly unlikely that any one of the above would disapprove of life-saving vaccines. That’s not the point. They would, however, seek to distort the overall system of capital allocation — historically directed by the signal of product profitability, within a government-regulated framework — by privileging their own values and definition of what makes for social benefit. To the extent that solar panel manufacturing gets their thumbs-up and attracts investors as a result, there may be less capital, in times of crisis, for more immediately pressing needs (such as, for instance, a vaccine). This is not an argument for Wild West capitalism. Democratically elected governments should and do set pollution standards and a wide range of consumer protections. That’s quite different from embedding a particular set of values into the financial accounting system itself or insisting that corporations be judged on criteria other than their profitability.

What I have characterized previously as “ quasi-capitalism” should also be seen as a threat to traditional philanthropy. It is a short step from the belief that a transformed corporate sector can and should seek nonmarket social goals to the view that philanthropy is at best redundant and therefore should have no special tax treatment. As Vermont Sen. Bernie Sanders has famously put it, “I don’t believe in charities.” Traditional philanthropy, generally the fruits of traditional capitalism, complements investment by helping to create a high-trust society precisely by revealing the shared social benefit of much private business activity. And, as we’ve seen in the case of the COVID-19 vaccine, philanthropy that supports medical research leads to important practical applications — see Parton’s $1 million gift to the Vanderbilt medical school. So, too, did the research capacity of the Harvard Medical School, supported by so many donors over so many years.

Any investor who prefers wind turbine manufacturers rather than oil drillers has the right to make such choices. But the success of Pfizer and Moderna reminds us that we cannot predict, nor should we be smug about, the future sources of maximum social benefit.

Howard Husock is executive senior fellow at the Philanthropy Roundtable and an adjunct scholar at the American Enterprise Institute.