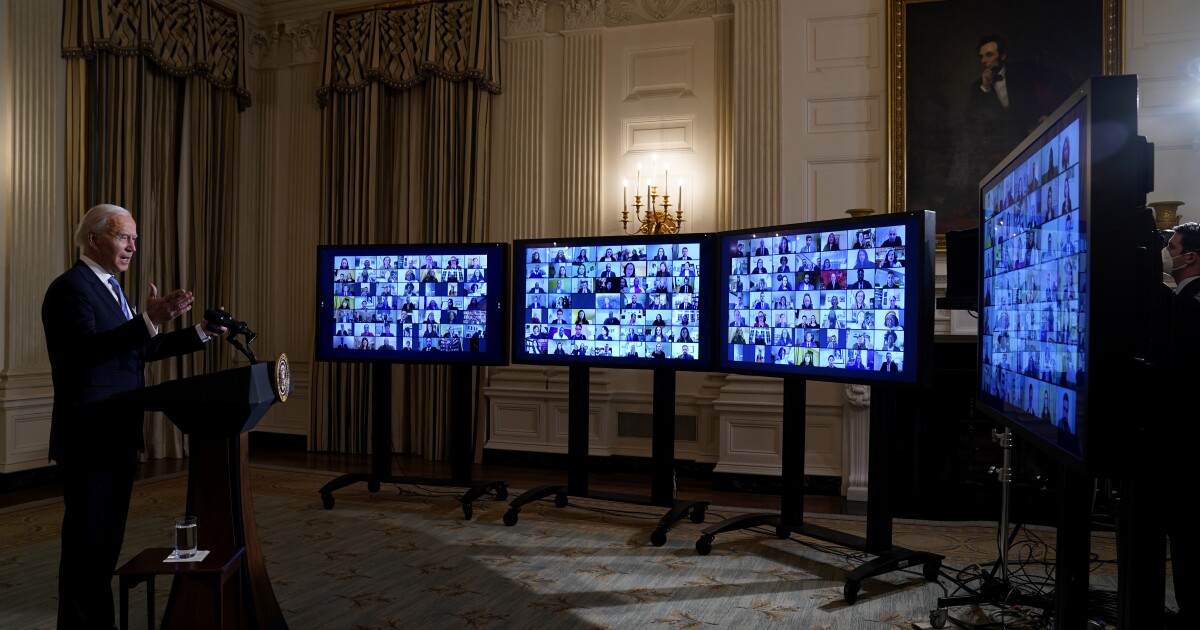 Big Tech companies such as Amazon, Google, IBM, and Twitter gave praise and support to President Biden on his first day in office, immediately drawing contrast to their frosty relationship with former President Donald Trump.

Shortly after Biden officially became president on Wednesday, Amazon offered to lend a helping hand in the mass distribution of the coronavirus vaccine rollout, which has hit some speed bumps thus far.

In a letter distributed Wednesday by Dave Clark, Amazon's head of worldwide operations, he said Amazon's large employee base and size and scale across make it a valuable resource for the Biden administration.

“We are prepared to leverage our operations, information technology, and communications capabilities and expertise to assist your administration’s vaccine efforts,” Clark said.

Amazon did not make the same offer to Trump when he was in office. The vaccine rollout started in December.

Google, like many other Big Tech companies, has backed revamping the U.S. immigration system to make it easier for skilled workers from other countries to work in the United States.

“We look forward to working with the new administration to help the US recover from the pandemic [and] grow our economy,” Pichai said in a tweet on Wednesday.

No such overture was made by Google while Trump was president. Trump has a more contentious relationship with Big Tech companies, especially after being banned by most social media giants after the violent Capitol attack on Jan. 6, including Facebook, Twitter, and YouTube, which is owned by Google.

Furthermore, tech giant IBM and social media platform Twitter also praised Biden's executive order Wednesday that sought to preserve protections and rights for recipients of the Deferred Action for Childhood Arrivals program. The program allows illegal immigrants who were brought to the United States as children to apply for protection from deportation. Trump long sought to roll back the DACA program.

“Today's action by Joe Biden to preserve DACA tells our Dreamers that this country cares,” IBM wrote on Twitter Wednesday. “We look forward to a permanent, bipartisan solution in the near future.”

Twitter highlighted that “diversity makes the US, our company, and our world better” and stressed it would “continue to advocate for policies that support and recognize the important contributions of immigrants.”