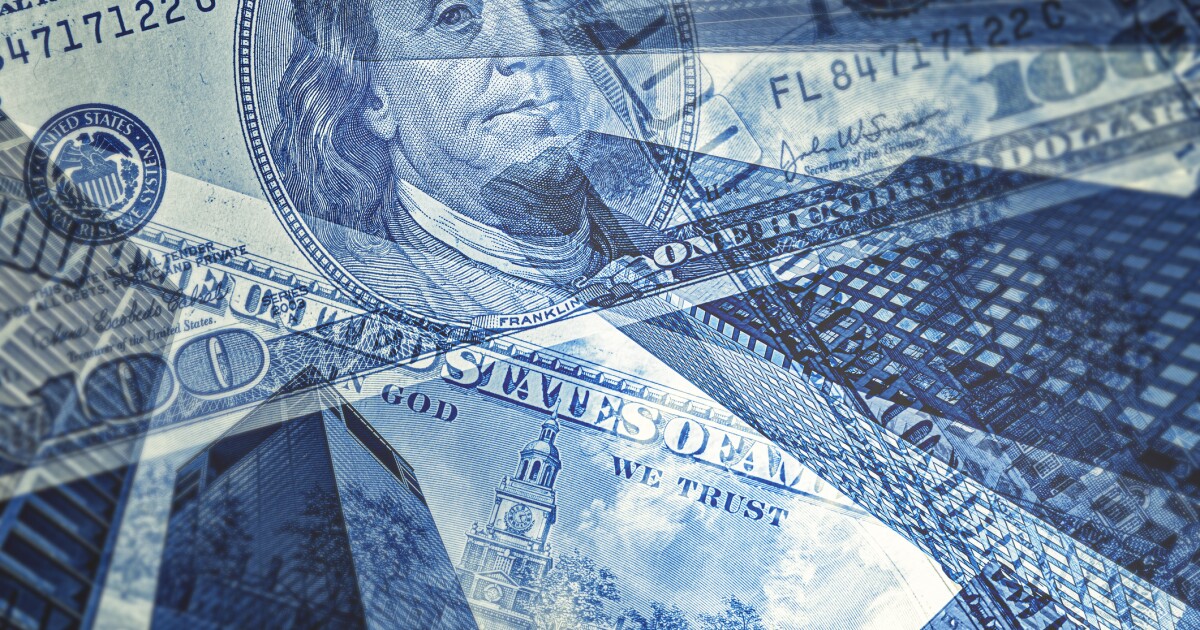 As the pandemic and lockdowns swept the country in the early months of 2020, many states braced for the worst. Slowdowns in economic activity, a weakened travel and tourism industry, small-business closures, and increased unemployment all pointed to the likelihood of a prolonged fiscal slump. But after bottoming out in the spring of 2020, state revenues have been climbing ever since.

Fiscal exuberance now fills the air, with some governors signing the biggest budgets and recording their states’ largest revenue increases in history. State revenues are on average 19% higher than they were at the same time last year. On paper, state and local balance sheets are looking better than they have in a long time.

But behind the euphoria is a real concern: This isn’t normal. A portion of this boost is due to about $5 trillion in federal stimulus infusions into consumers’ pockets, small-business balance sheets, and state budgets. What happens once federal transfers recede? Will pumped-up budgets bait lawmakers into setting new spending baselines that place big demands on state taxpayers in just a few years, a kind of pandemic stimulus-induced hangover?

California registered $7.2 billion more in state taxes than last year. After signing a historic $127 billion budget, Gov. Gavin Newsom is “harnessing the biggest surplus in the state’s history” with a “Golden State Stimulus ” that distributes $12 billion in tax rebates for middle- to low-income families. There are new programs to curb homelessness, improve public health, provide a state-funded safety net for undocumented immigrants, subsidize college tuition, and give college savings accounts to millions of K-12 students.

Idaho is using its $800 million surplus to drop $263 million into its “Rainy Day Fund” and fund tax rebates, tax cuts, and increase spending in transportation and education. Many other states are increasing spending, largely on education and Medicaid, by double digits , including North Carolina (11.6%), Vermont (14.5%), and Pennsylvania (21.3%).

Few envisioned this kind of rebound in the early months of 2020. According to the Urban-Brookings Tax Policy Center, the bottom was hit quickly. Between April and June, on average, total state tax revenues dipped by $77 billion, or 26%, from the same period in 2019.

While recovery was uneven, a combination of factors meant many states were able to recover quickly. Depending on their economies and tax structures, some states continued to see strong income tax receipts in 2020 as many higher earners remained employed and able to work from home. The taxation of online commerce poured more sales tax revenues into state coffers. As economies began reopening last summer, pent-up demand, partly enabled by a series of federal stimulus packages, drove increased economic activity.

At the beginning of 2021, income tax revenues were up by 18.5% compared to the previous year. Despite these gains, Congress passed an additional $1.9 trillion in aid in March. The result: States with large budget surpluses are left trying to figure out how to use billions of federal dollars.

The biggest risk of revenue windfalls is not what happens today. It’s what they do with the money that matters. Which states will use a temporary infusion to fix structural imbalances, and which ones, perhaps driven by a sense of budgetary invincibility, will build out future spending? New Jersey and Illinois provide cautionary tales.

But there’s more to the story. In June 2020, the state issued $4 billion in COVID bonds to fill a budget gap that was ultimately covered with federal funds, thus adding to its total debts. The rest of New Jersey’s $10 billion surplus comes from $6.4 billion in federal funds. The state plans to spend $3 billion more in the new budget year than it can finance based on recurring revenues, a recipe for future deficits.

Illinois has run deficits since 2001 and has the lowest credit rating among the states. It recently enjoyed a slight bump from one to two notches above junk bond status by Moody’s and S&P. Gov. J.B. Pritzker points to “true fiscal stability ” being achieved, but these are stimulus-induced credit upgrades, a fact highlighted by Sen. Dick Durbin, whose reaction to the credit bump was to congratulate Congress on sending $8 billion in federal tax dollars to his state.

With each economic crisis, federal transfers risk becoming routine, eroding state fiscal responsibility and adding to the federal debt. In 2009, the American Recovery and Reinvestment Act sent $173 billion to the states to backfill budgets in the name of Keynesian stimulus. Most of it, $130 billion, was used to reduce state borrowing . The rest went to expanding health and welfare programs, namely Medicaid, advancing federal policy objectives.

The growing magnitude and frequency of federal transfers have serious consequences. Swapping cheaper federal debt for state debt may seem harmless, but that’s not the case when it’s used to increase spending that requires states to hike taxes or to paper over decades of structural deficits. Billions in federal windfalls may only encourage some of the most fiscally profligate states to see who can run fastest over a fiscal cliff.

Ted Bolema  is the executive director of the Institute for the Study of Economic Growth. Eileen Norcross  is the vice president of policy research and a senior research fellow at the Mercatus Center at George Mason University.