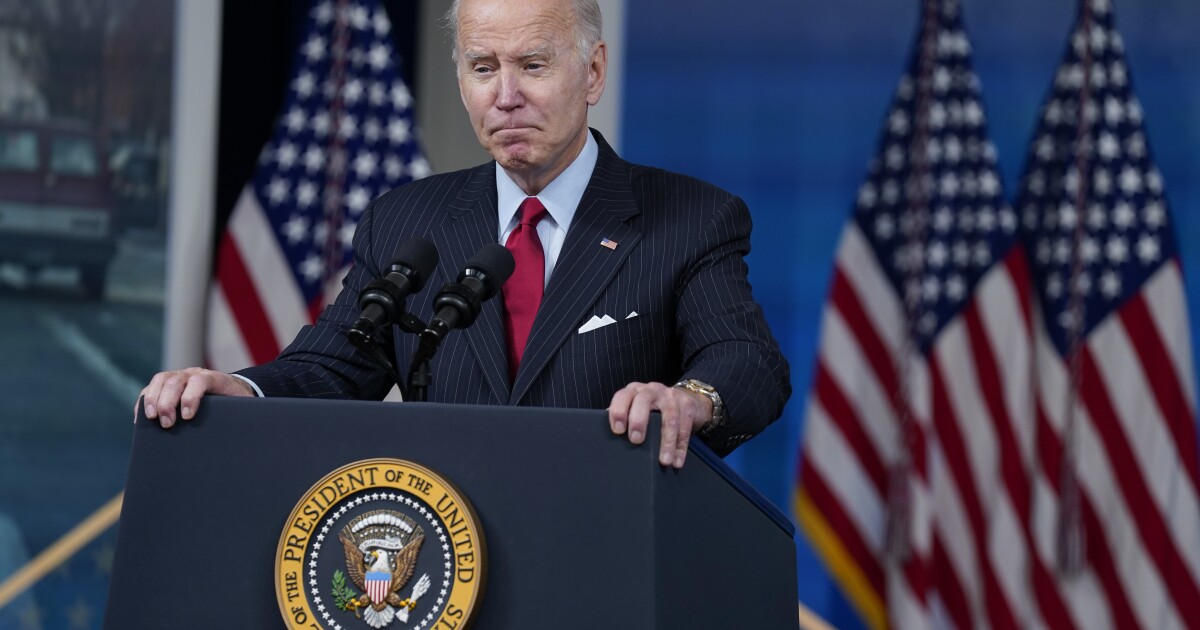 Consumers already have been suffering from near-record high inflation for months now, and today’s Black Friday Christmas shopping will deliver only more sticker shock. While almost everything people buy has become more expensive under President Joe Biden, it is actually low-income voters who are most likely to tell pollsters that rising gas and grocery prices are a “very big problem” facing the country.

Don’t worry though, White House press secretary Jen Psaki said last week, because Biden’s Build Back Better agenda has “a number of components” that “will lower costs next year for the American people.” Psaki then promised that the price of child care, preschool, and housing would all go down next year if Build Back Better Became law.

How completely delusional. Only someone who believed implementing a catch-and-release policy on the southern border wouldn’t lead to record high illegal border crossings could possibly make such a promise. Oh, wait.

The problem with the child care and preschool policies in Build Back Better is the same problem that relentlessly drives up costs in the higher education and healthcare sectors. In healthcare, the federal government has passed countless regulations, such as Obamacare's guaranteed issue regulation, that drive up healthcare prices for everyone. The federal government then “solves” this problem by giving consumers subsidies to buy the now more expensive healthcare. This cost-shifting may make healthcare more affordable for a few people, including those with preexisting conditions, but it raises prices for everyone else, which are then paid for by consumers in the form of higher deductibles and by taxpayers in the form of higher subsidies.

Biden’s child care and preschool plans largely follow this same model. New regulations, such as higher pay and stricter education requirements for daycare providers, will only drive up the cost of day care. Biden then “solves” this problem by giving parents subsidies to buy day care on a sliding scale based on income. While a minority of parents may benefit in the end, many, especially married parents, will end up paying more.

And this assumes the child care and pre-K industries will be able to double their existing capacity overnight. No one outside of the Biden White House believes this will happen. The result will be long day care waiting lists and higher prices as states begin to implement the new regulations required by Biden’s bill. This is probably part of the reason a majority of voters believe Biden’s Build Back Better agenda will make inflation worse .

Not only did that stimulus bill send hundreds of billions of dollars worth of checks directly to people so they could bid up the price of everything, but it also sent hundreds of billions of dollars to states to help them balance their budgets. The problem is, most states already had balanced their budgets so they didn’t really need the money. Many states just passed all that money on to residents in the form of direct payments or tax cuts. This, again, only drove up demand and prices for goods and services.

The best thing Biden could do right now to fight inflation is to stop digging. Instead of adding $791 billion to the nation’s debt in just five years, as Biden’s Build Back Better agenda does , Biden and the Democrats should just stop spending more of other people’s money.

Congress still needs to pass the annual National Defense Authorization Act, pass annual appropriations bills needed to keep the government open, and raise the nation’s borrowing limit. It has to do all this before Christmas. Time to drop Build Back Better and get to work.