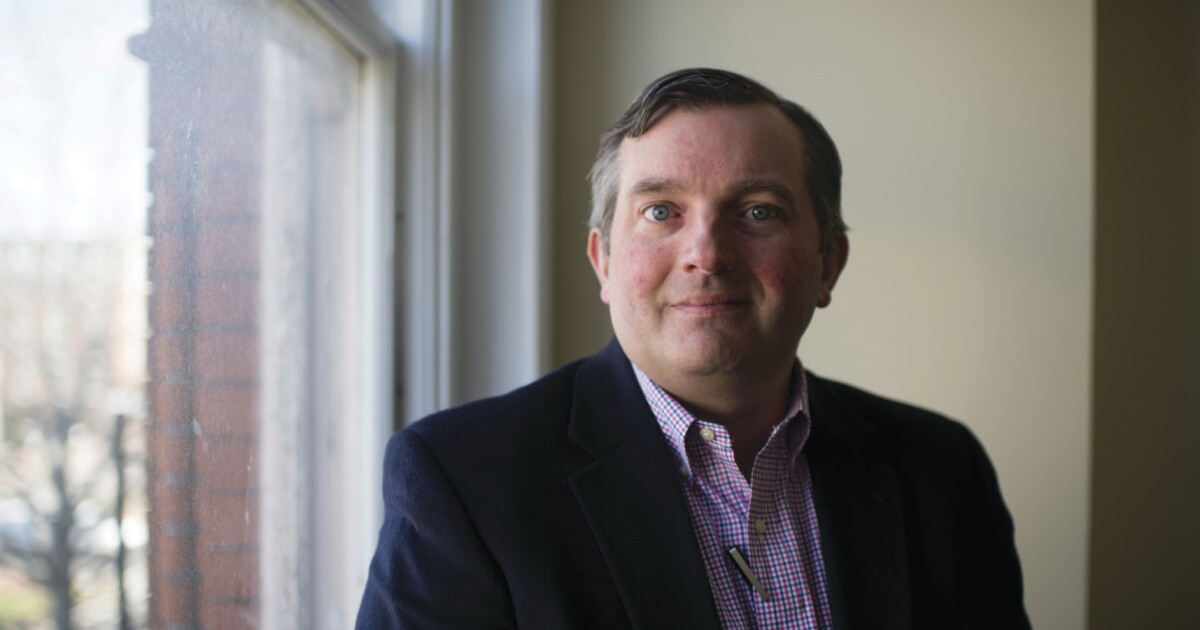 Neil Bradley is executive vice president and chief policy officer at the U.S. Chamber of Commerce, the nation’s largest business advocacy group. The Chamber is the largest lobbying group in the United States, spending more money than any other lobbying organization on a yearly basis.

Bradley is a native of Sapulpa, Oklahoma. He graduated from Georgetown University and resides in Washington with his wife, Kiki, and their son, Peter.

Bradley spoke to the Washington Examiner about the effects of the 2020 election, coronavirus-induced economic lockdowns, and how businesses are faring during this period.

Neil Bradley: It appears that we will continue to have a divided government in Washington. Divided government requires that the parties come together to get things done. We are five months overdue, for example, on the next COVID relief package. That is most pressing to produce, and there's no reason to wait another three months. We know that, at the end of the day, this takes compromise between the parties. And it's past time for them to compromise and get a bill done to support mainstream businesses who continue to struggle as a result of the pandemic.

Washington Examiner: I know recently that we’re just a month downstream from Europe in regards to the virus, and so we could end up having another strict economic shutdown like Europe is facing right now. However, many Republicans in the Trump administration and in the House and Senate want to open up our economy even further and say that is the best solution going forward. Your thoughts?

Bradley: And we all want to open things. But being open in the midst of a pandemic requires that certain public health measures be taken. It starts with masks. If it's a choice between mask requirements and shutting down the economy, I would hope everyone recognizes that mask requirements are the commonsense choice for both public health and economical reasons and maintaining some social distancing requirements, but within an economy that is otherwise open, it's absolutely preferable to having an economy back and shut down. If we want the economy to recover, if we want jobs to recover, we have to arrest the spread of the COVID.

Washington Examiner: But if you talk to many Republican governors, some folks on the coronavirus health task force, some Republican senators, and of course many conservative economists, many of them say we don't necessarily need strict public health measures and that we should instead focus on continuing to open up our economy, no?

Washington Examiner: And so, why do you think, despite the evidence of what we're seeing with the virus in Europe and the struggles we’re seeing in particular parts of the country both in terms of medical resources and economic suffering, why do you think, despite this evidence, we still have this big push for fully reopening the economy right now? To play devil's advocate for them.

Bradley: Yeah, I don't know who you're talking to. We're following the advent of what's happening in Europe, in the states, and what the medical experts are saying. Look at what Dr. Fauci and Dr. Birx and Scott Gottlieb and Mark McClellan are saying. These are experts with deep experience who are really outlining the choices that are available. All of those experts I just mentioned have said there are ways to mitigate the spread and still avoid a full lockdown. If that's an option and that's what the experts tell us, then it seems like common sense to follow that approach.

Washington Examiner: What are you hearing from small businesses all around the country? Are they ready and open to following much stricter standards when it comes to masks and social distancing and somehow still running their businesses with these stricter expectations in terms of public health guidelines?

Bradley: Yes, absolutely, particularly when they're seeing other countries and discussions about potentially even further restrictions. Everyone would prefer it to be able to remain open with [the] minimal [of] the basic public health measures that are required to arrest the spread of the virus.

Washington Examiner: So, fundamentally, there is not a big push or complaints that you're hearing from businesses saying that they want to open up the economy fully as soon as possible, now?

Bradley: The biggest thing we hear, and it shows up even in our polling, is fear that another coronavirus wave, if left unchecked, will result in the need for another springlike lockdown. That is the penultimate and ultimate concern.

Washington Examiner: I know that there's been some backlash regarding some of the Chamber's endorsements of Democrats last week. I just wanted to quickly check if those have died down, or have you continued to face a lot of pressure from the Trump administration and Republicans for that?

Washington Examiner: So, it's a misperception, then, that the Chamber is more aligned with the Republican Party?

Bradley: There's no question, particularly in recent years, there's been more overlap with Republicans and with Republican officeholders, but it's never been exclusive. And I remind folks, the same scorecard that produced the 30 Democrats who earned the Chamber's endorsement also produced 192 House Republicans earning the same endorsement.

Washington Examiner: So, that strong overlap and loyalty with Republicans hasn't changed. It's just kind of like a tiny blip in the other direction?

Bradley: We don't approach this by looking at what someone's party label is. We look at it by saying, “How did you vote, and what did you do for the business community's priorities?” And from that, irrespective of what party you are in, if you've done the things to support the business community, you will get the Chamber’s support. I know it is a foreign concept for many in Washington for whom the first and only thing that they want to know about someone is what letter is after their name, what political party someone belongs to.