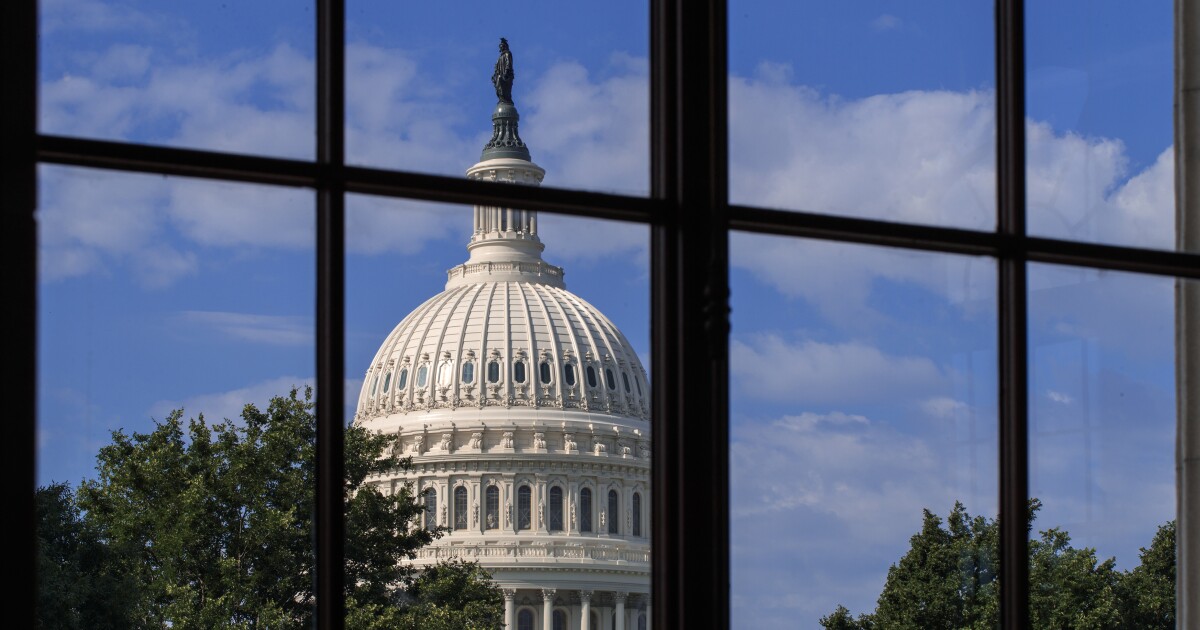 Here we are this weekend, facing another deadline — a manufactured crisis and “must-pass” situation, as if we were surprised by it. The majority of Congress is sitting here on Capitol Hill twiddling our thumbs, while leaders in both chambers pretend to battle over last-minute negotiations.

In May, the House passed the HEROES Act. To be fair, I did not vote for the HEROES Act. I felt it spent far too much on items completely unrelated to the coronavirus pandemic. House Democrats had taken Rahm Emmanuel’s advice and did not allow a crisis to go to waste. So, they packed coronavirus relief with other liberal wish-list items. I will never argue that the Senate needed to pass the HEROES Act, and I would vote against it again today. But the Senate could not get two of their own relief bills passed, either.

Maybe this is all smart tactics and strategy to box in the other side, but the grandstanding and gamesmanship come at the expense of the public. We were fortunate to see an uptick in our economy, a steady decline in unemployment during the warm summer and early fall months. But we’ve seen the coronavirus come back something fierce, worse than the spring.

What has Congress done? Nothing. We passed endless suspension bills, pretending to buy time. The House voted on messaging bills we could all go back to our districts and proudly say we voted for or against, bills that have never and will never become law. Speaker Nancy Pelosi, Senate Majority Leader Mitch McConnell, and Senate Minority Leader Chuck Schumer maneuvered and countermaneuvered endlessly, without a real negotiation or compromise in sight. Pelosi even admitted she had stalled because of the election. McConnell reportedly pushed for direct payments to the public because of the special election in Georgia, not because it’s the right thing to do when the government effectively shuts down people’s ability to provide for their families.

That we were at the starting point from May until just a few weeks ago is an astonishing display of arrogance and aloofness among our political elite. In that time, 60% of business closures were due to COVID-19. One estimate says that 100,000 businesses that were to close temporarily will never open back up.

This was all foreseeable, and in typical Washington fashion, we wait until the very last minute, hoping that the other side will take the public blame for stonewalling and stalled negotiations. We couldn’t even pass a reauthorization of the expired Paycheck Protection Program with more than $136 billion left over to help small businesses keep employees on the payroll.

I do not pretend to be a bipartisan, kumbaya-singing centrist. I consider myself as conservative as they come and will gleefully criticize the socialist nonsense of the Left. But Congress needs to be responsive and responsible. With the wave of mandates and public health orders that have forced countless businesses to close, I consider coronavirus stimulus payments, enhanced unemployment benefits, and programs such as the Paycheck Protection Program (all temporary in nature) to be akin to eminent domain. If government action negatively affects your livelihood in extraordinary yet temporary situations like this, then the government should provide appropriate compensation.

To a certain extent, the content of whatever coronavirus relief legislation will emerge in the coming hours or days is beside the point. Members of the House and the Senate should not be angry that we may miss Christmas because of this. We, and you, should be angry that families might miss Christmas because Congress failed to act promptly after they were harmed by the pandemic and the actions of their government.

The fact that we waited this long while businesses closed, workers lost wages, and countless people may face eviction or foreclosure next year reflects how out of touch Washington is. It’s time for Pelosi, McConnell, and Schumer to retire or be fired. It’s time for term limits. I’ve come to understand and believe that limiting the time in which politicians can climb the ladder and become swamp creatures is one of the few ways to make Congress a more responsive and representative body of the people.