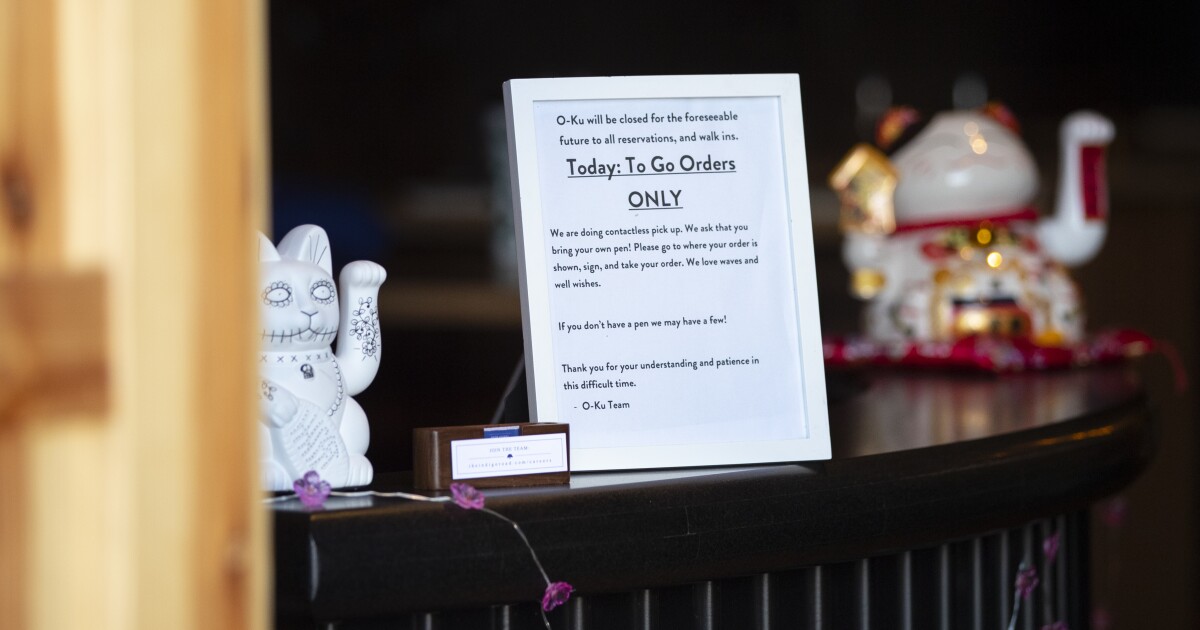 In a highly controversial move that could attract legal challenges, local Washington, D.C., lawmakers have dealt another blow to the district’s beleaguered service sector businesses by passing the Displaced Workers Right to Reinstatement and Retention Amendment Act of 2020.

On Dec. 14, many district businesses’ capacities were cut in half from 50% to 25%. Then, on Dec. 15, lawmakers passed a bill, still awaiting the mayor’s signature, that dictates precisely who companies must rehire if they manage to survive this next round of restrictions.

The bill reads like a labor union contract. It mandates that certain service-related businesses with 50 or more employees and that laid off workers during the pandemic (after Dec. 1, 2019, for hotels and after March 1, 2020, for other businesses) must offer to reinstate those laid-off workers to their previous jobs before hiring new workers.

Moreover, any business that has more than 25 employees and which contracted with certain individuals such as food service workers, janitors, non-professional healthcare workers, and security workers must offer those contract workers reinstatement before attempting to hire any new contractors for similar positions.

If there is one thing we all know about COVID-19, it’s that things aren’t going back to “normal” because of it. For better or for worse, COVID-19 has brought about changes that are permanently altering the way we live. Faced with school closures, some families may have chosen to home-school their children or send them to private school. Faced with reduced incomes, some households have given up their cable subscriptions. Others have moved out of their homes or apartments to live with a family member.

Imagine if lawmakers told families that they must return to public schools when they reopen or that households that want to reenroll in cable subscriptions must return to their old providers or that individuals who moved to new places must go back to their previous residences and may seek new housing options only if the old is not available. Such dictates would be barefaced violations of individuals’ freedoms and choices.

It’s one thing when labor unions and employers sit down at the table to negotiate things such as reinstatement provisions. But it’s dictatorial when government officials take on the role of union bosses and write such provisions into law without agreement from either workers or employers.

What’s worse is the bill’s unequal application. The law applies to hotels, restaurants, taverns, brew pubs, nightclubs, clubs, event and entertainment venues, and retailers but not to other businesses such as gyms, taxicab companies, catering services, or hospitals.

Then, there are the special carveouts. The city’s public and charter schools, for example, do not have to reinstate police officers as school resource officers. Restaurants, taverns, brew pubs, nightclubs and clubs are exempt from the law’s requirement that companies base their reinstatement offers on seniority, as opposed to workers’ capabilities and performance.

The same businesses are also exempt from the bill’s provision that requires new owners who purchase an existing business (and maintain its general purpose, as in keeping a hotel as a hotel) to rehire the previous owner’s employees based on seniority, even if they never met them, know nothing about them, and may not fit the new owner’s needs. That’s like telling new homeowners they can’t repaint the walls or remodel the kitchen.

Except for those exempted, the bill requires that employers retain reinstated employees for at least 90 days, at which point employers must perform a written evaluation of the reinstated workers. If their performance is “satisfactory,” the employer must offer them continued employment.

In instances when an employer’s acts with “malice” or “reckless indifference,” employers will have to provide workers with “treble damages” and “compensatory or punitive damages.”

District policymakers would do far more good for far more workers by minimizing unnecessary restrictions on businesses so that they actually have jobs available for workers. Moreover, they can boost job opportunities by providing limited liability for workers and businesses that follow CDC guidance, respecting individuals’ right to work, repealing wage restrictions that reduce jobs, and ending restrictions that limit workplace flexibility.

Rachel Greszler is a research fellow in the Heritage Foundation’s Grover M. Hermann Center for the Federal Budget.