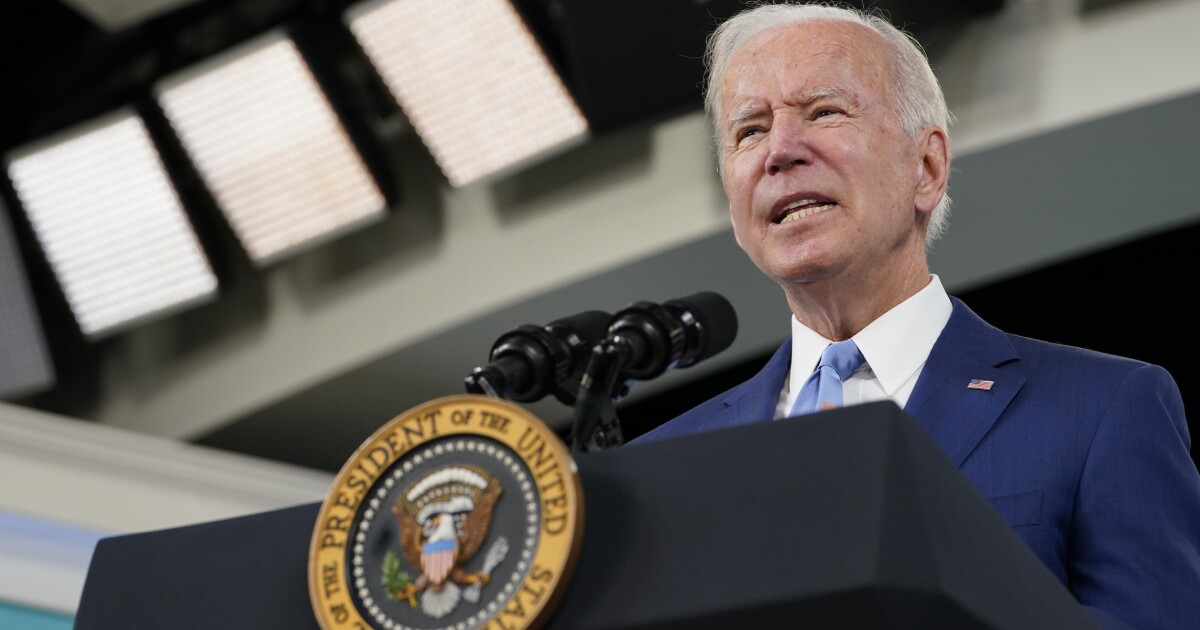 President Joe Biden and his fellow Democrats have been pushing tax increases to fund a large expansion of entitlement programs.

Facing resistance, Biden is now backpedaling on some of the proposed tax hikes. But the threat has not passed, and we can expect Democrats to shift their revenue-raising strategy in the weeks ahead. The problem Democrats face is that the public does not favor tax increases. Gallup polling finds that 50% of us want fewer government services with lower taxes, while just 19% want more services with higher taxes. To sidestep public resistance, Democrats are pushing two false narratives.

The first is that tax hikes will only target the rich, not the middle class. But House Democrats have already broken that pledge with a proposal to raise tobacco taxes by $97 billion over 10 years. They have also broken it with their plan for new Internal Revenue Service data gathering from bank accounts. This could target millions of middle-income households and businesses for enforcement actions over transactions that IRS computers erroneously flag as suspicious.

More broadly, Democrats are promising an expansion in cradle-to-grave welfare benefits, akin to the benefits in many European countries. But Europe finances these with a mass tax on the middle class — the value-added tax. VATs are imposed on the products that all families consume with an average VAT rate in Europe of an exorbitant 21% .

If Democrats entrench new entitlements in the federal budget, the programs would likely cost more than planned, and tax hikes on the rich would collect less than planned. That would create pressure to go after the wallets of the middle class with a VAT.

The second false narrative is that rich people don’t pay their “fair share” of taxes and enjoy lower tax rates than the middle class. Such claims are repeated endlessly by Biden , House Speaker Nancy Pelosi , and Senate Majority Leader Chuck Schumer . The president, for example, recently tweeted : “I’m sick and tired of the super-wealthy … not paying their fair share in taxes.”

The strategy is to frame the rich as freeloaders and target them for punishment. But the Democratic claims are false. All authoritative data sources show that high earners pay much higher effective tax rates than the rest of us. IRS data show that the average individual income tax rate on the top 1% of households is 25%, which compares to just 7% for middle-income households and 3% for the bottom half of households.

True, some rich individuals do use loopholes that Congress carved into the tax code to lower their rates. But the overall averages reveal that the wealthy generally pay a much heavier tax load than nurses and teachers. Besides, the solution to the loophole problem is to close the loopholes. Instead, the House tax bill includes dozens of new and expanded tax loopholes for the electric vehicle industry, housing developers, energy companies, ethanol producers, and many other special interests.

While carving out new loopholes, the Democrats would raise overall tax rates on individuals, small businesses, and large businesses. Contrary to Biden, such tax hikes would punish success and damage the middle class by reducing investment and growth in the economy.

Chris Edwards is the director of tax policy studies at the Cato Institute.