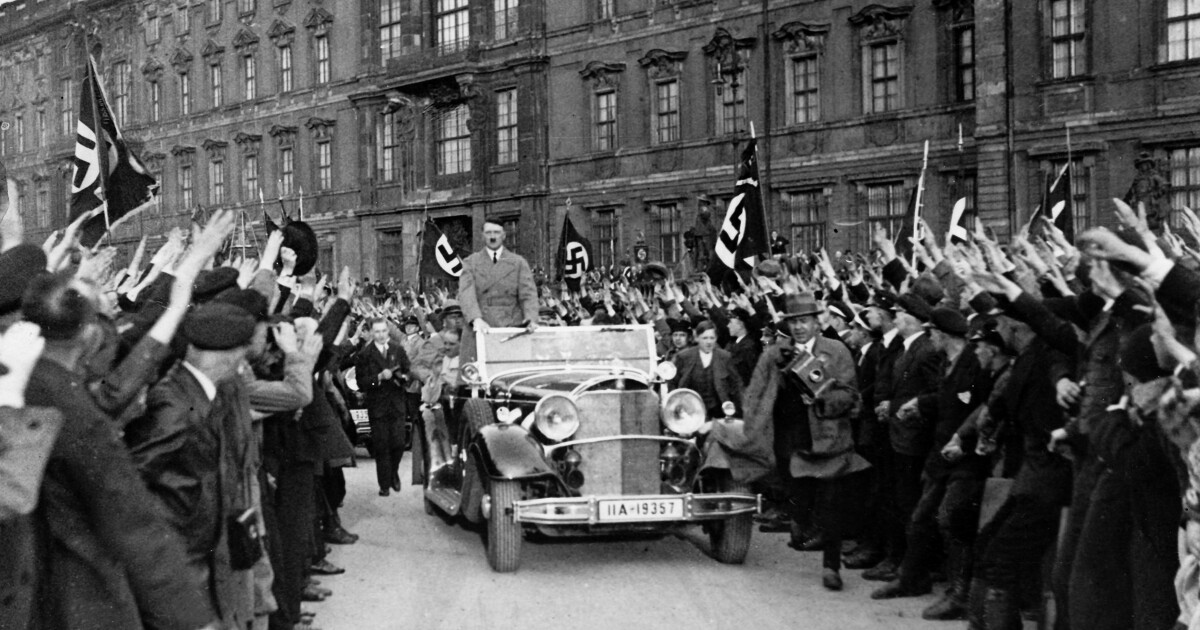 Governments throughout history have seen political and social unrest stem from fiscal irresponsibility.

Louis XVI supported the Continental Army during the American Revolution, and although he found himself on the winning side, it proved costly. His finance minister, Jacques Necker, was fond of using loans to finance the war efforts. France’s war expenditures, loss of vital colonies, and inefficient tax system resulted in its incurring $4.58 billion in debt, with the debt exceeding the revenue by over 50%, according to records released by Necker in 1788, the year of a financial disaster. “The immediate cause of the French Revolution was the fiscal crisis of 1788,” according to Thomas Sargent, a professor at the University of Chicago and Stanford University. To solve the crisis, Louis XVI called the Estates General in Paris, a gathering of the country’s three estates, or social classes: clergy, nobles, and common people — setting the stage for the revolution.

After Germany lost World War I, the Treaty of Versailles stipulated that the country pay a war indemnity of 132 billion gold marks , a nearly impossible reparation. John Maynard Keynes, an economist who worked in the British Treasury, left his post after the Allies forced Germany to pay the amount.

When the newly created Weimar Republic fell behind on its payments in 1921, France decided to collect on the debts by taking over the Ruhr valley, a fertile and resource-rich region in western Germany. The workers in the valley, however, refused to work for their new French bosses and forced them to vacate the region. The Weimar government saw it fit to reward the patriotic residents, but it did not have the money to do it. The solution to its problem and that of the war debt was to print more money. One of the worst episodes of hyperinflation in human history ensued.

Although the currency was inflating during the war, it was accelerated by the 1921 printing of new papiermarks, causing the monthly inflation rate to climb as high as 29,500% in October 1923. By 1925, the Weimar Republic’s debt-to-GDP ratio was 68%. Amid the chaos, the National Socialist German Workers' Party began to gain influence, resulting in the rise to prominence of Adolf Hitler, who called the Weimar Republic a “robbers’ state ” in 1923 for its massive printing of money. The rise of Nazi Germany was a direct result of hyperinflation, many historians argue. “Our hypothesis is that the great German inflation of 1919-1923 was an important cause of the destruction of democracy in the Weimar Republic and the development of totalitarian government which culminated in Hitler’s Third Reich,” wrote economics professor Lewis Hill of Texas Tech University in 1977.

The czarist Russian government entered WWI when it was unable to afford the mobilization, with its troops ill-equipped for fighting. Half the Russian troops would be issued rifles, anecdotes say. When armed soldiers fell, the unarmed ones would pick up their guns. At the outbreak of the war, the Russian debt stood at 8.8 billion rubles, an increase from 1.1 million rubles in 1863. More than half of the debt was incurred in the 20-year period before the war. By contrast, in 1913, the czar’s revenue was about 3.4 billion rubles. To pay the debts, Czar Nicholas II instituted the country’s first income tax. Combined with other taxes, large businesses would face a tax rate of 90%. In the lead-up to the 1917 Russian Revolution, which created the Soviet Union, the communists used the debt as a campaign point. The revolution was precipitated by a “dress rehearsal,” as Leon Trotsky wrote, in 1905, in which the local government of St. Petersburg was arrested by the czar. “The arrest took place a day after we had published our so-called financial manifesto, which proclaimed that the financial bankruptcy of Czarism was inevitable, and issued a categorical warning that the debts incurred by the Romanovs would not be recognized by the victorious nation,” wrote Leon Trotsky in his autobiography.

In the years leading up to the Chinese Communist Party victory in 1949, the Kuomintang brought about debt and hyperinflation with its spending in the fight against the Japanese in World War II and against Mao Zedong in the Chinese Civil War. From 1946 to 1947, prices increased by 612%, and in 1949, the domestic debt exceeded 12 trillion yuan. Although few will point to the poor economy as the sole factor in the communist takeover, many argue it gave Mao a basis for winning support. “It is nonetheless true that whatever basis of popular support Chiang [Kai-shek's] government might have had against the communists was undermined by the inflation. It destroyed the wealth of the Chinese middle class and drove some segments of the rural population into severe poverty,” according to Richard Ebeling, a professor at the Citadel.

King John of England had an obsession with reclaiming the previously English territory of Normandy from France. To fund the conquest, he overtaxed his nobles, using their money in multiple ill-fated battles. In 1204, the year France took control of the region, John instituted a more efficient and burdensome tax system for his kingdom. He collected triple and double his average amount of government revenue in 1211 and 1212, respectively. “Raising taxes made John increasingly unpopular with the English barons, whom the king relied on to assist him in governing the kingdom,” according to the British Parliament website’s history section . The final straw for the barons was his defeat at the Battle of Bouvines in 1214. After the loss, they forced John to sign the Magna Carta, turning England into a constitutional monarchy. Section 12 of the charter prohibited the king from levying taxes without the “general consent ” of the country.

Nero Claudius Caesar Augustus Germanicus, who governed the Roman Empire from 54 A.D. to 68 A.D., had a propensity to spend Roman funds on extravagant feasts and games. “He thought that there was no other way of enjoying riches and money than by riotous extravagance, declaring that only stingy and niggardly fellows kept a correct account of what they spent, while fine and genuinely magnificent gentlemen wasted and squandered,” wrote the Roman historian Suetonius in his biography of Nero. In either 61 or 62, when he found his treasury drained, Nero debased the denarius, the silver coinage of the empire, reducing its weight by 12.5% and its purity by 15%, thereby devaluing the currency. After the Great Fire of Rome in 64, Nero initiated public works projects to rebuild the destroyed areas of the city, including a large palace for himself, the Domus Aurea, meaning “Golden House.” Further north, a man named Vindex led a rebellion of the Gauls in 68 in response to Nero’s tax policy. The commander whom Nero commissioned to put down the revolt declared himself the new emperor, resulting in Nero’s flight from the city to a country villa, where he had a subordinate kill him when Roman forces approached.

As a result of the power consolidation of his ancestors, Charles V inherited the thrones of the Holy Roman Empire, Spanish Empire, and Austrian low countries, making him the most powerful ruler of the Habsburg Dynasty. With great power, however, came great debt. At Charles’s coronation in 1516, his empire’s debts totaled about 20,000 livres . By the end of his rule, the debt rose to 7.5 million ducats . One result was his inability to pay his soldiers in his wars. One such war was that of the League of Cognac, in which Pope Clement VII allied with Francis I of France against Charles.

When Charles defeated Francis at a 1527 battle in northern Italy, he could not pay his soldiers for their victory, so they mutinied and headed to sack Rome to take their payment. The ensuing violence killed thousands and arguably started the Anglican Church. Although Clement survived the sack, he became afraid of Charles. Later in the year, Henry VIII of England asked the pope to annul his marriage to Catherine of Aragon, the aunt of Charles. Not wanting to upset the emperor, Clement denied Henry’s request, leading him to join the Protestant Reformation with Martin Luther.

Toward the end of his reign in 1556, Charles V divided his superempire into a German sector and a Spanish sector. His brother Ferdinand I inherited the German parts, while his son Philip II inherited the Spanish regions, as well as Charles’s debts. Philip saw himself as a crusader against the invading Ottoman Empire and the emerging Protestant Reformation, leading him to build upon his father’s debts. His debt made up 60% of his empire’s GDP, resulting in his defaulting in 1557, 1575, and 1596. Some of Philip’s greatest lenders were merchants in Genoa, who had the authority to stop monetary transfers to Flanders, present-day Belgium and Hollands. They used this power in 1575, the same year the Flemish revolted from Philip. Because the merchants stopped giving him money, he could not afford to pay the troops he sent to quell the rebellion. “This caused the 1576 mutiny. It culminated in the sack of Antwerp and undermined Spain’s position in Flanders,” according to Mauricio Drelichman, a professor at the University of British Columbia.