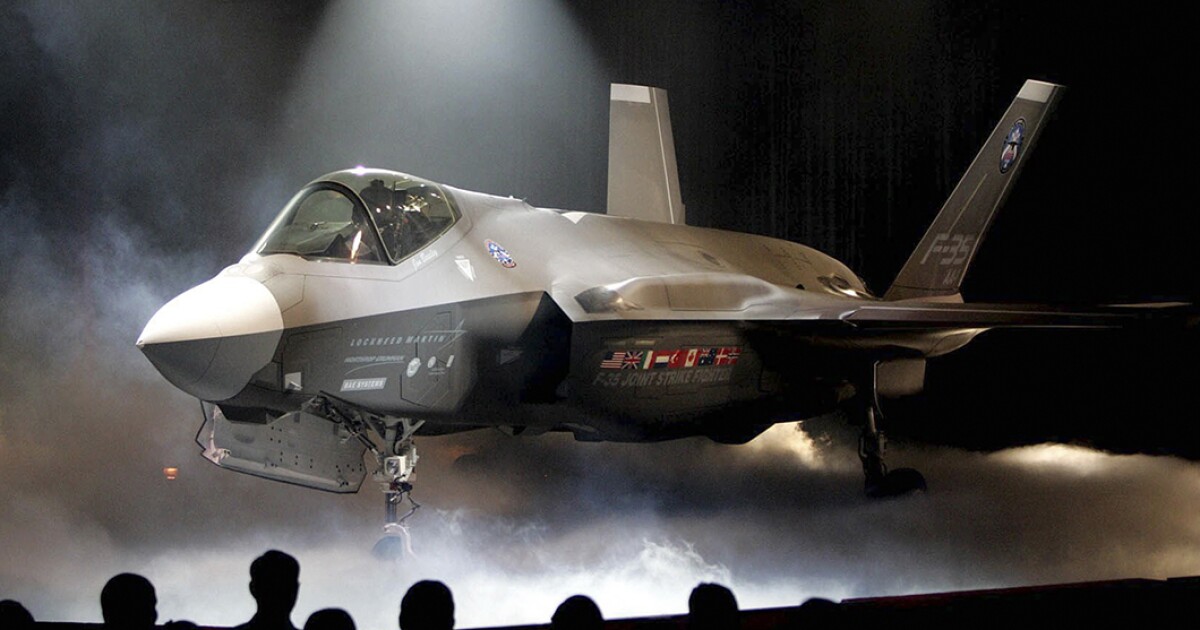 The national debt has eclipsed $27 trillion — or more than $200,000 per household. But instead of making a concerted effort to curb spending, lawmakers are determined to double-down on costly boondoggles. Case in point: the F-35 fighter jet, estimated to cost more than $1.5 trillion over the course of the program. Despite long-standing maintenance issues and supply chain concerns, lawmakers recently greenlit $9.6 billion in funding for 96 new F-35s — 17 more than the Trump administration requested.

Members of Congress need to wind down this failed program, not double-down on it. The debt is the No. 1 threat to national security, and lawmakers should start acting like it.

Even at a time of relative (international) peace, Congress is determined to keep funding the most expensive military program in U.S. history. Rather than looking for ways to keep costs down or at least hold expenses constant, lawmakers are approving money on fighter jets with operational costs 79% greater than the aircraft being replaced by F-35s. And costs are climbing even compared to the already high baseline of spending for the fighter jet boondoggle. In September, Bloomberg contributor Anthony Capaccio noted, “The Defense Department’s blueprint for the next five fiscal years calls for requesting $78 billion for research and development, jet procurement, operations and maintenance and military construction dedicated to the F-35 built by Lockheed Martin Corp. But the [military’s] cost analysis unit estimates $88 billion will be needed.”

For what taxpayers are being asked to pay for this fighter jet program, it is reasonable to expect that the F-35 is a smooth-running safeguard against hostile foreign powers. In reality, the F-35 program is plagued with problems that will inevitably require even more spending in the future. In July, the House Oversight and Reform Committee noted numerous supply-side issues, including behind-schedule depots and the unreliable Autonomic Logistic Information System. And of the F-35 jets that are “successfully” built, many are not meeting reliability and maintainability goals, according to the Government Accountability Office.

Fortunately, there are signs that the Pentagon is starting to see the big picture and focus on a birds-eye view of air defense. Under the Navy’s Next Generation Air Dominance initiative, the military envisions regularly churning out fighter jets with cutting-edge capabilities — rather than relying on a single, monumentally expensive program. This new model would prioritize constant innovation over the failed status-quo of spending twenty plus years on developing a single fighter jet program that has already outlived its usefulness. Additionally, this ramped-up innovation and production would open the door to increased bidding competition, which would lower costs for taxpayers. Such an ambitious undertaking will require close, careful coordination between the Navy and the Air Force to determine the best path forward. Congress will also need to reassert control over the Pentagon budgeting process and insist on strict spending limits for national defense. But one thing is for sure: the failed F-35 boondoggle cannot be allowed to continue.

Proceeding further down the current path of funding the fledgling F-35 will skyrocket the debt and send a message to our adversaries that the U.S. is no longer a leader in military innovation. It’s time to prioritize a robust, nimble procurement process over the unsustainable status quo.

Ross Marchand is a senior fellow for the Taxpayers Protection Alliance.