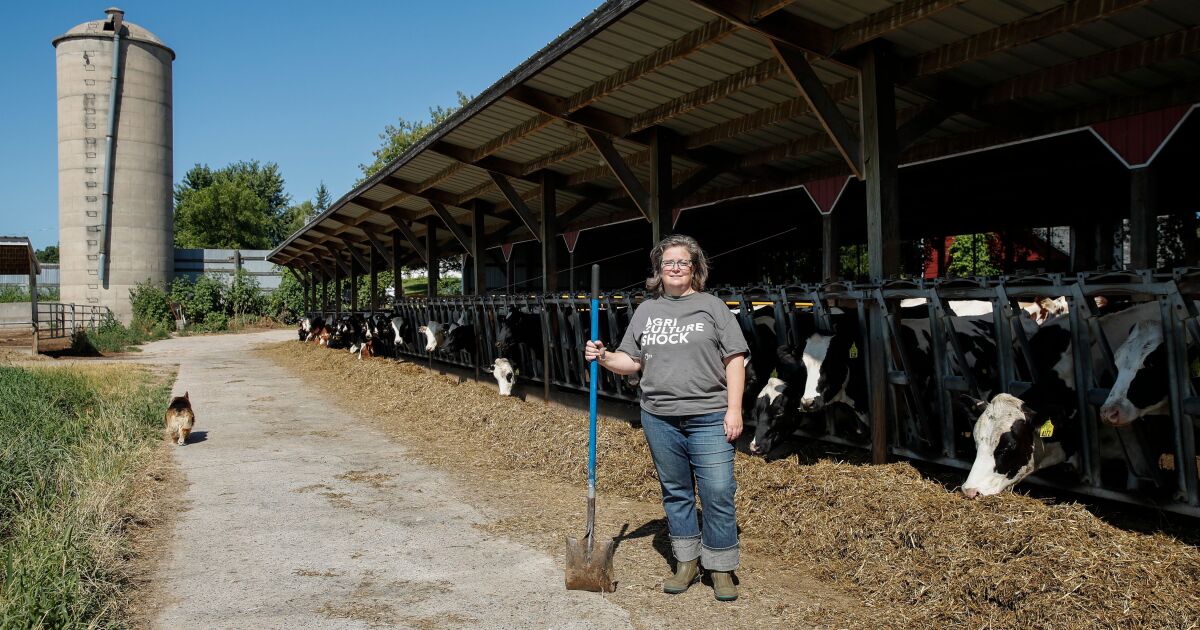 Farming groups, long hostile to policies that curb emissions, are seeking a spot at the table, rather than be on the menu, as President-elect Joe Biden eyes deep greenhouse gas cuts across the economy.

Climate has been “something that’s been feared, in some cases just flat-out opposed, by American agriculture, and we just felt like we’ve crossed over a threshold where we need to be a participant at the table for positive things,” said Chuck Conner, president of the National Council of Farmer Cooperatives and a co-chairman of the new alliance.

“This can be an income-generating tool for American agriculture and for our rural areas versus the fear that it’s just simply going to result in the decimation of our rural areas,” he added.

The groups have been working on the recommendations for most of the year, so they weren’t developed specifically with a Biden administration in mind. However, their timing is fortuitous for the farming sector.

Biden is poised to implement the most aggressive climate agenda of any president, seeking deep economywide cuts that will undoubtedly affect the agriculture industry. Farming groups are now armed with a list of policies to curb emissions that they’d support, giving them an area to work with Biden’s team, rather than only be on the defensive against heavy-handed regulation.

Andrew Walmsley, the Farm Bureau’s director of congressional relations, said the agriculture industry began talking about how to engage on policies to curb emissions shortly after the Green New Deal was introduced by liberal Democrats, including New York Rep. Alexandria Ocasio-Cortez. In February, 21 of the biggest farming lobbying groups representing producers across the sector announced they’d formed a new coalition to advocate for the industry in climate policy talks on Capitol Hill.

“That was really the first opportunity probably in 10 years that we got together recognizing that climate is going to continue to be more and more of a policy discussion on Capitol Hill, no matter what the outcome of the election may be,” Walmsley said.

That coalition, Walmsley said, was focused on producers as a “last line of defense.” In March, the Farm Bureau began working with other farming lobbies and some environmental groups on the broader climate policy recommendations put forward last month by the Food and Agriculture Climate Alliance.

Environmentalists and farm lobbies haven’t always seen eye to eye on climate and pollution policies, but advocates involved in the effort said they found the farming groups to be willing partners.

“Everybody has been extremely proactive and extremely participatory,” said Callie Eideberg, a government relations director at the Environmental Defense Fund who worked on the recommendations. “Nobody’s being forced into this. Everybody’s here because they want to be.”

The recommendations stress voluntary programs that reward farmers and ranchers for sustainable practices that help reduce emissions and store carbon in soils. The groups propose a number of means to pay farmers for undertaking these practices, including developing a private sector market overseen by the Agriculture Department for credits for carbon stored in farmers’ soils.

They also recommend policies that encourage farmers to use renewable energy in their operations, reduce food waste, and increase funding for research to make crops more resilient to the effects of climate change.

Despite advocating for some policies to curb emissions, farming groups will still be on defense when it comes to heavy-handed climate regulations. For example, they’ll sharply criticize attempts by the Biden administration to impose policies such as emission reduction requirements, economywide carbon pricing, or mandates to switch to all-electric vehicles, which could harm demand for biofuels, a vital revenue stream for the rural economy.

Farming groups are hopeful, though, that the Biden team will seek to work with the agriculture industry rather than impose costly mandates.

“Hopefully, we’ll continue down the carrot path and wanting to work with farmers,” Walmsley said. “That’s definitely the sentiment we’ve received so far with the transition team.”

If the Biden administration supports voluntary initiatives, as laid out by the recommendations, it could also have a longer-lasting effect to curb emissions than climate regulations on agriculture that could be undone by another administration.