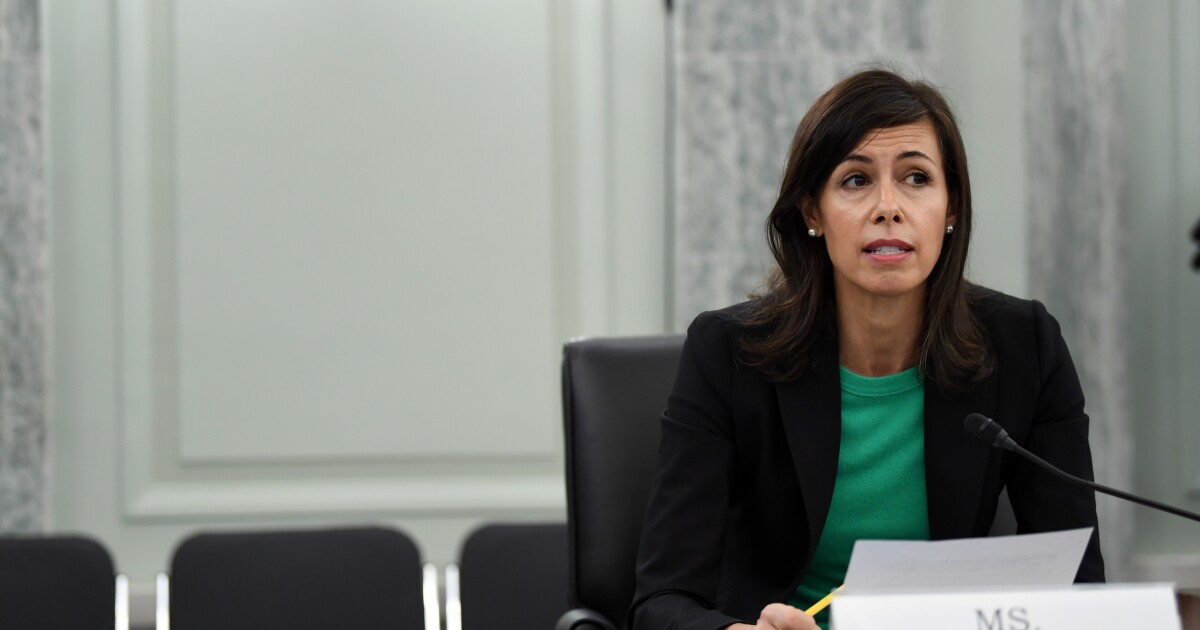 Jessica Rosenworcel received Senate approval Tuesday to lead the Federal Communications Commission and is now positioned to move the agency to the left, with an eye toward restoring net neutrality and tightening telecommunications regulations.

She was confirmed to a five-year term as FCC commissioner, starting retroactively on July 1, 2020, with strong bipartisan support in a 68-31 vote.

The five-member agency, which is in charge of regulating the TV, radio, and telecommunications industries, along with ensuring broadband internet access, has been missing one commissioner and a full-time chair since Joe Biden became president at the beginning of this year. The shortage of personnel has hampered Democrats from moving full steam ahead with their ambitious broadband and telecommunications agenda.

In particular, the agency is at the heart of Democrats’ fight to restore Obama-era net neutrality rules, Biden's push for price transparency and competition among internet providers, and the effort to reduce consolidation in the telecommunications industry through the review of mergers , such as the one between T-Mobile and Sprint.

Net neutrality is the principle that internet service providers should treat all data on the internet the same and not discriminate or charge differently based on where it’s coming from or to whom it’s going.

Under Republican FCC Chairman Ajit Pai, the FCC in 2017 voted down rules created by the commission in 2015 that classified internet service providers such as AT&T and Comcast as Title II public utilities, subject to FCC control.

Rosenworcel, 50, was first appointed to the commission by President Barack Obama in 2012 and later reappointed by President Donald Trump.

Before becoming a commissioner, she served as senior communications counsel to the Senate Commerce Committee, having previously worked for the Wireline Competition Bureau of the FCC.

Prior to entering public service, she practiced communications law. Rosenworcel went to college at Wesleyan University and studied law at New York University.

Democrats at the FCC, led by Rosenworcel, are expected to reinstate the 2015 Title II regulations on internet service providers after the Senate confirms a fifth commissioner, Gigi Sohn, and gives them the majority. The Title II rules were meant to ensure the providers could not block or inhibit access to certain types of web services from different providers or create pay-to-play fast lanes for certain content.

Republicans are staunchly opposed to the Title II regulations, in part because the Title II protections would allow the federal government to regulate or control broadband internet prices if it wanted to.