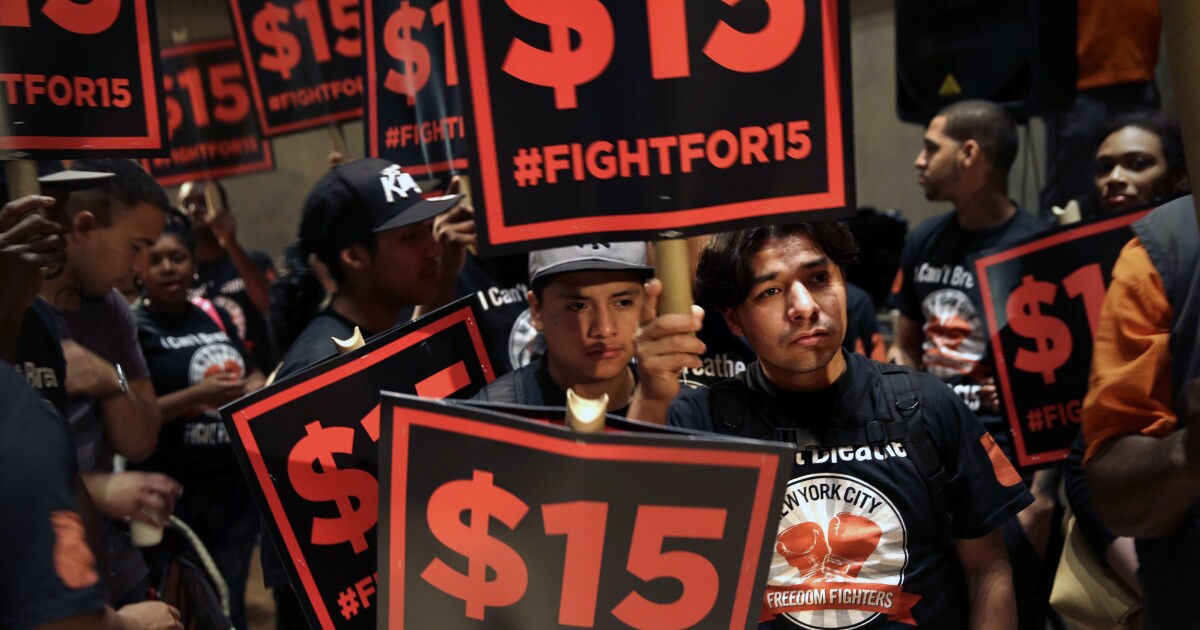 Floridians approved a ballot measure Tuesday that would gradually increase the state’s minimum wage to $15 an hour, according to the New York Times.

The state’s minimum wage is currently set at $8.56, higher than the $7.25 federal minimum wage.

The state’s Supreme Court last December approved the ballot measure, which needed at least 60% of all votes to be approved. Over 61% of voters backed the measure.

BREAKING: Florida just became the 8th state to pass a $15 minimum wage with a SUPERMAJORITY of Floridians voting YES to Amendment 2.

Hats off to the efforts of the workers & volunteers in the #FLfor15 coalition.

The Sunshine State last upped its minimum wage via ballot measure in 2004, with 71% of voters supporting it. Back then, the minimum wage was $6.15 an hour and was increased based on inflation.

Increasing the state’s minimum wage to $15 was backed by Florida for a Fair Wage. The group argued that the increase was needed to ensure that Floridians would be able to make ends meet without having to rely on government assistance.

The group’s top donor was the personal injury law firm Morgan Law Group PA. John Morgan, who founded the firm, reportedly said the reason for backing the initiative was that working-class pay had not kept pace with the cost of living.

Social Security payments: First half of $1,652 direct payment to be sent in just 15 days