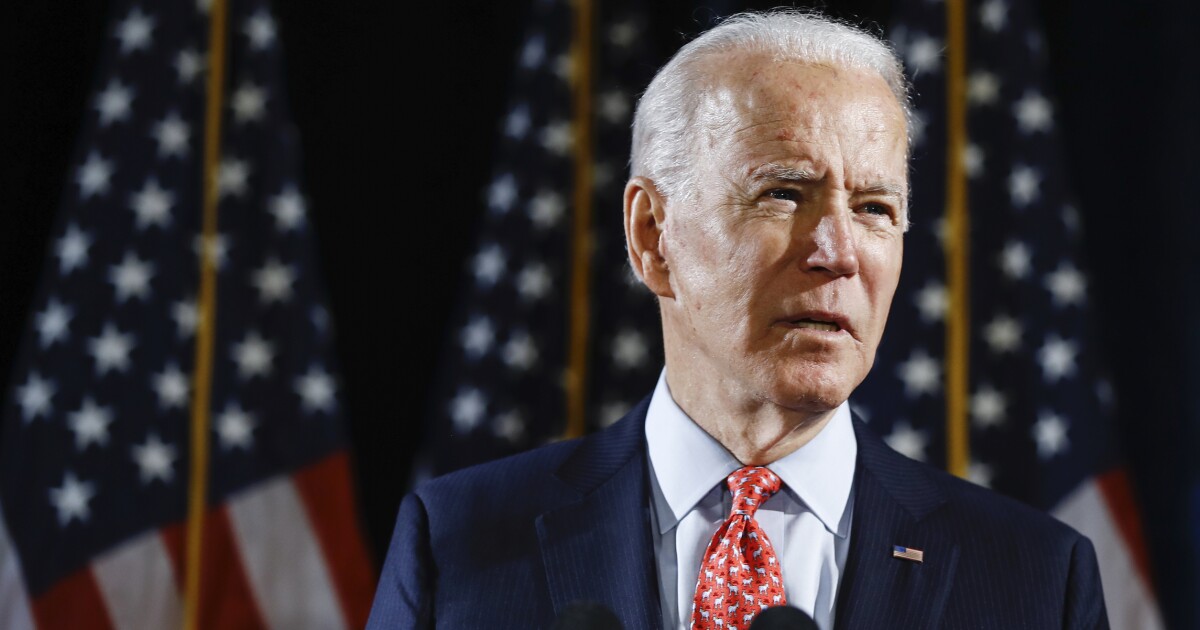 A top health adviser to President-elect Joe Biden suggested this week that another lockdown might be necessary if coronavirus cases continue to rise. He is the second adviser on Biden’s coronavirus task force to do so. Given Biden’s vow to “listen to the scientists,” another shutdown is looking increasingly likely.

Dr. Michael Osterholm, one of Biden’s advisers, said during an event this week that shutting down businesses for four to six weeks could help flatten the rising curve. Our economy is well on track to handle another shutdown, he argued, and any losses accrued could be mitigated by direct payments until a vaccine is ready to be distributed.

“When you look at the personal savings rate in this country, it's now gone from about 8% to over 22%,” he claimed. “We have a big pool of money out there that we could borrow. The historic low interest rates by the federal government, we could pay for a package right now to cover all of the wages, lost wages for workers, for our losses to small companies to medium-sized companies, for city, states, county governments. We could do all of that.”

“If we did that, then we could lock down for four to six weeks,” Osterholm continued. “And if we did that, we could drive the numbers down, like they've done in Asia, like they did in New Zealand and Australia. And then, we could really watch ourselves, cruising into the vaccine availability in the first and second quarter of next year and bringing back the economy long before that.”

It is difficult to overstate just how devastating another shutdown would be. The first monthslong lockdown destroyed thousands of businesses and left hundreds of thousands of people unemployed. As of this week, more than 700,000 people filed applications for unemployment insurance for the very first time. That means people are still being laid off despite the service industry reopening and companies returning to offices.

Moreover, it is completely absurd that Osterholm would look at people’s personal savings and think that this somehow justifies forcing them out of work. People are saving more because they have less to work with and because the economic conditions they’re facing are uncertain. The idea that everyone will be just fine because they’ve saved more over the past few months is ridiculously out of touch. Is it any wonder that half of the public doesn’t trust health experts?

Osterholm believes that paying businesses and employees directly for lost wages would soften the financial blow that another shutdown would inflict. He’s right about that. But any amount of financial assistance the government provides at this point would be little more than a Band-Aid slapped on a gaping wound. The partial economic recovery we’ve experienced over the last two months will be erased almost immediately, and Congress’s monthly checks will not be able to stop the bleeding.

There are other effects to think about as well. Years of academic achievement have been lost as a direct result of remote learning. Suicide rates, substance abuse, and addictions have skyrocketed due to prolonged isolation. Shut the country down again and all of these problems will grow and pile on top of each other until we’re facing not just one crisis but several crises all at once.

It is up to the states to decide whether they should shut down again. But a Biden administration could use its purse strings to force hesitant state governments to cooperate. What Biden’s task force cannot guarantee, however, is the cooperation of the public. And frankly, it is this factor that Biden’s team should worry about the most.

Pockets of shelling across Ukraine as wintry warfare looms