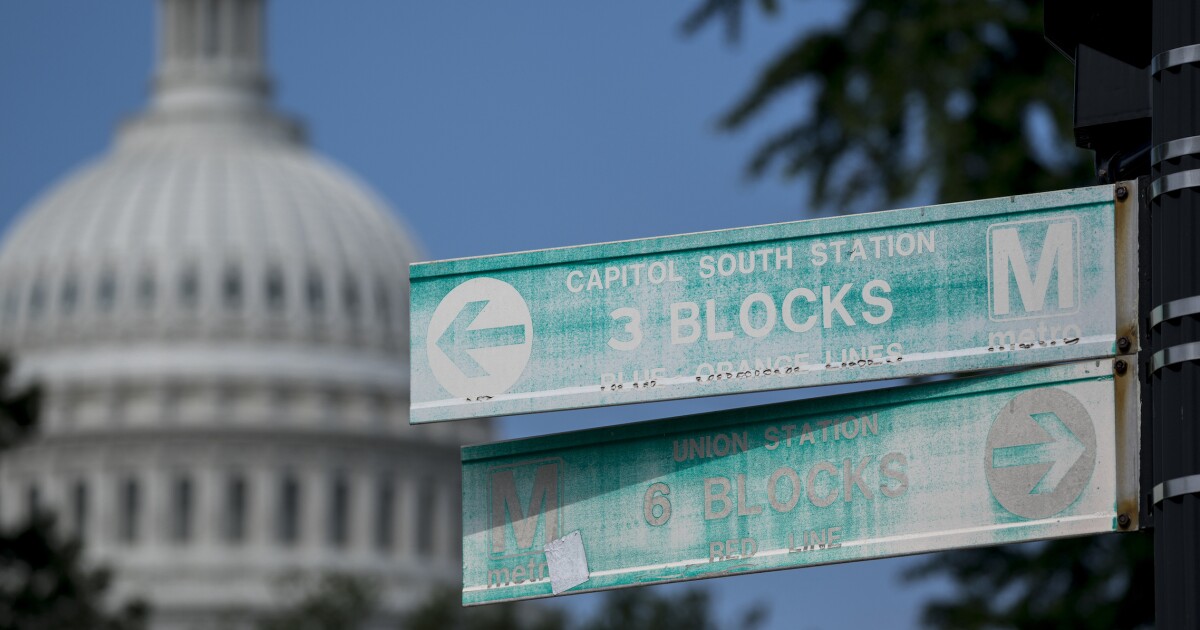 Senate Republicans Tuesday showed preliminary support for a bipartisan infrastructure framework that a small group of lawmakers is drafting, but liberal lawmakers dismissed the proposal as far too narrow and cheap to address the nation's needs.

Senate Minority Leader Mitch McConnell told reporters after a closed-door meeting with GOP lawmakers that he is “listening and hopeful” that a bipartisan deal on traditional infrastructure projects can be reached, adding, “I would like to get an outcome on it.”

Republicans presented the proposal Tuesday in a closed-door lunch, and lawmakers responded positively, providing a critical lifeline to the weekslong effort to find a bipartisan deal.

Senate Minority Whip John Thune, a South Dakota Republican tasked with assessing where the GOP conference stands on legislation, told reporters after the lunch that GOP lawmakers viewed the proposal “favorably” but had “questions” about the cost, its elements, and how to pay for it.

“I think our members were very open to it,” Thune said. “There was a lot of pretty good feedback, even from some of our more conservative members.”

On the other side of the aisle, the response was far more negative.

Despite Senate Majority Leader Chuck Schumer telling lawmakers that he wants to try to reach a bipartisan deal, liberal senators said the proposal they have seen so far is insufficient.

And they questioned whether Republicans were earnestly seeking a deal or just dragging out the process to make it more difficult for Democrats to pass any infrastructure deal by this summer.

“I’m not going to pay that much attention to the bipartisan deal, because I know McConnell doesn't really want to deal,” Sen. Sherrod Brown, an Ohio Democrat, told reporters Tuesday.

Brown, like many other Senate Democrats, is skeptical of a plan put forward by Democratic leaders and the White House that would employ a two-step approach to passing a major infrastructure package.

The dual approach would include a narrow infrastructure deal costing less than $1 trillion that can pass with bipartisan support, and a second, broader, multitrillion-dollar measure that would use take hikes on corporations and the wealthy to pay for liberal wish list spending items such as universal child care, money for those caring for the disabled and elderly, free college, major spending on green energy policies, and more.

The second measure would be taken up under a process called reconciliation, which allows certain Senate legislation to pass with only 51 votes instead of the usual 60 votes.

None of the party’s top wish-list provisions or tax increases are included in the bipartisan package, and liberal Democrats don’t like it.

Little in the bipartisan bill addresses climate change, for example. It excludes a provision by Democrats to provide $100 billion in tax credits for electric vehicles, among other spending.

“Democrats will have a big climate provision and a big bill,” Brown declared Tuesday when asked about the narrow measure.

Sen. Bernie Sanders, a Vermont independent, socialist, and the chairman of the Budget Committee, suggested Tuesday that Democratic leaders should abandon the two-step approach and go it alone by putting everything into one bill and passing it using reconciliation, which would bypass the need for GOP support.

“My own preference, as I said many, many times, is I think it's easy to do it in one [bill],” Sanders said. “Other people are arguing for a more limited bipartisan [bill] followed by a larger reconciliation.”

But Democrats lack enough votes in their own caucus to pass such a bill unilaterally.

Sen. Joe Manchin, a West Virginia Democrat, does not support the tax increases proposed by Democrats in their more expensive bill, and he is insisting on a bipartisan effort to pass at least a narrow infrastructure measure. Manchin's support for the Democrats' bigger infrastructure package may hinge on the passage of the smaller bipartisan deal.

Democrats propose raising corporate taxes from 21% to 28% in addition to other tax hikes on the wealthy. Manchin said he does not support raising the corporate tax rate to 28% and has proposed a lower rate of 25% for businesses.

Other Senate centrists may also oppose the 28% tax rate, which means Democrats would struggle to pass one large infrastructure bill unilaterally.

The party controls 50 votes, and losing the support of Manchin or another Democrat means they cannot pass the legislation using the tiebreaking power of Vice President Kamala Harris.

CLICK HERE TO READ MORE IN THE WASHINGTON EXAMINER

A move by Schumer to pass one large bill “is a risky strategy,” Thune said.

“Some tax increases are going to be incredibly unpopular with some of his members,” the South Dakota Republican said. “If they want to try and bring that up for a vote, they can try. But I’d be hard-pressed to figure out how they are going to get all 50 Democrats to vote for some of the garbage that they are going to have to swallow in that bill.”