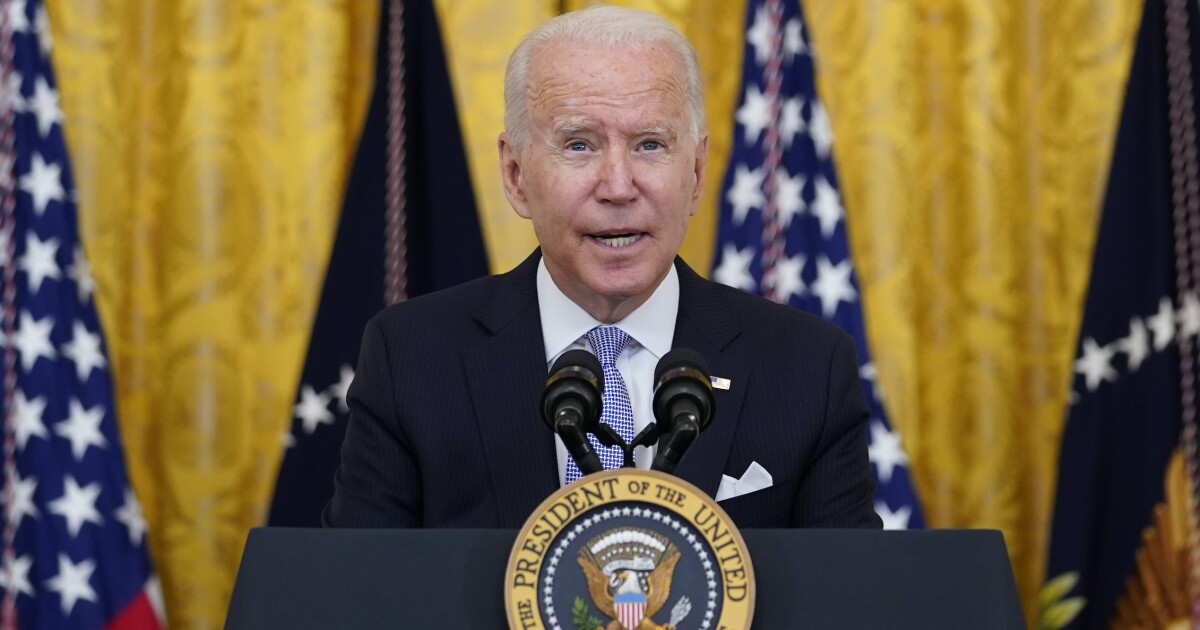 The White House is betting bipartisanship will help President Joe Biden and congressional Democrats hold on to power after next year's midterm elections and the coming 2024 cycle following their $1.2 trillion brick-and-mortar infrastructure deal with Senate Republicans.

But the problem for Democrats is while bipartisanship may boost candidates in general elections, it hamstrings them in primary contests, particularly if they are competing in gerrymandered districts.

Bipartisanship polls well with survey respondents, yet in the end, voters care more about how they benefit from the final package than how it became law, according to Monmouth University Polling Institute Director Patrick Murray.

“You may get a gold star for passing a bipartisan bill, but only the results get figured into your GPA when election time rolls around,” he told the Washington Examiner.

The White House begs to differ. After all, Biden beat former President Donald Trump last year by campaigning on a promise to return calm, civility, and bipartisanship to Washington, D.C. And aides are accustomed to being doubted by pundits after that platform was dismissed as idealistic and naive.

Yet, pollsters are unsure whether the White House will notch repeat success with that strategy after the electorate has a two- to four-year break from Trump's chaos and rhetoric.

For Paleologos, those answers reflect Democratic control of the White House and the party's slim majorities in Congress.

“What the polling is telling us is that people want leaders who are bipartisan. They want policies that are bipartisan,” he said. “But they want those things, especially if their party is in control.”

Biden's bipartisanship is an entreaty to centrists, with crossover appeal for independents, according to Paleologos. He described Biden's laser focus on that middle lane as “the push factor,” while “the pull factor” is that it will motivate far-left and far-right primary challengers to run against incumbents.

“You're going to have Trump and other conservatives meddling in Republican primaries, especially against those Republicans who took a more moderate position. And knowing that the turnout is going to be lower, trying to unseat those moderate Republicans,” he said. “And on the Left, you're going to have progressives who are unhappy that the legislation didn't go far enough and perceive it to be a missed opportunity. And, therefore, they are going to target people who were willing to compromise so easily.”

Paleologos predicted the rallying cry of the 2022 primaries will be “sell out.” He based his prediction on the number of gerrymandered House districts and the fact that voters who appreciate bipartisanship, such as independents, tend not (or are not allowed) to cast ballots in the contests. That, in turn, will ramp up the polarization of the general elections and nullify the boon of Biden's across-the-aisle approach.

“Independents will make a big difference in a general election in 2022, so being on that bipartisan side of a key piece of legislation will play well — but you've got to get there,” Paleologos said. “What if you're not the nominee come November because you've been knocked out by a candidate that plays better to a nonindependent or partisan base?”

Biden senior adviser Mike Donilon touted the bipartisan infrastructure accord this week in a memo titled “Swing Voters Want Bipartisanship and the Bipartisan Infrastructure Deal’s Investments in Our Economic Strength.”

“Wednesday’s bipartisan agreement is an important signal to voters that they’re being heard and that their government can work as they think it should,” he wrote.

In a statement released after striking the bipartisan deal, top negotiator Arizona Democratic Sen. Kyrsten Sinema announced she did not support the companion $3.5 trillion Democratic social and environmental programs reconciliation bill. Her decision rankled her far-left counterparts, jeopardizing it in the House.

“Neither side got everything they wanted,” Biden said this week of the bipartisan pact. “But that’s what it means to compromise and forge consensus.”