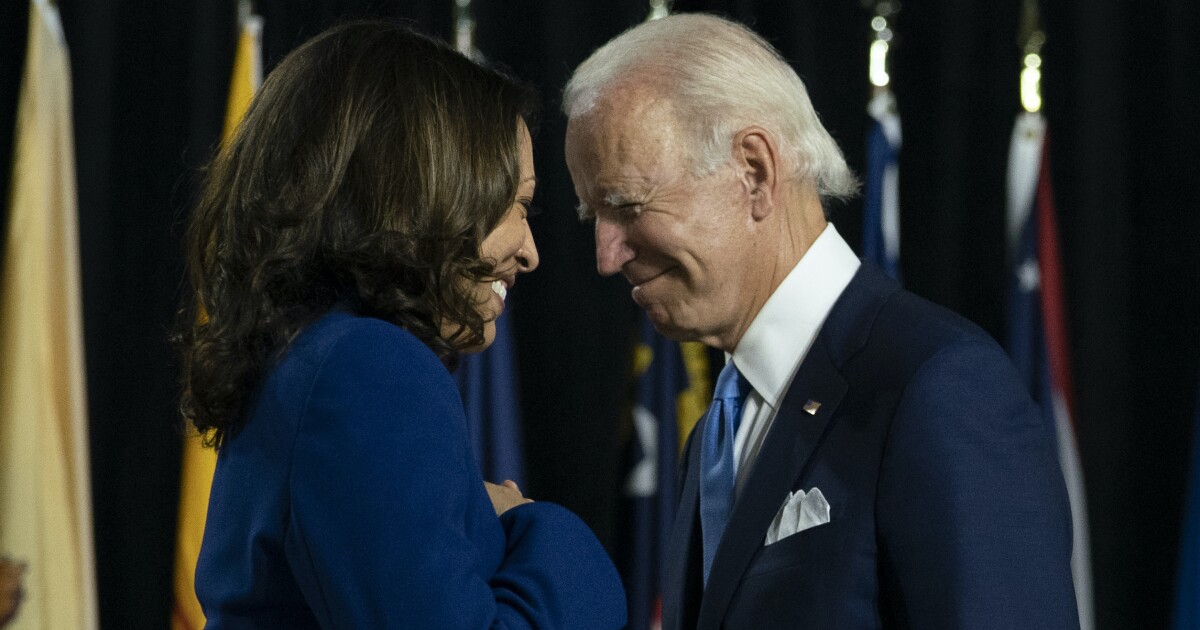 You can't help but notice that her sterling silver “RESIST” necklace is a tad tarnished and her smile a smidge wan as she concedes she had to bring regular gluten-packed biscuits because the supply chain shortage has not even spared either tempeh or almond flour. Not a full year since ousting the Bad Orange Man from the White House, proving that, indeed, #PussyGrabsBack, your Biden-supporting aunt is uncharacteristically quiet about her president until she finally relents: Yes, the economy really has started to show a dent — but why?

Wasn't President Joe Biden supposed to return us all to normalcy? Just how did three free and wildly effective vaccines, multiple therapeutics, and Donald Trump banned from Twitter not only fail to fix the economy but actually make it worse?

This is an actual conversation you may have with well-meaning family over your Thanksgiving table, and it may confound not just deluded Democrats but ordinary folks who simply skim the headlines and remain baffled at their gas bills doubling and their favorite foods missing from the grocery aisles. So here goes, a comprehensive summary of what the hell happened in the past two years.

The economy prior to the Chinese Communist Party releasing the novel coronavirus was not perfect. Thanks to both Democrats and Republicans, Donald Trump included, our national debt-to-gross domestic product ratio was approaching the highest point since World War II, and thanks to Trump defying GOP precedent and refusing to reform the two greatest factors driving up our deficit, federal healthcare spending, and Social Security, the problem showed no signs of abating.

Adjusted for inflation, Obama and Trump (excluding 2020, which is an obvious outlier) both spent, on average, the same amount on discretionary spending. The real issue is that neither had the courage to tackle Social Security & Medicare, the primary factors driving our deficit. https://t.co/MdsQudZDCy pic.twitter.com/DCOgPje1uy

Furthermore, corporate debt was being packaged into a similar style of junk packages as the collateralized debt obligations , containing subprime loans, that sparked the Great Recession over a decade ago. (That bubble, which Sen. Elizabeth Warren also warned about during her presidential campaign , has yet to burst.) And perhaps most crucially, the Federal Reserve kept near-zero interest rates for more than a decade, an unprecedented move in any case but especially amid the longest bull market in history.

However, by the time of Trump's final State of the Union address, he was correct to boast that we had the best economy in generations . Not only were more adults actively looking for jobs, with labor force participation rising to its highest point since 2013, but a record share of them were succeeding in getting them. The unemployment rate had fallen to 3.5%, the lowest since 1969, culminating in the first sustained real wage growth in more than a decade. The labor market became so tight that not only had employers been forced to pluck three-quarters of new workers from outside of the traditional labor force, but real wage growth benefited the lowest-earning workers the most.

And all those gains overall disproportionately benefited the least privileged in our economy . Blacks, Hispanics, and Asian Americans all scored their lowest unemployment rates in the nation's history, and women, whose unemployment rate hit a near-70 year low, filled nearly three-quarters of all job openings in 2019.

In spite of recklessly dovish monetary policy, depriving the Fed of its strongest fiscal tool to deflate the currency through the form of rate cuts, inflation remained consistently low and, under Trump, economic growth surpassed expectations. The threats of an unmanned Fed and a mounting spending trajectory remained — the economy was nonetheless in a sweet spot. That condition was marked by high growth fueled by a robust workforce, resulting in economic confidence, the highest since the turn of the century, and a soaring stock market that directly benefits the majority of people who have a stake in it.

But then the coronavirus hit.

The recession driven by piecemeal government lockdowns and general public fear of the pandemic peaked in April 2020. A staggering 22 million jobs had been lost in just two months, but shockingly, the recovery had begun by spring with employers capitalizing on the virus's lack of outdoor transmissibility and mask wearing, which lessened, but did not erase, the risk of indoor transmission.

In the meantime, Trump wound up signing an unprecedented $4 trillion of spending related to the coronavirus into law. At the same time, the Fed enacted trillions of dollars of asset purchases. By the end of the year, we had recovered the majority, around 12 million, of the jobs lost by the recession's peak. But we did so only while infusing the economy with — not to overuse the word, but it applies — a truly unprecedented amount of money supply.

In 2020, the Federal Reserve increased the effective circulating supply of U.S. dollars—as measured by the M2 money supply—by 25%, the largest 1-year increase since WWII. You may have noticed that the U.S. economy didn't expand by 25% in 2020. So what is the value of each dollar? pic.twitter.com/kgLmP3ePTP

Even so, the stage was set for the economy to recover the remaining missing 10 million jobs by the time Biden took office. Operation Warp Speed proved a success, with three vaccines capable of dramatically reducing the risk of severe disease from the virus ready to hit the market and plenty of the public ready to return to the pre-pandemic normal. All Biden had to do was get the remaining holdouts, now protected from the pandemic by free vaccines, back to work and fueling economic growth while holding back on spending so as to keep inflation at bay.

Instead, both Biden and the Fed chose the worst of both worlds. Upon entering office, Biden authorized another $1.2 trillion in more spending and took a number of measures to strangle supply. By shutting down domestic oil pipelines and drilling, Biden drove oil prices, so cheap just a year ago that their futures went negative , to record highs. His public health experts made the idiotic error of pausing the administration of the Johnson & Johnson vaccine , a move that markedly decelerated the vaccine rollout. They then imposed a recommendation of indoor mask guidance based on bogus data , further undermining confidence in the vaccine and, thus, comfort with returning to regular work and commerce. All the while, onerous restrictions, including the administration's questionable vaccine mandate, contributed to the labor shortage that worsened the supply chain shortage. Just a month before Christmas, goods wait in logjammed harbors suffering understaffing and a lack of trucks to transit them once they finally make it to shore.

Theoretically independent of the White House, the newly renominated Fed Chairman Jerome Powell has committed to refusing to raise interest rates even as inflation hits over 6% from this point last year. Even with 4% nominal increases in wages, the average person is seeing a significant cut in real inflation-adjusted wages.

Powell could raise interest rates tomorrow and powerfully suppress further inflation, and Biden could remove his regulations ranging from clean energy to vaccines, immediately driving down oil prices and boosting supply across the board. But three problems would remain intractable.

First, a number of older adults who lost their jobs at the height of the pandemic have simply sped up their retirements, exiting the workplace for good. By depressing tax revenue and increasing liabilities owed by Social Security, the program's point of insolvency is now predicted to come in just 12 years, a year earlier than economists anticipated before the pandemic.

Second, a dangerous share of younger adults has regressed into childhood, with more than a million of those ages 25 to 54 not only unemployed but not even looking for a job.

And finally, teachers' unions continuing to force mandatory classroom-wide quarantines at a moment's notice have killed the careers of mothers unable to maintain a job as a result. All in all, amid staggering inflation and depressed growth, more people are reliant on, rather than contributing to, economic growth and resulting tax revenue.

See, it's really not that complicated. Some might even say that, really, it's actually rather predictable.