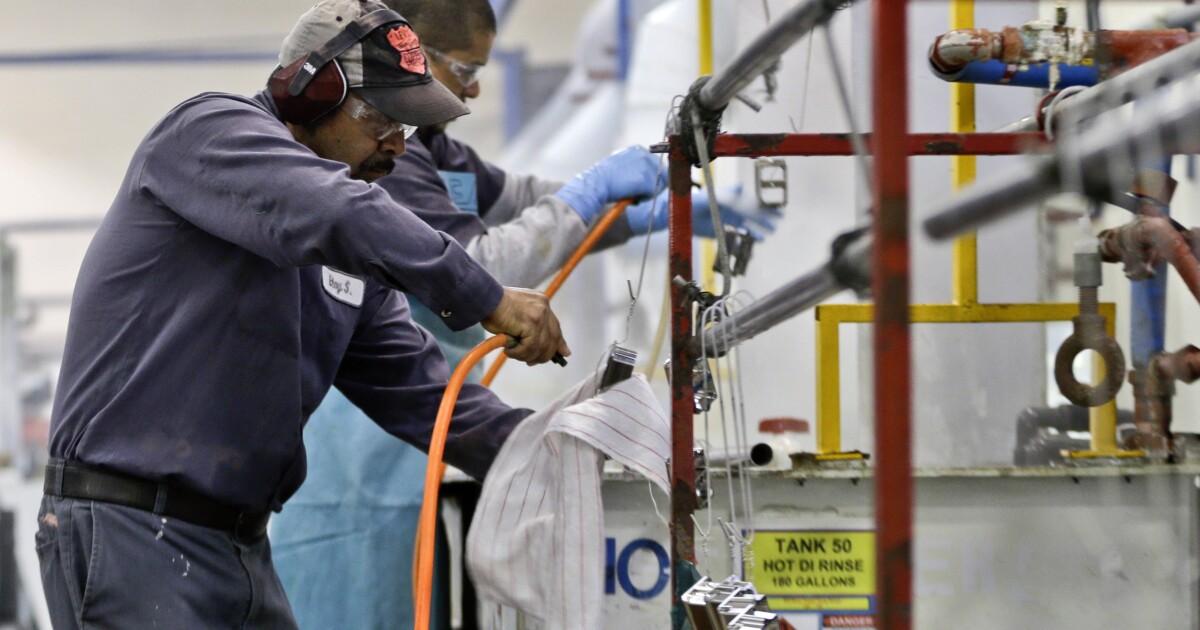 The Commerce Department on Tuesday reported in its third and final estimate of gross domestic product that the economy grew at a record 33.4% annual rate in the third quarter.

The prior two reports on the quarter showed that economic activity increased at an annual rate of 33.1%.

GDP cratered when the pandemic struck, contracting a record-breaking 31.4% annual rate in the second quarter.

The collapse in the second quarter was by far the largest in U.S. history. Previously, the biggest annualized drop in GDP was 10% in 1958, according to the Commerce Department’s Bureau of Economic Analysis. The largest drop in GDP during the Great Recession from 2007 to 2009 was 8.4%.

The final reading of third-quarter GDP also comes as Congress on Tuesday approved additional aid to help the economy recover from the coronavirus pandemic that has wreaked havoc on the nation.

The approved bill, which totals nearly 6,000 pages, combines a $1.4 trillion spending bill for fiscal year 2021 with roughly $900 billion in new federal aid to help the nation cope with the coronavirus pandemic. Lawmakers attached other provisions that needed to pass by the end of the session, including a $10 billion water infrastructure bill and an intelligence reauthorization measure.

President Trump is expected to sign the legislation into law.