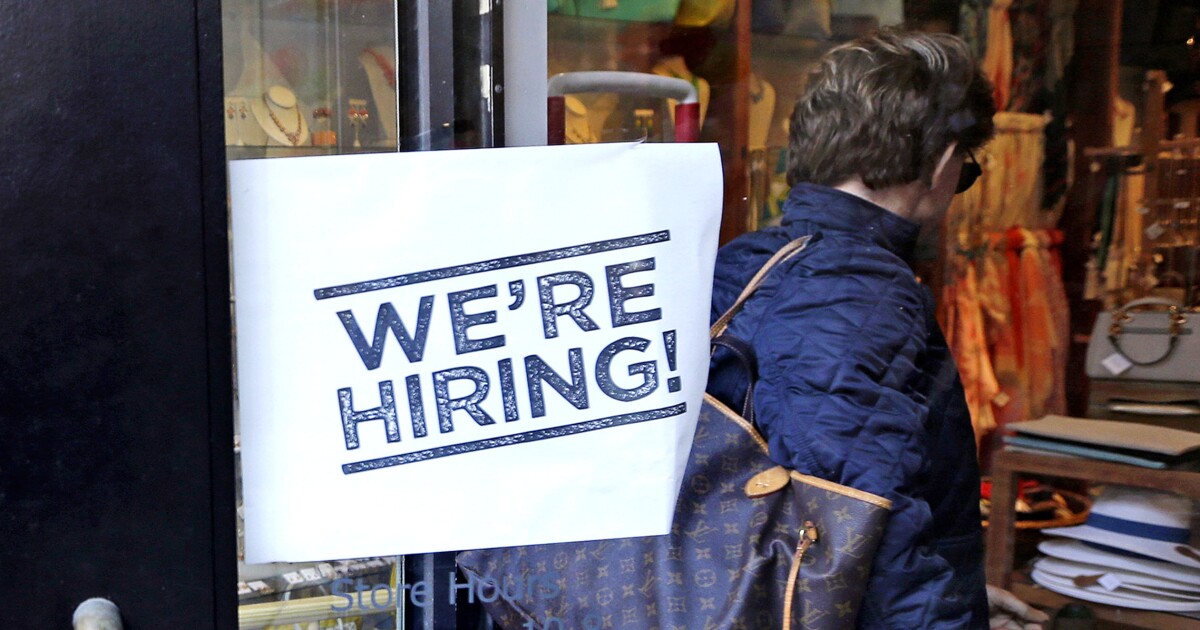 Initial jobless claims have been below a million for eleven straight weeks but have never dropped below 700,000 since the pandemic hit the nation last spring. This rate of initial unemployment claims is historically high as they were roughly 200,000 before the virus infected the nation.

Additionally, states reported nearly 300,000 initial claims for Pandemic Unemployment Assistance, a new category of eligibility created by the March CARES Act that provides benefits for workers sidelined by the pandemic, such as gig workers whose work dried up. Altogether, then, roughly 1 million workers filed for benefits last week.

With coronavirus infections on the rise, Mark Hamrick, senior economic analyst for Bankrate, is worried that jobless claims might tick back up.

“There’s a risk for the U.S. economy as we see the spike in COVID cases,” he said.

Over 65,000 people were admitted to hospitals with COVID-19 Wednesday, according to the COVID Tracking Project, the highest such total for the United States in the pandemic, eclipsing the initial outbreak in the spring. The reported count of daily cases was over 144,000 on Wednesday, the highest for the pandemic.

Because of the pandemic, over 22 million jobs were lost last spring. The economy has recovered roughly half of them. Thursday’s report adds to that total, making it harder to reach pre-pandemic employment levels.

Robert Frick, a corporate economist at Navy Federal Credit Union, sees the increase in COVID-19 cases threatening to cause more layoffs and called for more relief from Washington.

“We need more stimulus to keep families out of poverty and keep the economy expanding until vaccines can radically reduce COVID-19 levels,” he said.

The economy created 638,000 jobs in October. At this pace, it will take over 15 months to return to employment levels that were seen before the coronavirus came ashore.

The largest increases in initial claims for the week ending Oct. 31 were in Illinois, Kentucky, and Pennsylvania.