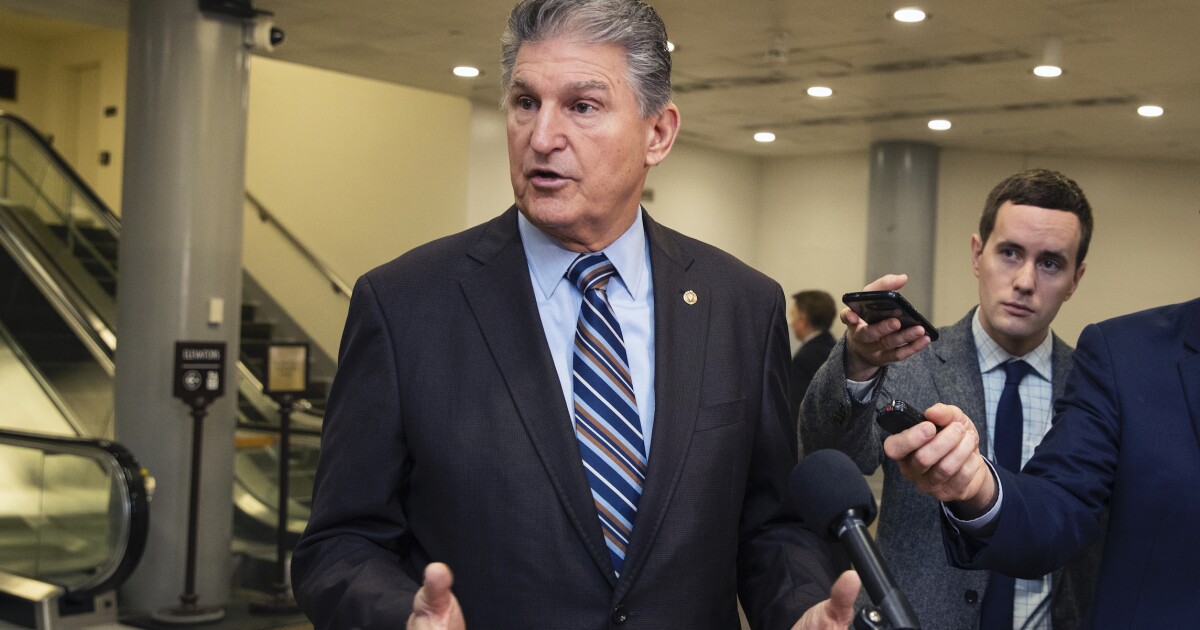 Sen. Joe Manchin, a centrist Democrat from West Virginia, has signaled his reservations over his party's designs to award people with $2,000 stimulus checks in the next round of coronavirus relief.

President-elect Joe Biden said on Friday that he will lay out an economic package in the trillions of dollars, including increased direct payments for taxpayers.

“We need more direct relief flowing to families, small businesses, including finishing the job of getting the people $2,000 in relief,” Biden said from Wilmington, Delaware.

But Manchin expressed skepticism about the next round of checks.

Manchin clarified that he wasn't against a new round of checks, but told the outlet he wants to make sure it goes to the right people in need – and added that getting people vaccinated from covid-19 should be the priority.

“If they can direct money and they say, ‘This will help stimulate the economy,’ hell yeah I’m for it,” he said. “But basically right now, you better get them vaccinated.”

Manchin is widely expected to serve as something of a swing vote in an evenly divided Senate.

Although Democrats won control of both chambers of Congress in addition to the presidency, their ambitious legislative agenda faces challenges without large majorities in either chamber. In the House, although Democrats maintained control, the party lost so many seats that Speaker Nancy Pelosi allowed the setting up of a quarantined section of the chamber viewing gallery to allow infected members to vote in her successful bid to be reelected to the House's top leadership position.

On the Senate side, the Democrats' twin victories in the Georgia runoff races on Tuesday are still tempered by the chamber's impending 50-50 composition, with two independent senators caucusing with the Democrats and Vice President-elect Kamala Harris serving as the tie-breaking vote. A single defection from the Democratic side would allow Republicans to thwart any policy proposals.