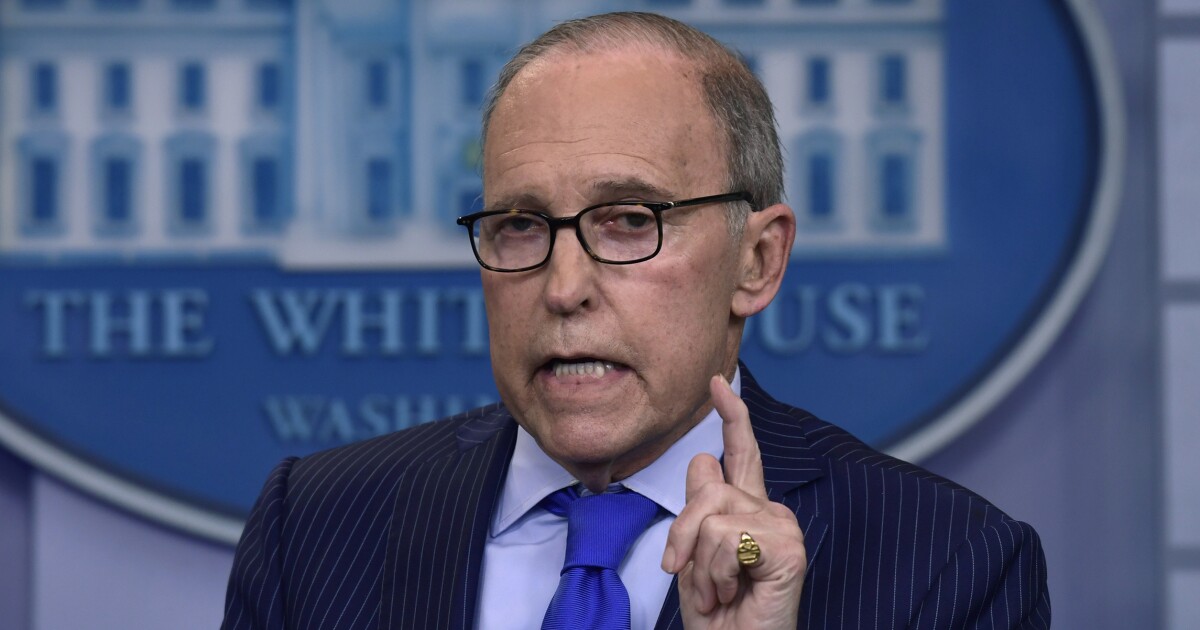 Top White House economic adviser Larry Kudlow said President Trump went too far in encouraging his supporters to overturn the results of the election, causing the violent attack on the U.S. Capitol earlier this month.

“I do believe he went too far with his rally,” Kudlow said during an interview with the Washington Examiner.

“He went too far. I agree. He should have stepped in sooner,” said Kudlow.

Kudlow, who is the director of Trump's National Economic Council and one of his closest advisers, said he would have preferred if Trump had accepted the results of the election sooner, not spread misinformation regarding his loss, and focused instead on touting the victories of his administration.

“I wish he had played his cards differently,” Kudlow said.

“I felt that after the Electoral College certified Biden as president-elect, I would have greatly preferred that President Trump spend time on his great achievements, of which he had many,” said Kudlow.

Kudlow said he chose not to resign, unlike many other top Trump officials, out of service to the country and because he believes Trump is against violence.

Kudlow, who joined the Trump administration in April 2018, referred to a video Trump released last week in which he “unequivocally” denounced the violence at the U.S. Capitol as evidence for Trump’s true feelings. In the same video, Trump called for a “safe transition … without incident.”

“I wish he had said what he said in his video at the rally, No. 1,” said Kudlow. “And I wish he would say this every single day.”

Trump now faces a Senate trial after having been impeached by the House of Representatives for his role in generating the unrest.

Kudlow has a long history in politics. He served as an economist during the Reagan administration and then worked on Wall Street before becoming an economic media commentator for conservative magazine National Review and later hosted several television shows on CNBC.

A self-described “spokesman for free market economics” within the administration, Kudlow said the attack on the Capitol hurt Trump and his legacy.

“It was a very bad moment. It's a tragedy. It's very sad. So, I acknowledge this, I'm being honest with you,” Kudlow said.