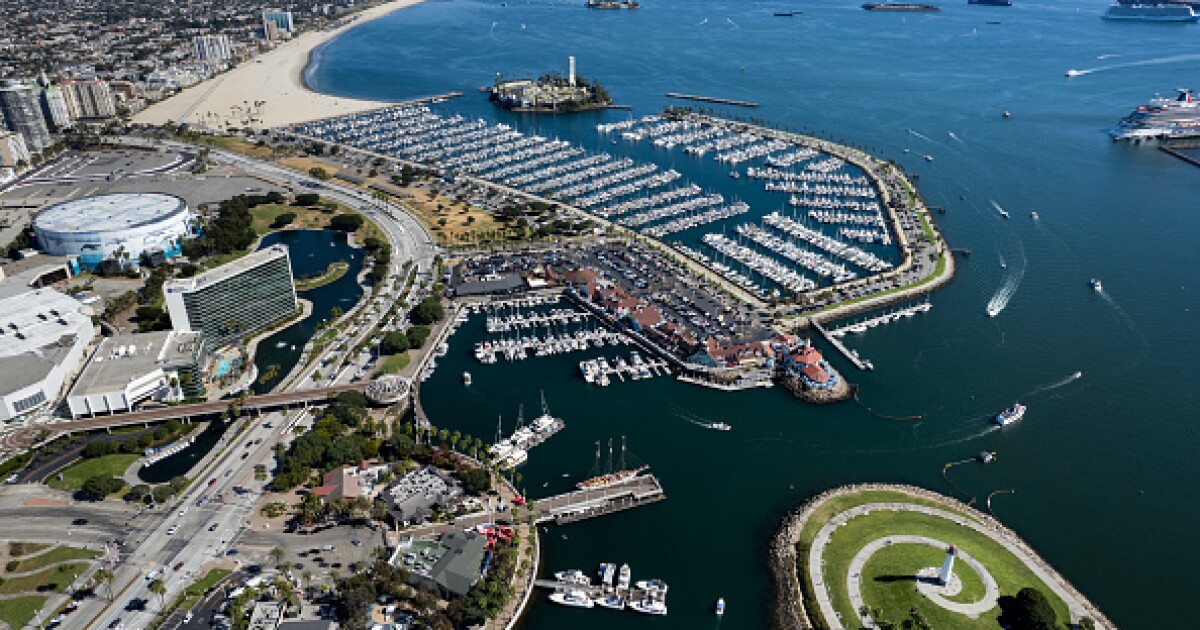 Despite President Joe Biden's goal to move cargo around the clock in Los Angeles ports, the gates remained shut on Sunday with a smattering of open traffic on Saturday.

The nationwide port schedule app Pier Trucker showed terminals that looked like ghost towns Sunday with barren traffic lanes as additional cargo ships continue to pile up along the coastlines of Los Angeles and Orange counties. On Friday, 88 ships were waiting to dock at either Long Beach or Los Angeles harbors — 10 additional ships from the last count on Oct. 13, according to the Marine Exchange of Southern California.

Port officials say they are working with terminal operators to increase the open gate times. However, waterfront labor negotiator Jim Tessier, who has worked on behalf of both longshoremen and their union, says it comes down to money because shipping companies run the terminals.

“Most shipping companies are foreign and did not attend Biden’s briefing and don’t care about what he or the landlord think,” Tessier said. “The port has nothing to do with all the operations — they are the landlord. How involved is your landlord in your business?”

Tessier said the shippers sign contracts that span decades and typically do not open weekends because the additional pay for longshoremen is pricey. Hourly pay is 1.3 times the regular rate at night and 1.5 on weekends, he said.

“Historically, the industry has not been willing to pay that money,” Tessier added.

However, Port of Long Beach spokesman Lee Peterson said the port is a stakeholder in the process and talks are ongoing to expand trucker access to cargo.

“We are working closely with the terminal operators to address the issue,” Peterson said. “We are lockstep with them and seeing how we can make the system work to address the backlog.”

Biden announced last week that “the Port of Los Angeles will open — over 60 extra hours a week it will be open.”

“We need to start looking at this as a national security issue and need to be more reliant on American-made products so we aren’t beholden to ports, shipping lines, and China,” said Rep. Doug LaMalfa, a Republican on the Highway and Transit Subcommittee. “In the meantime, we need to solve this problem. I’m disappointed in Biden saying for a month now that he would get [ports] open. What is the bottleneck and how do you fix it?”

One trucker told the Washington Examiner that he has languished at the ports for hours and would welcome the chance to come on the weekend.

“The port is mismanaged 100%,” said the trucker, Brian, who did not want his last name publicized out of fear of reprisal. “If the port was open, we would come. There is nothing about the truckers that is an issue. We don’t want to go there and waste time. We are at the mercy of the crane operator.”