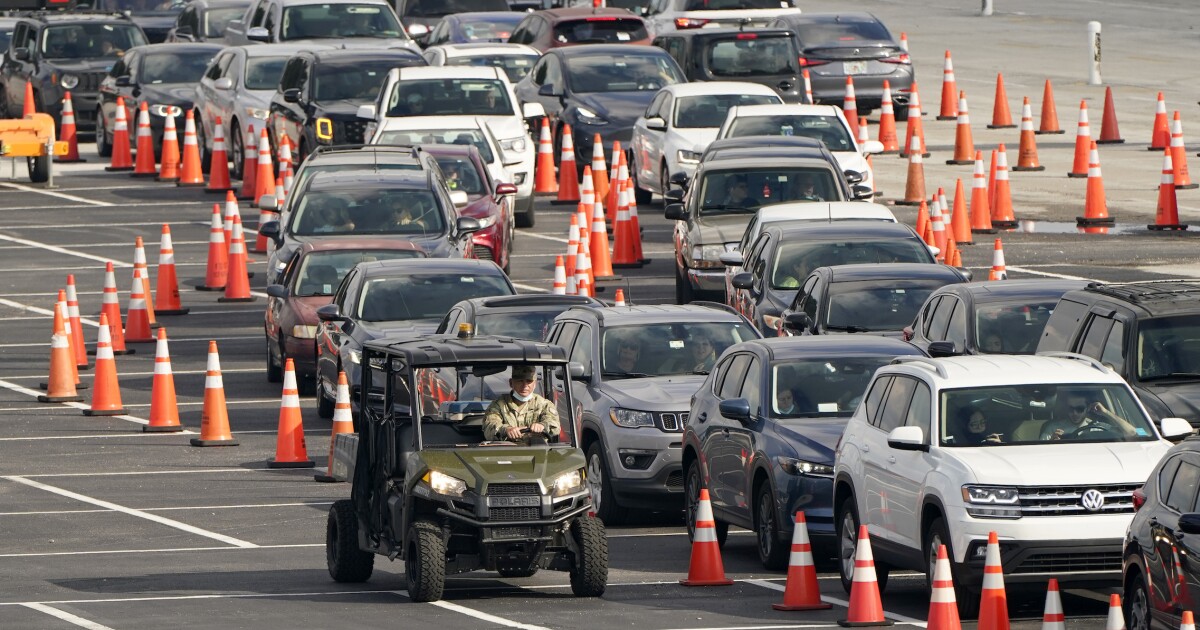 House and Senate leaders negotiating a coronavirus aid package are deciding whether to include up to $90 billion for the Federal Emergency Management Agency.

The money, sought by Democratic negotiators, would allow FEMA to help cities and states deal with emergencies, which they say is needed due to shrinking tax revenue.

The funding is among several provisions holding up a virus aid deal.

Republicans fear the FEMA funding that Democrats seek will be used by local governments to bail out bad financial decisions, including poorly managed state pension plans.

Top Republicans said Friday that it’s not clear how much, if any, FEMA funding would make it into the final virus aid package, thanks to GOP opposition.

“I think viewed as another way to circumvent the state and local,” Sen. John Cornyn, a Texas Republican, said Friday.

Cornyn was part of a small negotiating team attempting to work out an accord that would have added roughly $160 billion in and local funding in exchange for enacting a lawsuit liability shield for businesses, healthcare facilities, and schools. But Democrats would not agree with the GOP’s terms for the lawsuit shield and argued it would put consumers and workers at risk. As a result, both provisions were dropped from the virus aid package.

“It seems to me like we had a semblance of a deal on state and local and liability,” Cornyn said. “And now, our Democratic friends are finding creative ways to try to get the money through other means.”

Democrats told the Washington Examiner earlier this week that the package would include “other avenues” to help state and local governments and that the FEMA funding would among to only $1 billion.

Sen. Chris Coons, a Delaware Democrat, said the FEMA fund is essential to the final bill.

“I think it's important that we provide relief in places where Americans are hurting,” Coons said. “And one of the things that FEMA has is flexibility in terms of their ability to respond to a disaster. And in lots of states, the pandemic is at disaster level. So, using FEMA as one of the ways to deliver relief that allows communities the opportunity to get it strikes me as a good choice.”

Senate Majority Whip John Thune, a South Dakota Republican, told reporters in the Capitol this week that the FEMA provision would cost Republican votes, even though Democrats say it would be meant only for emergencies and not pension bailouts.

“I’m sure it’s a way of trying to convince our guys that this isn’t what it looks like,” Thune said. “But in the end, you know, our members are going to have a lot of opposition to the state and local component of the conversation.”