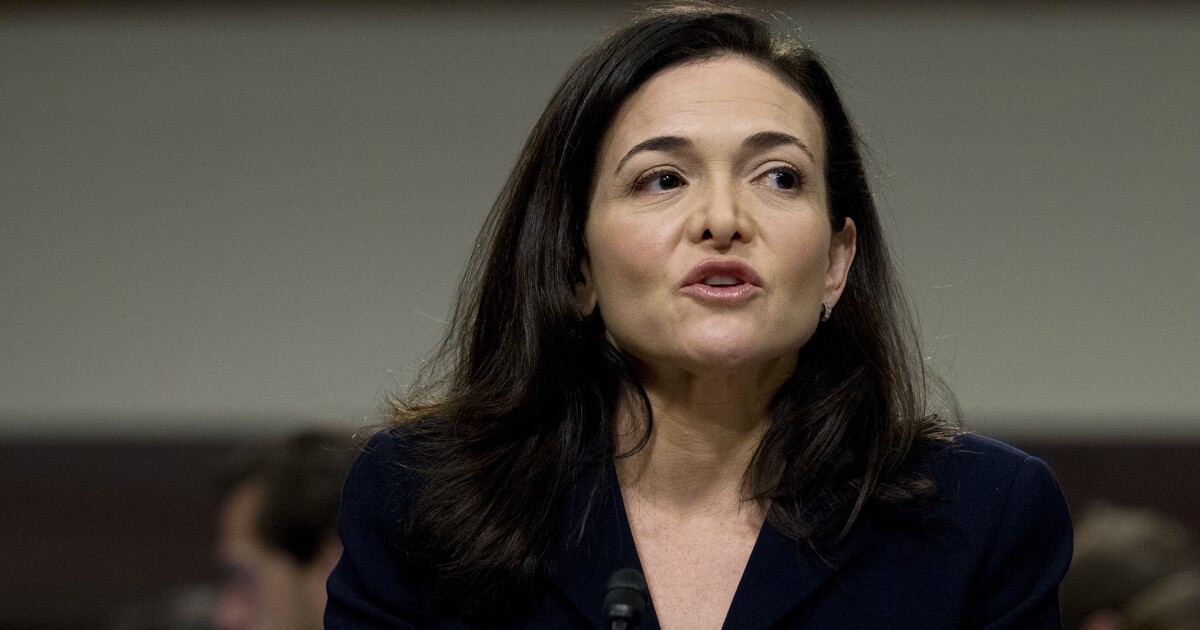 Liberals are criticizing Facebook executive Sheryl Sandberg's claims that her platform is not responsible for the attack on the U.S. Capitol despite significant evidence of violence being incited on Facebook in the days before the attack.

Media Matters for America, a liberal watchdog that has been monitoring Facebook content, said that Sandberg's claims are designed to deflect attention from Facebook and shift the blame to other platforms like Parler or Gab, which are popular among conservatives.

On Monday, at the same time that Sandberg made these comments, there were at least 70 active “Stop the Steal” groups active on Facebook, according to Media Matters, meaning that tens of thousands of Facebook users are still using such groups and racking up millions of interactions. Forty-six of these “Stop the Steal” groups were private, and so it would be difficult for the public to know the communications occurring within them. The “Stop the Steal” phrase refers to President Trump's claim that the 2020 presidential election was stolen from him.

Democrats have accused Sandberg of making false statements and being disingenuous in her denial of Facebook's role in fomenting violence that led to the Capitol attack.

“It’s amazing how effortlessly Facebook COO Sheryl Sandberg can lie through her teeth,” said Jon Cooper, an ally of President-elect Joe Biden who has worked for both Biden's and President Barack Obama's campaigns in the past.

“This is demonstrably false,” Rachel Cohen, communications director for Democratic Sen. Mark Warner, said of Sandberg's claims. Cohen on Twitter cited news articles with evidence of Facebook allowing its users to organize and incite violence before the Capitol attack.

Some went so far as to call Sandberg to leave her leadership role at Facebook.

“Is a Sheryl Sandberg denial a prelude to a Zuckerberg apology? Either way both are inadequate and demonstrate why they both need to resign,” Democratic Illinois Rep. Jan Schakowsky said on Twitter on Tuesday.

Sandberg on Monday admitted that Facebook's content moderation enforcement “is never perfect, so I’m sure there were still things on Facebook.”

Just hours after Sandberg’s comments on Monday, Facebook announced, many weeks after the election and five days after the attack on the Capitol, that it would remove all content containing the phrase “stop the steal” in an attempt to curb misinformation that could incite violence during Biden's inauguration.

Media Matters, the liberal watchdog, said Monday that Facebook's actions to censor “Stop the Steal” content was “once again too little, too late.”

Facebook's explanation Monday for the delay was that they have “been allowing robust conversations related to the election outcome and that will continue.”