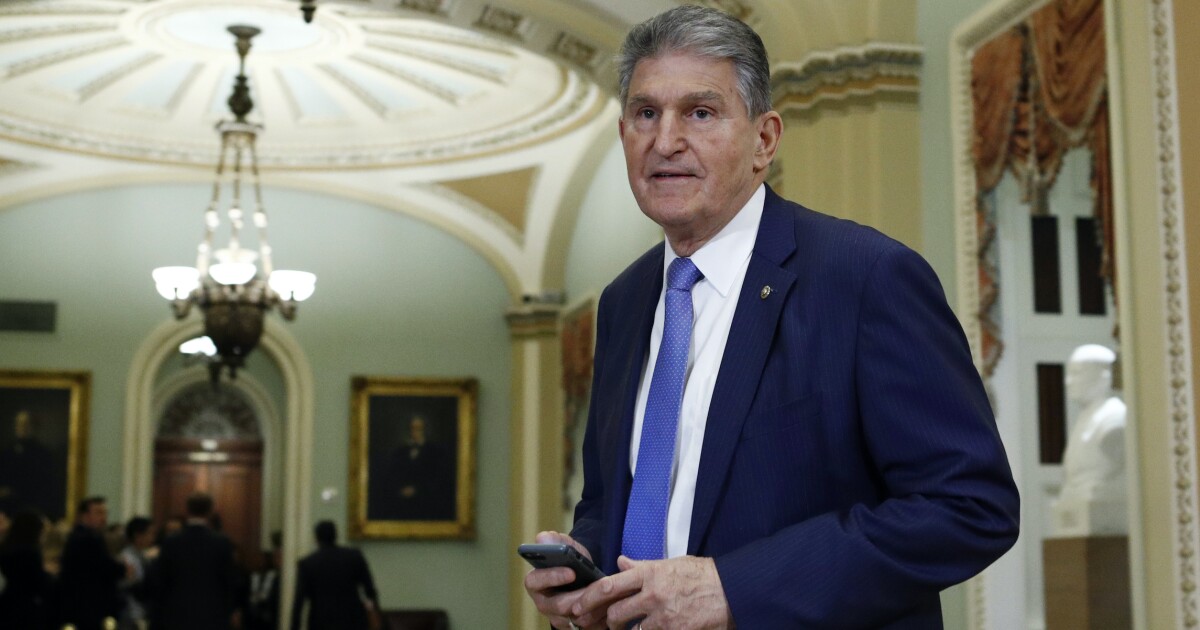 Even with the Democrats' trifecta control of Washington in both chambers of Congress and the White House, every piece of the Democratic agenda faces one key question: What does Joe Manchin think of it?

The West Virginia senator, who is one of the most conservative Democrats in the Senate and the only statewide Democrat who was elected in a state that President Biden lost by 39 points, effectively has veto power over any measures that Democrats want to pass without Republican support in a 50-50 divided Senate.

In a January interview with Manchin, CNN host Jake Tapper attempted to get the senator on the record on a number of policy issues in order to determine how far Biden could push his agenda: Where is he on additional $2,000 checks? The legislative filibuster? Statehood for Washington, D.C.? Bans on semiautomatic weapons?

Manchin has not been completely clear on all sticking points, but he has drawn lines in the sand. He opposes getting rid of the Senate filibuster, meaning that any measures that cannot be accomplished through the budget reconciliation process effectively need at least 10 Republicans to join with Democrats. Socialist Vermont Sen. Bernie Sanders hopes that a $15 minimum wage can be pushed through budget reconciliation, but Manchin’s opposition is halting that progress.

But his high profile makes it easy to overstate Manchin’s power.

“That's become a kind of a bit of conventional wisdom — that Manchin really controls the Senate. But that just isn't true,” said Matt Bennett, a co-founder of the center-left think tank Third Way. “Manchin is a very influential voice, for sure. But the guy in charge is [Majority Leader Chuck] Schumer.”

Rather than being in the driver’s seat on Democratic policy, Manchin is only forcing his party to hit the brakes.

In areas where Schumer does not have the full support of his caucus or the votes to push a policy forward, he is teaming up with the far-left wing of his party to push for it outside the chamber that he controls.

Schumer joined Massachusetts Sen. Elizabeth Warren, Minnesota Rep. Ilhan Omar, and other Democratic lawmakers earlier this month and called on President Biden to use executive action to cancel up to $50,000 in federal student loan debt. Biden is, for now, at least, resting those calls.

A key example of the limits of Manchin’s power is the coronavirus aid package being larger than he would have preferred.

Manchin is also not the only Democratic stick-in-the-mud in the Senate halting the party's left wing. Arizona Sen. Kyrsten Sinema has expressed strong opposition to eliminating the legislative filibuster and increasing the minimum wage to $15 an hour.

“I've been kind of baffled by the relative mismatch in coverage,” said Bennett. “They both have shown a willingness to kind of get out front, and take heat on Twitter, in ways that some other members may not want to do.”

But unlike Sinema, Manchin is much more willing to step into the limelight. He is a frequent presence on cable news and freely offers up his opinion on the policy or news of the day.

How, then, does Manchin best use his sway?

“Joe Manchin represents one of the poorest states in the country and is deeply mindful that his state is in serious, serious trouble. What he wants to do with his remaining time in Washington, and with this very slim majority that we have, maybe not for long, is help West Virginia,” Bennett said.

That includes breaking with the White House on energy policy, pushing for an all-of-the-above strategy, while Biden halted drilling on federal lands. Manchin’s spot as the chairman of the Senate Energy and Natural Resources Committee gives him some power in that arena.

And he was not afraid to speak up when Vice President Kamala Harris did a television interview with a local West Virginia news station that fumbled, talking about creating West Virginia jobs by “reclaiming abandoned land mines.”

Manchin balked at the interview, complaining that the White House did not reach out to him on the matter. “I couldn't believe it. No one called me,” the senator said. “That's not a way of working together, what was done.”

“There will be moments where he puts his foot down and says no and these kind of high-profile standoffs,” Bennett said of Manchin. “But I think mostly what it will mean is he will have a pretty substantial voice in determining what moves and what doesn't.”