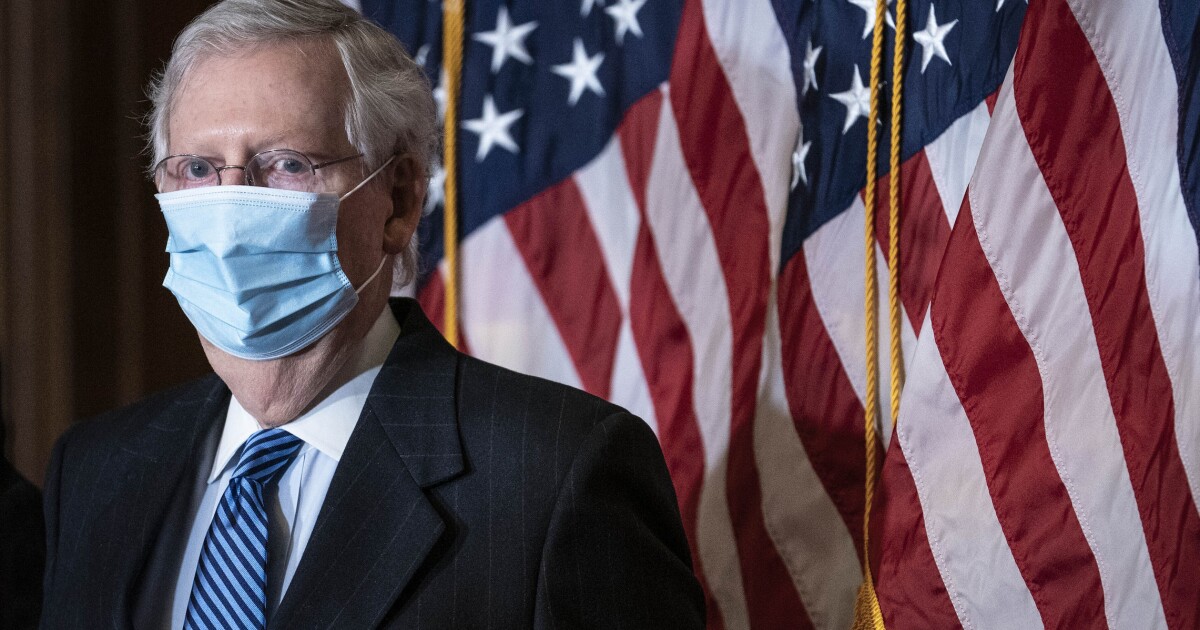 Senate Majority Leader Mitch McConnell announced Sunday a coronavirus aid deal was nearly complete as lawmakers rushed to complete work ahead of a midnight government spending deadline. Lawmakers may run out of time and could have to pass another brief stopgap bill while they draft the aid legislation.

“We're winnowing down the remaining differences,” McConnell said when the Senate floor opened for an unusual Sunday session. “I believe I can speak for all sides when I say, I hope and expect to have a final agreement nailed down in a matter of hours.”

Due to the time needed to hammer out final differences and draft legislation, the Senate may have to pass another stopgap government funding bill, Sen. John Cornyn, a Texas Republican, said Sunday.

Lawmakers in both parties agreed the major differences holding up a deal have been largely resolved.

Democratic leaders agreed to Toomey’s narrower language, which they said would not tie the hands of the central bank under the incoming Biden administration.

The coronavirus aid package would provide a $900 billion round of federal aid for businesses, schools, day cares, and healthcare, as well as additional money for rental assistance and food stamps.

The bulk of the measure’s spending, more than $300 billion, is directed to new loans for small businesses that are coping with more economic lockdowns amid a sharp rise in coronavirus cases across the nation.

The Toomey provision limiting the Fed became a tough, last-minute sticking point. Republicans largely agreed with Toomey that Congress needed to ensure special Fed borrowing language in an earlier virus aid package did not extend into the new year.

Democrats refused to back down on their objections to restricting the central bank and accused the GOP of attempting to limit the incoming Biden Administration.

McConnell on Sunday urged lawmakers to wrap up talks in order to pass the bill and help the country cope with a new surge in cases and another round of economic lockdowns.

“At this point, we're down to the last few differences that stand between struggling Americans and their major rescue package they need and deserve,” McConnell said. “These days and nights and negotiations have been encouraging, but our citizens need this waiting game to be over.”