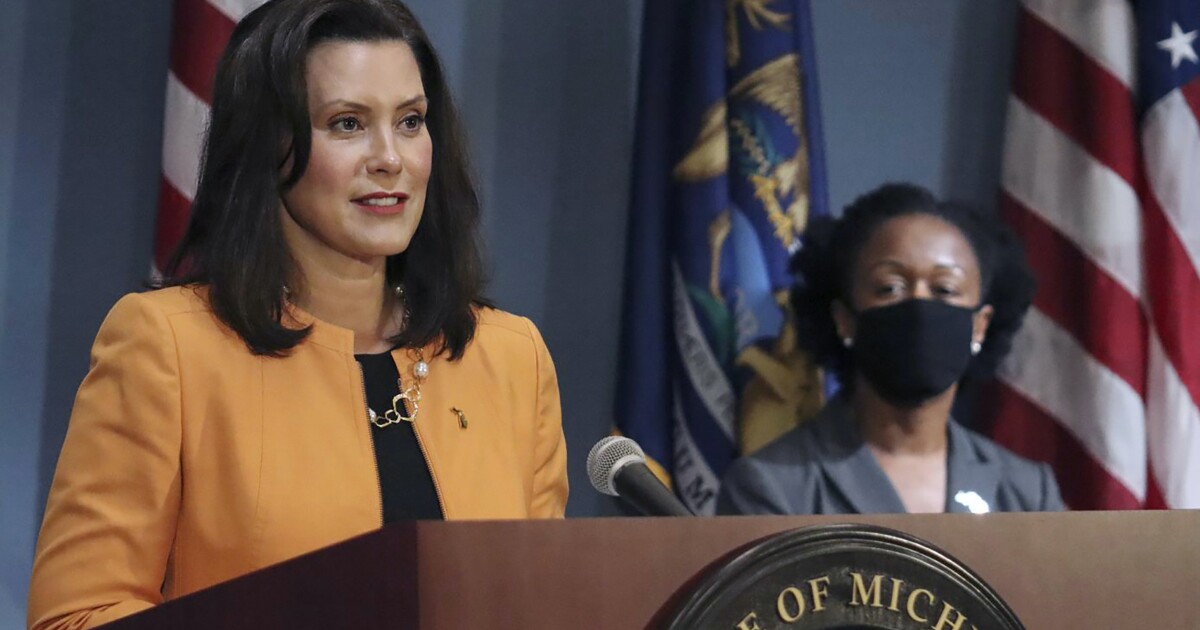 Michigan Gov. Gretchen Whitmer announced on Monday state restrictions on indoor dining and in-person classes scheduled to end on Dec. 9 will last for another 12 days to help contain the spread of the coronavirus.

The extension, opposed by Republicans, follows a Thanksgiving season during which many people traveled. It presents yet another challenge to families and businesses already struggling with the economic and personal costs of shutdowns this year.

Whitmer said the state would soon proceed on to a “pathway to cautious reengagement,” according to Fox 2 of Detroit. The Democratic governor also pointed out the increasing occupation of hospital beds as a reason for the expansion, saying, unlike early in the pandemic, healthcare workers from other states are not able to help Michigan.

The governor said 79% of hospital beds in her state are occupied, and the situation has worsened since the spring when patients could be transferred from one area to another.

Republicans demanded the extension be tossed. Michigan GOP Party Chairwoman Laura Cox said in a statement that the decision would be detrimental to the state's economy and society.

“Michigan businesses and families cannot withstand another shutdown, and I am calling on Governor Whitmer to reverse course and allow Michiganders the freedom to work, go to school, and be with their families during this holiday season,” Cox wrote on Twitter.

Michigan businesses and families cannot withstand another shutdown, and I am calling on Governor Whitmer to reverse course and allow Michiganders the freedom to work, go to school, and be with their families during this holiday season. https://t.co/0v9Yx5sF5c

Some Michigan business owners expressed sadness at the extension as they struggle to stay open after nine months of inconsistent functioning.

Detroit restaurateur Stephanie Byrd told the Detroit Free Press she was expecting the extension and supports the decision, but hopes for some kind of relief to help her get through the pandemic.

“I’m just numb. This would’ve been our best time of the year,” Byrd said. “The thought that we will have no holiday activity and then have to reopen during the worst time of the year … I’m finding it hard to rally right now. All I can do is pray.”

The extension will last until Dec. 20, and Whitmer is encouraging Michigan residents not to travel or have large gatherings for the Christmas season. The coronavirus has infected more than 420,000 Michiganders and has been linked to nearly 10,000 deaths.