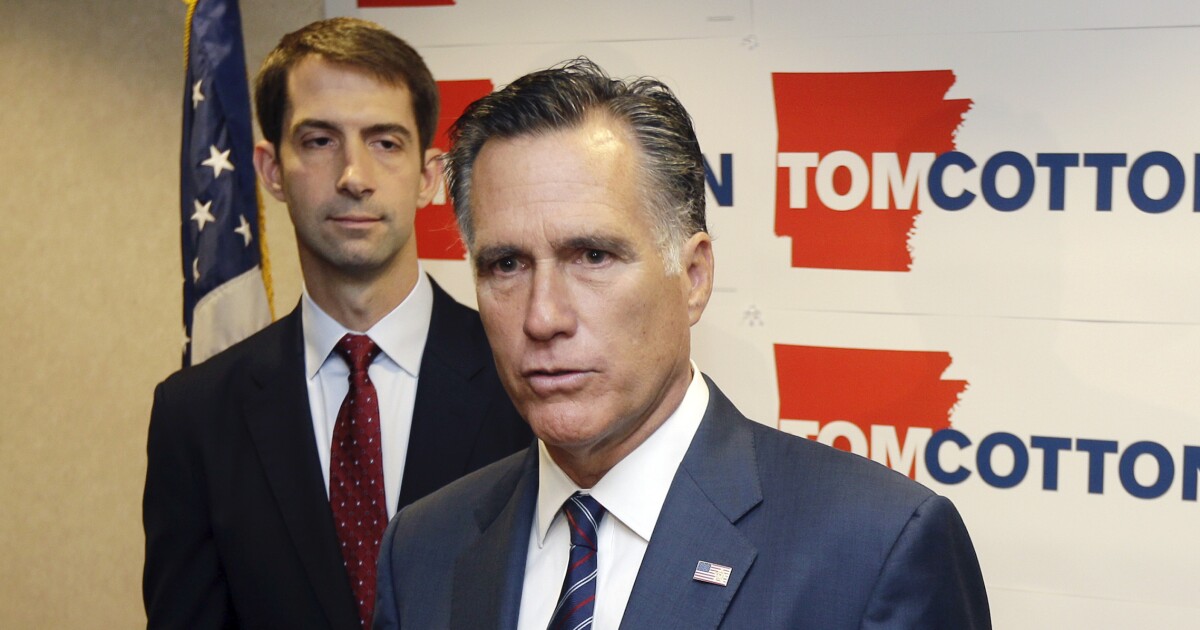 Sens. Tom Cotton and Mitt Romney announced on Tuesday their intention to introduce legislation hiking the federal minimum wage and enacting mandatory E-Verify requirements in an effort to curb the employment of illegal immigrants.

Congress hasn’t raised the minimum wage in more than a decade, leaving many Americans behind. Our proposal gradually raises the minimum wage without costing jobs, setting it to increase automatically with inflation, and requires employers to verify the legal status of workers.

You can be forgiven for wondering what distinguishes this proposal (at least, on the minimum wage part) from something out of Sen. Bernie Sanders’s office. There’s nothing fiscally conservative about embracing federal minimum wage hikes. It’s an abandonment of the principle that ignores everything conservatives are supposed to understand about economics and the perils of big government.

The political ambitions of Romney and Cotton aside, the real minimum wage is always zero.

A recent review of minimum wage research found clear, consistent results that showed job losses from minimum wage hikes and that this unemployment was disproportionately borne by teenagers, minorities, and less-educated workers. Conservatives are supposed to be wise to the perilous unintended consequences that plague big government interventions in the economy, but apparently, the senators have forgotten this most basic tenet of fiscal conservatism.

So, too, financial experts have warned that after a year of crushing COVID-19 lockdowns and riots, a minimum wage hike would spell death for small businesses. For GOP senators who claim to fight for Main Street, it’s odd to see them forwarding the policy agenda of Amazon and Walmart, which know that federal minimum wage hikes will help them eliminate their mom-and-pop competition.

Similarly, Romney and Cotton both claim to be pro-family social conservatives. But their latest dalliance with Sanders’s labor policy would hurt working families if implemented. A recent study from the Heritage Foundation documents how an increase in the federal minimum wage would send the cost of childcare, a labor-intensive service, skyrocketing.

For example, imposing a federal $15 minimum wage would mean subjecting Puerto Rico, which has a vastly lower cost of living and average wage than Washington, D.C., to the equivalent of a $68 minimum wage in the district.

To be clear, Romney and Cotton aren’t necessarily suggesting a $15 federal minimum wage. We’ll have to wait and see what the specifics of their proposal entail. But any federal, one-size-fits-all minimum wage hike would cause this kind of dysfunction, albeit potentially on a somewhat less extreme scale.

It’s unclear what Romney and Cotton hope to accomplish with this stunt, seeing as their legislation has no chance of passing. Democrats will never support it due to the immigration provision, while, hopefully, most Republicans won’t sign on to legislation enacting liberal minimum wage policy.

All this new proposal really serves to do is remind us that while Romney and Cotton might be Republicans, they aren’t fiscal conservatives in any meaningful sense.

Brad Polumbo (@Brad_Polumbo) is a Washington Examiner contributor and the host of the Breaking Boundaries podcast.