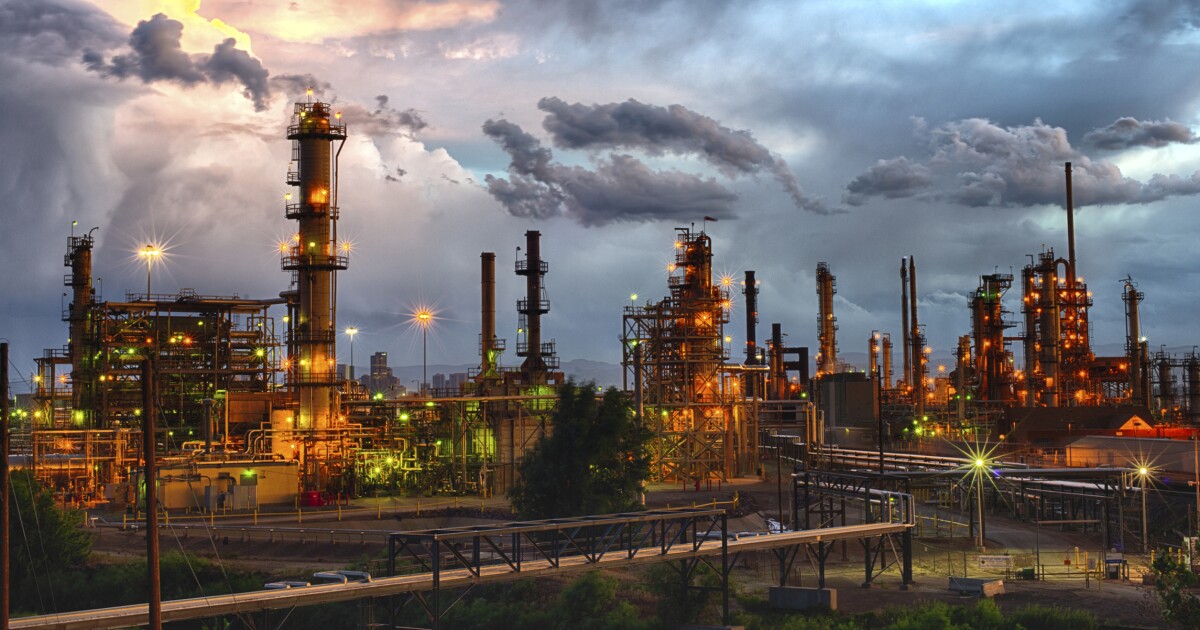 Biden, who is promising the most aggressive agenda on climate change of any president, could see a reason to doubt the climate credentials of the American Fuel and Petrochemical Manufacturers, which represents petroleum refiners and petrochemical makers. Oil is built into the fabric of their industry, and Biden is pledging to reduce the United States's reliance on fossil fuels to reach net-zero emissions across the economy by 2050.

AFPM has also experienced internal turmoil over its opposition to sweeping policies to curb emissions. In recent years, European oil majors BP, Shell, and Total have left the group because they’ve faced investor pressure on climate, citing differences over carbon pricing and the Paris Agreement.

The refining lobby, however, says it isn’t hostile to climate policies and wants to work with Biden.

“We want to make sure he knows where we stand on climate change. There have been reports about us that don’t capture the whole picture,” said Derrick Morgan, AFPM’s senior vice president of federal and regulatory affairs, during an exclusive interview with the Washington Examiner.

“We acknowledge that climate change is real, and we’re committed to developing sound policies” that address the “dual challenge” of meeting growing energy needs in an environmentally sustainable way, Morgan added.

Morgan said AFPM wouldn’t be coming to climate policy discussions empty-handed. The refining lobby has been working on a proposal for several years that would require cars on the road to use high-octane gasoline, known as 95 RON, which is essentially equivalent to today’s premium fuel.

The policy would lead to large fuel efficiency gains in new cars, thereby slashing greenhouse gas emissions, Morgan said. He said AFPM estimates that the policy would reduce emissions equivalent to if the U.S. had put twice as many electric cars on the roads as it did in the last three years.

AFPM believes any high-octane fuel performance standard must originate in Congress, but Morgan said Biden could serve as a deal-maker in helping to advance the policy.

While several major automakers, including General Motors and Fiat Chrysler, have backed a high-octane fuel standard in recent years, refiners haven’t had as much luck finding support among biofuel producers. Ethanol is the cheapest and cleanest source of octane, but biofuel producers have fought vigorously with AFPM and other refining groups to preserve the biofuels blending requirements under the Renewable Fuel Standard.

For that reason, working together is unfamiliar territory for refiners and biofuel producers.

“We’re kind of like both aircraft carriers, if you will, trying to change course. It takes a while when you’re used to having policy discussions surrounding the RFS year after year after year,” Morgan said.

“It takes a while to take a step back like we decided we had to,” he added. “We decided RFS repeal wasn’t in the cards, and so we needed to approach this in a different way.”

It isn’t clear, however, whether Biden’s team could get behind a high-octane fuel standard. Biden, on the campaign trail, suggested he was more inclined to side with biofuel producers than oil refiners on fuels issues.

The president-elect has also promised to go big on electric cars, expanding subsidies to help consumers purchase the vehicles and funding the build-out of at least 500,000 charging stations. Biden will have a better shot at passing those policies after Democratic victories in the Georgia Senate races.

“Our message to Democrats and to the administration is, we know you want to do that. … What about the bulk of the fleet today?” Morgan said, noting that roughly 98% of cars on U.S. roads are still gas-powered. “It’s going to be the bulk for the foreseeable future in just about anybody’s estimates. Why not make that fleet more efficient?”

AFPM is cautioning Biden not to take a “heavy-handed” approach to mandate electric cars in a manner similar to how California has by essentially banning new sales of gas-powered cars by 2035. The oil refining lobby is also wary of expanding subsidies for electric cars, arguing that those incentives tend to favor wealthier people who can already afford to buy the vehicles.

Morgan said even though AFPM is eager to see a bipartisan infrastructure package in the new Congress, the refining group will be pushing back if it becomes a green-focused bill that favors electric cars. He noted Tesla’s market cap now exceeds that of Ford, General Motors, and Fiat Chrysler combined and that Elon Musk is the richest man in the world.

“His company and others don’t need handouts from the government or sweetheart deals with utilities in order to build out infrastructure for their products,” Morgan said.

As AFPM looks to work with Biden, it also sees an opportunity to continue expanding the nation's status as the world’s largest exporter of refined products.

President Trump’s legacy on trade “was a little bit tarnished,” as refiners and the broader oil industry were hurt by the president’s tariffs on steel and aluminum, Morgan said. Trump’s tense trade relations within North America and with China dampened the U.S. industry’s ability to export.

“Having a rational trade policy that recognizes the benefits of free and fair trade — we think that could be a real boon,” Morgan said.

Biden, nonetheless, is also likely to seek to link his trade policies directly with his climate change agenda. On the campaign trail, Biden floated applying a carbon fee to emissions-intensive imported products. Europe has been weighing a similar policy, and France recently rejected a liquified natural gas deal with the U.S. over concerns about methane emissions.

Morgan said AFPM has been tracking the policy discussions in Europe closely and would also want to weigh in with Biden on any carbon border adjustment policy.

He noted that the U.S. has a “pretty robust” trading relationship in refined products with Europe, for example, that the industry wants to preserve. Morgan also cautioned that Biden’s team shouldn’t craft such a policy in a strict way that would drive companies to leave the U.S. to build operations in other countries with fewer restrictions.

“We’re going to be reliant on U.S. government officials making sure our companies aren’t disadvantaged as a part of that,” he said.