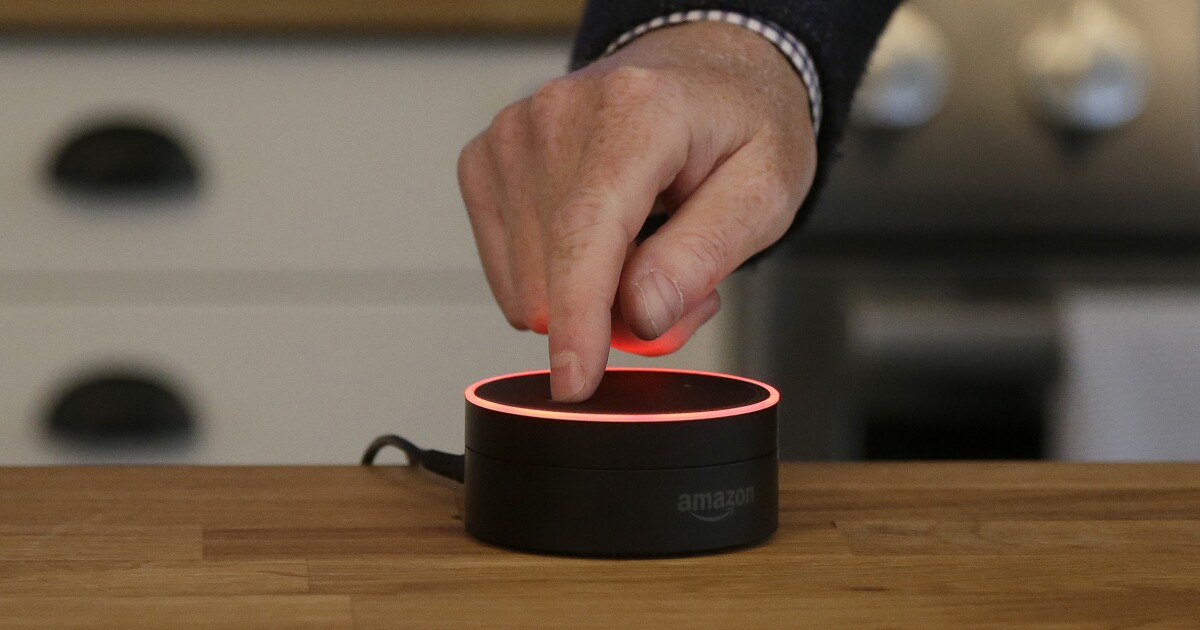 People named Alexa are reportedly starting to change their names because of the teasing, jokes, and harassment they receive because they share a name with Amazon's popular voice assistant.

Those named Alexa are angry with Amazon because they say their name has been “appropriated” by the corporate giant, according to dozens of women and girls named Alexa that the Washington Post interviewed.

“It was like, you guys have so much money and so many people working for you and not one person thought to be like, ‘Listen, Alexa is a name that people use,’” Alexa Morales said.

“I can't even look at Amazon stuff anymore without wanting to kick the package over,” she said.

The name's popularity has drastically dropped since Amazon started its voice service, also called Alexa, which is a virtual assistant technology built into Amazon speakers and smart devices to help users accomplish tasks through speech recognition.

In 2015, at about the time Amazon chose Alexa as the “wake word” for its voice service, more than 6,000 baby girls were named Alexa, according to a Washington Post analysis of Social Security Administration data . In 2020, only approximately 1,300 babies were given the same name.

Almost 130,000 people in the United States are named Alexa, which became a popular name after singer Billy Joel and model Christie Brinkley chose the name for their daughter in 1985.

More than 10 women said that they have started using nicknames or their middle names instead of being called Alexa, and at least seven women with the name said that people in their lives, including teachers and employers, have decided to rename them in order to avoid triggering Amazon's voice assistant feature.

Many women called Alexa said that Amazon's decision to use their name for its voice assistant has led to frequent jokes at their expense and that some have even been told by employers to avoid saying their name or have been assigned new names to avoid confusion with Amazon's voice service.

Amazon initially chose the name Alexa because it is easy to pronounce and highly recognizable and was inspired by the Library of Alexandria in Alexandria, Egypt, which was one of the most important libraries in history.

“They were hoping to sort of humanize it, but at the cost of other humans’ feelings,” Phillip Hunter, the head of user experience for Amazon Alexa Skills from 2016 to 2018, told the Washington Post .

“If your product is causing people difficulty, you should figure that out first and reconsider,” he added.

Now, Hunter says that Amazon should not use a human name for their voice service and instead change it to “something more utilitarian.”

Amazon said it did not intend to hurt anybody by choosing the name Alexa and that it tries to give users alternate wake words to use on their devices.

“Bullying of any kind is unacceptable, and we condemn it in the strongest possible terms. We designed our voice assistant to reflect qualities we value in people — being smart, considerate, empathetic, and inclusive,” Amazon said in a statement to the BBC in July for a story regarding the bullying and harassment of children named Alexa.

“As an alternative to Alexa, we offer several other wake words customers can choose from, including Echo, Computer, Amazon, and Ziggy,” the company added.

However, not all of Amazon's smart devices allow users to change the wake word from Alexa to something else, including the Echo Auto and the Echo Buds. Furthermore, hundreds of non-Amazon products that have the Alexa voice assistant built into them do allow a different wake word to be used instead.

Amazon acknowledges this shortcoming and said it's trying to rectify the problem.

“We are currently looking into ways to expand wake word options on Alexa built-in devices,” Amazon wrote in a statement to the Washington Post.

Federal Reserve president pushes back on recession fears: ‘The economy is strong’

‘Morning after’ pills get purchase limits from large drug stores