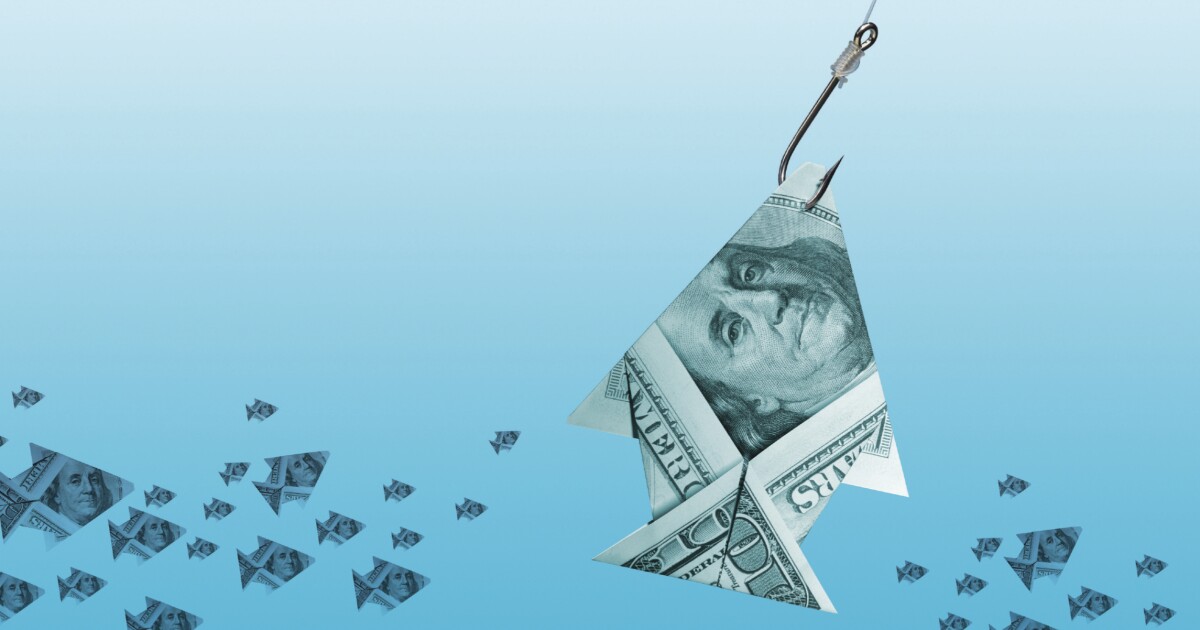 A death in the family. A pregnancy loss. A cancer diagnosis.

These are just some of the somber life events that people say representatives from multi-level marketing companies have attempted to use as opportunities to push their products and recruit more salespeople.

“Hey, girl! Didn’t you say you had a miscarriage?” wrote someone selling fake nails for Color Street, according to a screenshot posted on Reddit. The salesperson explained to the woman that the company had launched a “beautiful” themed set of nails for pregnancy loss.

The story is among thousands shared on a subreddit called “antiMLM,” which was created in 2011 and has since grown to nearly 750,000 members — or people in its “downline,” a reference to the pyramidlike structure of MLMs. People in the online group share stories about their negative experiences with the companies that often lure sellers in with promises of larger incomes and flexible work hours.

The multitude of stories shared in the group, though largely unconfirmed, underscores the mounting public criticism of MLMs and the pressure on them to change their business practices amid reports and lawsuits alleging that many operate as pyramid schemes.

MLMs are considered legal because they sell actual products, unlike pyramid schemes. But in many cases, federal and state investigators have said companies crossed the line, focusing more on recruitment, or growing the pyramid, instead of actual sales. TikTok has also banned MLM content from its platform.

Now the federal government is taking a closer look at MLMs and threatening pricey penalties if the companies don’t comply with existing rules about deceptive recruitment tactics.

In October, the Federal Trade Commission wrote letters to more than 1,100 businesses warning that if they deceive sellers about how much money they could earn if they join, the companies could be fined up to $43,792 per violation.

“As the pandemic has left many people in dire financial straits, money-making pitches have proliferated and gained special attention,” the FTC said in a press release . “From multi-level marketing companies offering the dream of owning a business to investment ‘coaches' with promises of secrets on how to beat the odds, to ubiquitous ‘gigs' that pitch a steady second income, Americans are bombarded by offers that often prove to be less than advertised.”

The move came four months after Truth in Advertising, a consumer advocacy group, wrote a letter to the FTC urging it to “stop playing a game of whack-a-mole with the MLM industry” and start issuing the fines.

Laura Smith, the group’s legal director, said in a statement to the Washington Examiner that by sending the letters in October, “the FTC has signaled that it intends to address deception in the industry more forcefully and with a wider net.”

“We expect continued regulatory scrutiny in this space,” Smith said.

She also noted the FTC’s review of a critical rule requiring businesses to provide certain data when pitching opportunities to investors or buyers — and that that information is accurate. The review of the rule, known as the Business Opportunity Rule, “will further shine a light on the industry’s practices,” Smith said.

The rule does not explicitly target MLMs in the businesses it covers, but it could be changed by the FTC. When it announced the review in June, then-FTC Commissioner Rohit Chopra said he supported updating the rule to include MLMs.

“This rule was intended to ensure that would-be entrepreneurs are not cheated through deceptive earnings claims and other forms of fraud, and it allows the Commission to seek civil penalties, damages, and other relief against violators,” wrote Chopra, who is now the head of the Consumer Financial Protection Bureau. “However, prior Commissioners voted to exempt multi-level marketers from the rule’s requirements.”

“There is no dispute that lying about earnings claims and other related practices is unlawful,” Chopra continued. “By formally codifying these prohibitions into rules like the Business Opportunity Rule, the Commission can seek restitution and penalties against multi-level marketers, gig economy platforms, and others who cheat workers and entrepreneurs through false earnings claims, without imposing any new obligations on honest businesses.”

Jay Mayfield, a spokesman for the FTC, said in an email that he couldn’t comment on the status of the review, but he noted that though the Business Opportunity Rule “was crafted to avoid broadly sweeping in all MLMs, it does not explicitly exempt MLMs from coverage.” He said decisions about whether the rule applies to businesses are “made on a case-by-case basis.”

Mayfield also declined to say whether the FTC has issued any penalties since putting companies on notice in October, adding, “As you know, we cannot comment on the existence of any nonpublic investigation.”

Mayfield noted that the FTC had filed lawsuits against two MLMs — Neora , a health and beauty company, and Success by Health , which sold coffee it claimed had health benefits — for allegedly operating as pyramid schemes.

One of the most high-profile MLMs to face scrutiny in recent years, though, has been LuLaRoe, once a behemoth in the industry. The company, best known for using Facebook to sell swaths of soft leggings in bright patterns and colors, experienced explosive growth after it launched in 2013, reportedly making more than $2.3 billion in retail sales solely in 2017.

But since then, LuLaRoe has been hammered with allegations that it sold low-quality products and also operated as a pyramid scheme, focusing heavily on recruitment instead of sales. In 2017, former retailers filed a class-action lawsuit against the company, and in February, it agreed to pay $4.75 million to resolve a lawsuit brought by the state of Washington.

In September, Amazon released a docuseries titled LuLaRich, which detailed how the company provided representatives who recruited more sellers with hefty bonus checks — sometimes tens and even hundreds of thousands of dollars per month. But ultimately, the series showed, many women were left with mounds of debt and unsold products.

“Most people who join legitimate MLMs make little or no money,” according to the FTC's website . “Some of them lose money.”

The docuseries was the latest in a string of exposés on LuLaRoe based on the experiences of former sellers who were so disillusioned with the company that they decided to speak out.

But LuLaRoe isn’t the only high-profile MLM to be rocked by controversy in recent years. Last year, Herbalife, a nutrition company, entered into a deferred prosecution agreement with the Department of Justice and admitted to violating the Foreign Corrupt Practices Act by bribing Chinese officials. Herbalife agreed to pay more than $122 million in penalties as part of the agreement.