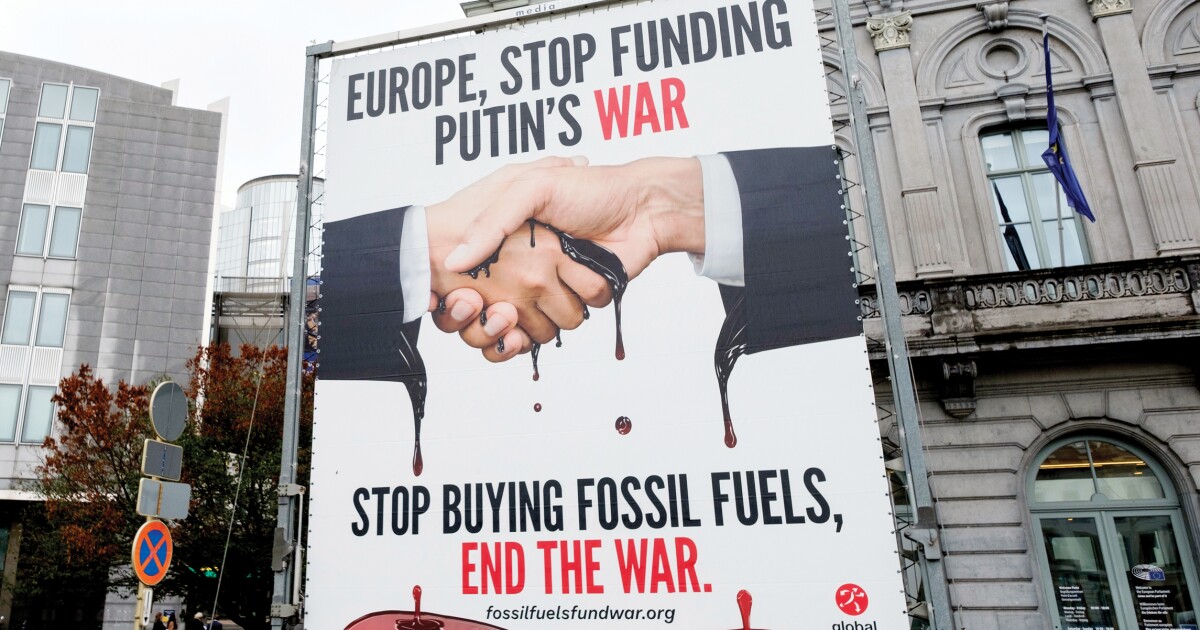 Most important among those lessons has to do with asymmetric warfare. Despite a smaller, less powerful military, Ukraine is winning. It has capitalized on its strengths, including superior morale, better junior officer corps, and access to Western intelligence and reconnaissance technology. Ukrainians have also been able to identify and press against their opponent’s weakest points — mostly the decaying discipline and poor training in the Russian military.

Asymmetry matters in other policy areas, too. The U.S. is not going to outcompete China by emulating the regime in Beijing. Notwithstanding the Left’s complaints about the putative “neocolonialism” of the International Monetary Fund or the World Bank, Western democracies do not actually pursue coercive economic diplomacy, Belt and Road-style, nor should they be trying to.

Our ability to build voluntary partnerships and coalitions of countries in which the U.S. assumes a leadership role is one of our key strengths. Another is the vitality of our free enterprise system. The U.S. has the potential to retain a technological edge, in a way China does not, because private initiative, critical thinking, and contrarian tinkering with the established way of doing things carry sizable economic rewards, not a jail sentence. It is important to keep it that way.

The war in Ukraine has exposed the dangers of economic dependence on regimes that wish us ill. For over a generation, elites in leading European countries, most notably in Germany, downplayed the danger that the Kremlin posed. Going cold turkey is painful: A typical German household is expected to pay over $500 more in gas bills over one year. Across Europe, governments are scrambling to provide households with financial assistance or to cap prices, at large cost to public budgets. In fact, the financial turmoil in the United Kingdom and the fall of the pound are likely linked to the size of the spending that its government is rolling out to help families with their heating bills.

Notwithstanding the short-term pain, Europeans will probably succeed at weaning themselves off Russian gas. Limiting our vulnerability to Chinese economic coercion, however, is a far more complex challenge. Managing it might be seen as what some scholars call a “wicked problem” — one that is incomplete, contradictory, and subject to changing, unpredictable requirements, which preclude a simple, unique solution.

A fifth of all U.S. imports, including 40% of the nation’s maritime imports, come from China. The country’s extraordinary economic rise and its integration into the global supply chains starting from the 1980s have generated large and widely shared economic benefits, especially for lower-income groups of the U.S. population.

Today, there are understandable concerns about the depth of our economic ties, particularly given the nature of China’s regime. Global supply chains were disrupted by China’s zero-COVID policy, with consequences felt by U.S. consumers. Although most economists would dispute it, the idea that imports from China have been a primary mover behind America’s “deindustrialization” and decline in manufacturing employment commands significant public support. Finally, and perhaps most saliently, Chinese economic policy encourages predatory practices by Chinese entities, typically state-connected ones, including intellectual property theft. Should China invade Taiwan, it could further use the existing ties as leverage over Western governments, including over the U.S.

What to do? Former President Donald Trump once mused about the possibility of producing one of the world’s most iconic gadgets, the iPhone, in the U.S. Shortly thereafter, the MIT Technology Review ran a back-of-the-envelope calculation of how much more expensive the iPhone would be if assembled in America. It arrived at a modest estimate of $30-$40 per phone.

Yet that calculation misses the bigger point. Designed in California, the iPhone is made with components from 43 countries and six continents. It is assembled in China primarily because it is the only place where a sufficiently large labor force can be mobilized at a scale that is needed to supply the world with new models in time.

Repatriation would require building an industrial and employment capacity that is hard to imagine in the U.S. context. Foxconn’s Shenzhen factory alone, one of several doing the assembly, employs 100,000 people. Their jobs are not particularly stable or well paying because the added value of final assembly is very low compared to the earlier stages of production, most notably design and development. At large expense and probably requiring a substantial degree of labor immigration, reshoring iPhone assembly would thus produce dubious economic benefits.

The use of tariffs on Chinese imports is also less than ideal because it imposes costs for Americans, not for the Chinese. The burden of Trump-era trade wars, for example, was created almost entirely by U.S. firms and consumers. On the whole, including Chinese retaliations, it affected U.S. manufacturing negatively, instead revitalizing the U.S. industrial base.

The “wicked” nature of the problem does not mean that the Chinese economic challenge to the world can be ignored. Western businesses operating in China must be aware of the political risks involved in operating in the country, and Western governments ought to be clear that such firms are essentially on their own if Beijing goes rogue. Simultaneously, there is every reason to monitor Chinese investment in the West and intervene if it affects areas sensitive to national security.

Building redundancies in, say, the supply of rare earth materials, steel, and ferroalloys, which are all used across the economy, including in the production of chips, is justified. The CHIPS and Science Act, which provides incentives for building chip production capacity in the U.S., might not be a perfect piece of legislation, but the bipartisan concerns that led to it are sound.

What matters is not only clarity about policy goals — 1950s-style manufacturing jobs are just not coming back, for reasons that have nothing to do with China or trade policy — but also an understanding of the asymmetric nature of our geopolitical challenge. The U.S. is not China, nor should it try to emulate its totalitarian adversary. Instead of trying to devise a command-and-control system that is incompatible with Western democratic capitalism, we must leverage our own strengths.

As Cambridge University economist Diane Coyle noted, the U.S. does have some success stories in the area of “industrial policy.” Measures that seem to work, in her view, are broad-based forms of support for strategic industries (the CHIPS Act could fall into this category), tariff rebates on inputs used for export, and the production of technical standards that reduce uncertainty. Furthermore, the federal government has long played an important role as a customer, in defense and in energy, for example, and as a key provider of funding for basic research.

Trends have not been favorable on many of these fronts. Military experts point out that the procurement of new military equipment does not rise to the level of what America needs. Even in nominal terms, federal R&D spending, meanwhile, has stagnated. To be sure, the U.S. will have to get its fiscal house in order to return fully, and in a sustainable fashion, to its traditional roles in procurement and research funding. Already now, however, it must start building on its main strength as a great power: the ability to build partnerships — as opposed to Chinese-style economic semi-colonialism.

In one limited way, our exposure to China may be less of a problem than the ubiquity of “made in China” goods suggests. As the example of the iPhone illustrates, China itself is part of complex supply chains spanning many other countries. The more businesses are concerned about political risk related to the regime, the more adjustments to those chains we will see, bringing China-based manufacturing to other Asian or Eastern European economies.

To encourage such an outward movement of capital, the U.S. must pursue a far more ambitious program of economic integration and trade liberalization with like-minded countries than we have seen under either the Trump or Biden administrations. There are good reasons for joining and deepening the Comprehensive and Progressive Agreement for Trans-Pacific Partnership, genuinely improving current partnerships (i.e., deepening the United States-Mexico-Canada Agreement), and pursuing trade agreements with the likes of the European Union and the U.K.

Alas, the approach is far too often dominated by the narcissism of small differences and an unhelpful defensive crouch. As a result, the EU is pursuing its own Chips Act rather than coordinating with the U.S. on measures that would work for both. The area of digital services is plagued by the same problem, as are the largest economies’ approaches to climate policy.

If the U.S. and the Western world at large are going to succeed in their competition with China despite our shrinking share of the global economy, then they must do better than that. Here’s to hoping that the example of Ukrainian heroism and astuteness on the battlefield can provide an impetus for more imaginative policymaking, including on international trade, across the free world.

Dalibor Rohac is a senior fellow at the American Enterprise Institute in Washington, D.C. Twitter: @DaliborRohac.