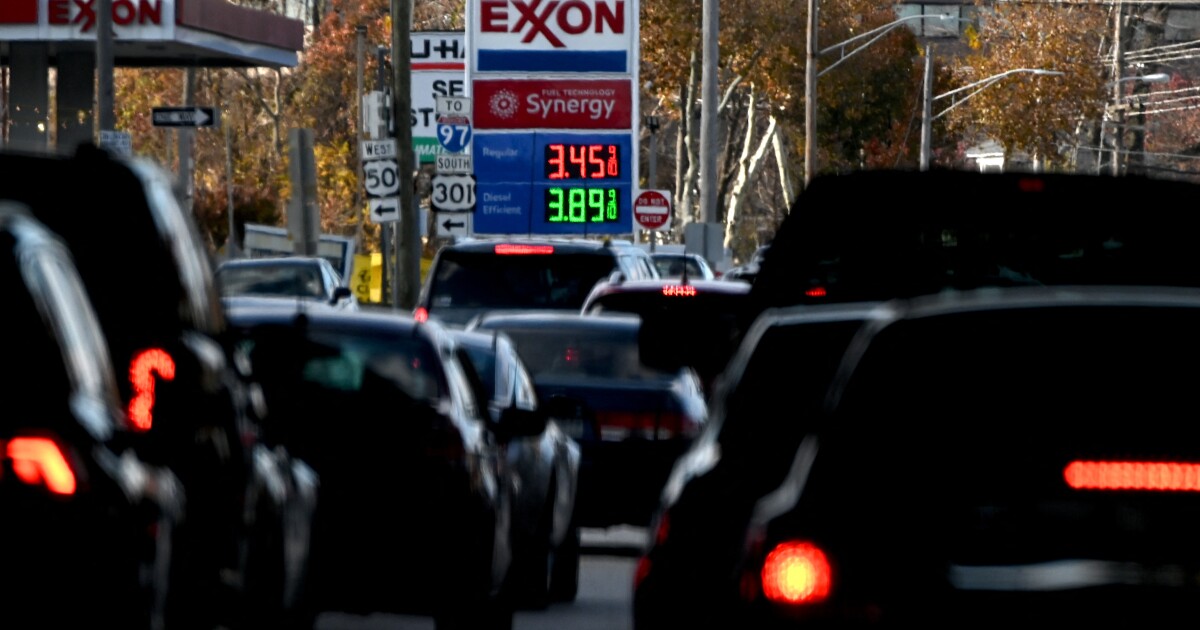 Once, during a meeting with then-presidential candidate Donald Trump inside Trump Tower on Fifth Avenue in New York, we discussed energy policy. I told Trump that if we went all out to produce America’s abundant supply of oil, gas, and coal, the United States could be energy independent in four years.

There are few issues where Trump and President Joe Biden have differed more broadly on policy than on energy production. Trump went full speed on fossil fuel production. He lifted drilling restrictions, especially in states such as Alaska and on federal lands in the continental states. He gave the green light to vitally needed pipelines. He blocked new extreme environmental regulations that were intended to choke off our oil and gas supplies. He recognized the shale oil and gas revolution as an unparalleled opportunity to reduce reliance on foreign oil.

The Trump energy policy was an astonishing economic success story. By January 2021, exactly a year ago and Trump’s last month in office, for the first time in nearly 50 years, the U.S. was producing more oil than we were consuming. We imported no net oil from Saudi Arabia and the OPEC cartel nations. We were also producing more oil and gas than the Russians and the Arabs.

Biden has come into office, and after one year, we have seen a 4% surplus of domestic oil and gas production to a 4% oil and gas deficit. We have gone from energy independence back to energy dependence. This is because Biden has declared war on American energy. He has killed pipelines and reversed almost all of Trump’s pro-drilling policies. In early January, Biden stopped drilling on hundreds of thousands of potentially prime oil fields in Alaska. He is obsessed with climate change, so he loves wind and solar power and electric cars that don’t use gasoline. But under even the most optimistic assumptions, we will be getting the majority of our electric power, heating oil, and transportation fuels from fossil fuels for at least the next 25-30 years.

The only question is whether we will get our fossil fuels to keep the lights on and the cars running from states such as Texas, Oklahoma, North Dakota, Wyoming, Pennsylvania, West Virginia, and Ohio, or whether we will get it from the Arabs, the Russians, the Iranians, and the Mexicans. Since the U.S. has much stricter environmental standards than these other oil-producing nations, any move to lower U.S. production and import the fuels from abroad adds to greenhouse gas emissions. It’s lousy economics, a danger to our national security, and isn’t even green.

The economic cost of moving away from energy independence is already about a $1 billion loss of economic output each week and about $50 billion a year down the drain.

What is worst of all (and a pitiful and embarrassing turn of events) now that oil production has fallen due to Biden edicts, this president goes to the Saudis and the OPEC nations and begs them to increase their output. It is a black eye for America. It makes us look weak, and it has made us weaker.

The two biggest winners from Biden’s War on American energy have been Chinese President Xi Jinping and Russian President Vladimir Putin. These leaders of nations that are clearly enemies of the U.S. cannot believe their good luck that Biden is president. He has made western and northern Europe dependent on Putin for reliable energy. Meanwhile, in China, Xi pats Biden on the head and pledges that he will reduce the Chinese pollution levels while building scores of new coal plants that burn dirty, not clean coal.

Does any of this make even one iota of sense? Does any of this strategy put America first? And by the way, the consumer price index numbers just came out for Biden’s first year in office. Gasoline prices at the pump are up 52% in 12 months.