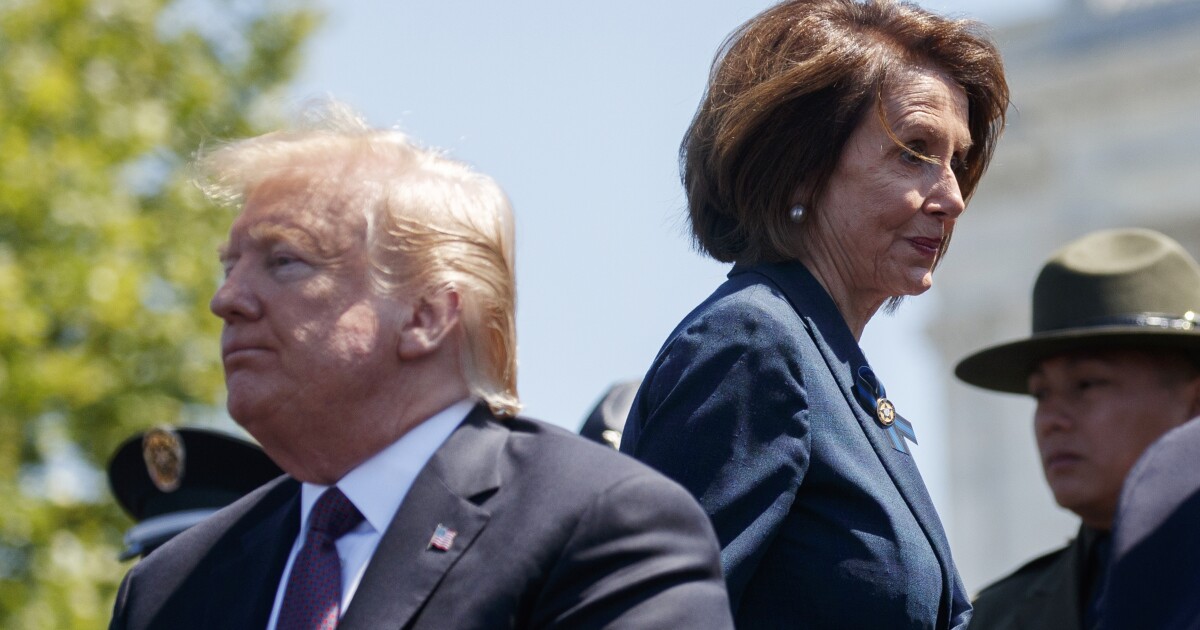 President Trump said on Friday that he's in support of an even bigger coronavirus relief package than what Democrats are currently offering, reversing his position from a few days ago.

“I would like to see a bigger stimulus package, frankly, than either the Democrats or Republicans are offering,” Trump said on conservative radio host Rush Limbaugh's show on Friday afternoon.

Trump said he's going “the exact opposite now,” reversing himself on what he said in recent days on virus relief spending negotiations. Trump declared Tuesday that he was pulling out of negotiations. He accused Speaker Nancy Pelosi of failing to negotiate “in good faith.”

With Trump's support, the negotiations appear to be back on track now.

Pelosi and Treasury Secretary Steven Mnuchin said they plan to hold discussions on Friday about a new White House coronavirus aid package that would increase a previous offer of $1.6 trillion to $1.8 trillion.

The two parties agree on a new round of stimulus checks and money for schools and day care, as well as testing and treatment for the virus.

Trump tweeted earlier this week that he wants a narrow deal that would provide the stimulus checks, as well as money to prop up the ailing airline industry. Pelosi rejected a smaller spending deal, however, and said any airline bailout must be part of a broad aid package.

The president, who is still recovering from COVID-19, is on a Friday media blitz, appearing on Limbaugh's show with scheduled appearances on Mark Levin's radio show and Tucker Carlson Tonight on Fox News.