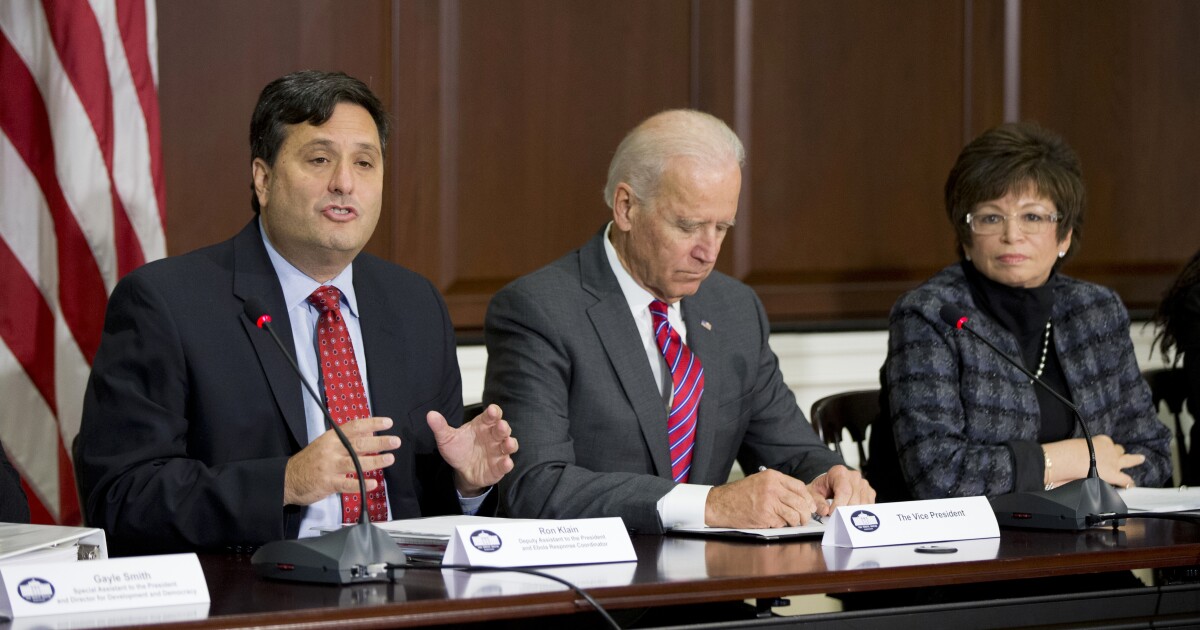 On the year's final first Friday of the month, the Bureau of Labor Statistics dropped yet another disappointing jobs report, missing expert estimates by about 60%. Predictably, Ron Klain has spent the morning as he spends every other — tweeting through the pain.

The labor force participation rate still has not recovered from what was lost before the pandemic, yet the White House chief of staff saw the jobs report as cause for celebration.

On display is the same strategy Klain clearly believes is working, namely that he can gaslight his way to claiming a second term for Joe Biden in the Oval Office. Sometimes this strategy involves lying to the public about how great they have it. Sometimes it involves shifting the goalposts so far that he even convinces himself. For example, Matt Yglesias's obvious mockery of the two-cent drop in gas prices over two weeks inadvertently led the DCCC to tweet this fact out as a win for Democrats.

Other times, Klain just full-on gaslights us, reciting lies with as much passion and promise as the sycophants who laud the naked emperor's new clothes.

By absolutely no metric is the above tweet correct. It's not just, as the Wall Street Journal article commented on by Klain details, how much better red states have fared at recovering all of their pre-pandemic jobs relative to blue ones. It's that those red states managed to lower their unemployment rates while keeping as many adults in the labor force in general. This problem has plagued the blue states as parents, disproportionately mothers, struggle to balance random classroom quarantines (a consequence of needless draconian coronavirus school regulations) and older adults who found the job market so unpalatable they moved their retirement forward and exited the workforce for good.

As a result, six of the top 10 states with the highest labor force participation rate are red. One is purple (Wisconsin).

Furthermore, wage growth from June 2020 to June 2021 was better in Republican states across the board. Once again, six of the top 10 states are Republican. Even with Biden's absurd regulatory regime casting inflation across the country, red states have still prevailed thus far when it comes to growth.

Every state saw a drop in real GDP last year, but as the BEA heat map demonstrates, it was far less precipitous among red states.

Even though blue states are catching up, red states have still outperformed in GDP growth from the beginning of 2020 through the second quarter of this year. Of the top 10 states in this metric, seven — Iowa, North Dakota, Nebraska, Indiana, Tennessee, North Carolina, and Kentucky — are red. New York, Washington, and California, two of which are ordinarily the greatest economic engines of the country, are the remaining three. (Biden's native Delaware has seen a measly half percentage point of economic growth in that time.)

We are used to White Houses of all political stripes lying to us, but the lies the Biden administration tells are betrayed by everyone's eyes, ears, and pocketbooks. It doesn't matter how great Klain boasts our (artificially) tight labor market when we all know service is getting slower, worse, and more expensive.

Biden can bleat about how “transitory” this inflation is, but can you believe that when your paycheck covers less and less of your regular budget? The average person spends the majority of that budget on food, transportation, and housing — the three things exploding in price right now. Not only are those things we experience and ascertain as fact, but these are things that directly infuriate us.

At some point, maybe Klain and company will realize lying to voters about how great things are is a losing strategy. But by then, it may no longer be their government to control.