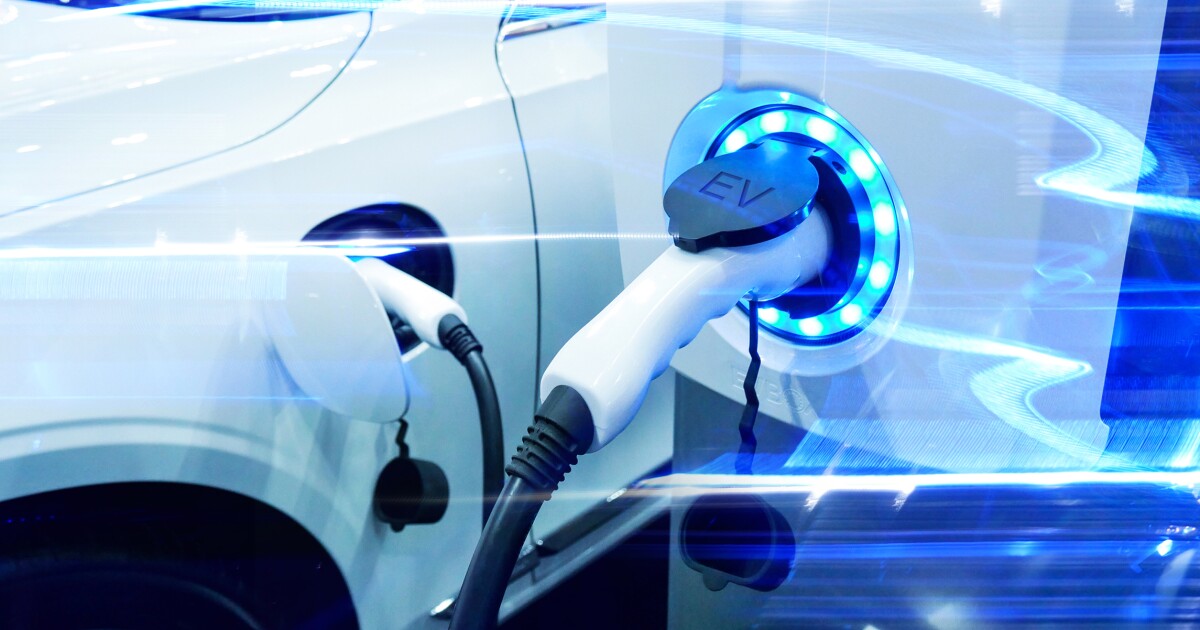 On Feb. 11, oil company Shell announced that it is moving toward net-zero carbon emissions by 2050.

“We must give our customers the products and services they want and need — products that have the lowest environmental impact,” Shell CEO Ben van Beurden said in a statement.

Buried quite a ways down in Shell's announcement was one way the energy company proposes to get to net-zero emissions. It plans to have “around 500,000” electric vehicle chargers at its stations by 2025 as it simultaneously scales up the number of stations. Currently, the company has about 60,000 chargers spread out over 46,000 gas stations. It will add approximately 440,000 chargers and 9,000 more gas stations.

The private sector, once again, is moving faster than the government. Shell's rollout will take place more quickly than what President Biden promised in his campaign when he said the government would help get 500,000 chargers deployed by 2030.

A Feb. 16 initial public offering had been planned for ChargePoint stock before getting hung up on a procedural hurdle. Investor's Business Daily reported that “while 99.9% of the votes cast so far were in favor of approving the deal, Switchback said only 45% of the outstanding shares submitted proxies to vote, falling short of the necessary quorum of a majority.” The acquisition company gave itself until Feb. 25 to muster the remaining votes.

Shell and ChargePoint are eager to expand their reach because the EV charger market is expecting exponential growth. Indian market research firm Meticulous Research issued a report estimating that the EV charger market will grow at a compound annual rate of 39.8% to become a $29.7 billion market by 2027.

The great EV charger expansion is a curious bet to make, given electric cars' current market penetration. “The numbers range around 1% of vehicles right about now and upwards of a potential to 10% in 10 or so years,” Alan Pisarski, national transportation policy and investment consultant and the author of the Commuting in America series of reports, told the Washington Examiner.

“The charging station versus vehicles is a classic chicken and egg [problem],” Pisarski added. “Which comes first? Usually, each grows a little bit together.”

There is also the problem of how to monetize the new charging points. “Revenue issues are still being worked out,” Marc Scribner, a transportation policy analyst at the Reason Foundation, admitted to the Washington Examiner.

In most cases, with existing EV chargers, people can plug in and charge it up if they have an electric vehicle — no need to pay. New EV stations will have to find a way to get people to pay, either directly or in some other way. People can get used to paying for what they used to get for free, as the significant number of newspapers and websites that are suddenly subscription-based demonstrates. Still, it's a hurdle.

It is not uncommon for new high-growth, venture capital-driven industries to take an “expand market now, work out profits later” approach. Right now, the best guesses that most experts could muster to the Washington Examiner for how EV chargers make money are through indirect revenues.

“Earnings for charging stations likely won't come from selling electricity alone but rather from ‘add-ons' like other goods and services — things like food and drinks that can also be sold by the charging station itself. Movie theaters have the same model, pocketing a large share of cash from selling hot dogs and soda rather than movie tickets themselves,” Ashley Nunes, director of competition policy at the R Street Institute, told the Washington Examiner.

“Companies are relying on charging stations as a path towards earnings. Tesla, for example, uses its charging network to address potential consumer concerns about running out of battery,” Nunes added.

Alain Kornhauser is director of transportation at Princeton University's Operations Research and Financial Engineering department. He said that people charging with EVs “spend maybe five times or more the amount of time” that regular car users spend at the gas pump. Unlike gasoline, there is no risk of spillage, so there is nothing tethering drivers to their cars during the charging time.

“At least in New Jersey, gas stations have become ‘Super Wawas.' Recharging my EV while I grab some things and then go may work really well,” Kornhauser told the Washington Examiner.

Much about the EV charging industry's future is up in the air since there is not a lot of consumer demand for electric vehicles. Instead, governments, and companies taking their cues from governments, are driving demand.

“The growth of the overall electric vehicle charging stations market is mainly attributed to government incentives, subsidies, and funding for the installation of charging stations; and automakers' initiatives for charging infrastructure development,” Meticulous Research admitted in the press release accompanying its report.

Still, how enthusiastically the financial sector and large gas stations decide to embrace EV charging might make a real difference in the composition of the American fleet. These companies can build out infrastructure that makes EV transportation more feasible. That feasibility can lead to economies of scale, making these vehicles less niche. And when things become cheaper and more widely available, outcomes that once seemed impossible no longer seem so far-fetched.

Right now, there's a long way to go. The business data website Statista reported that “in February 2021, the U.S. had almost 100,000 charging outlets for plug-in electric vehicles,” with about one-third of those in California and another 40,000 full-fledged charging stations. These existing charging points are provided by a number of sources, including Tesla and state and local governments.

However, Shell alone plans to add multiple times as many charging stations currently available in the United States. If other big gas stations compete with Shell by building out a significant number of EV charging stations, it could change what drivers of cars with gas-burning internal combustion engines think of as possible.

Nunes admitted that currently, “the market for charging stations is still quite small. Market share for electric cars is paltry, and government rebates have a poor record among consumers who drive the dirtiest vehicles, who should switch to electric cars.”

Kornhauser, however, said, “Shell's number seems substantial, seems like it is essentially equivalent to the number of Shell gas pumps or stations that Shell has geographically distributed throughout the nation.” Therefore, Shell management “must think that EVs are for real” and “see a substantial conversion to EV soon.”

Adie Tomer is a fellow with the Brookings Institution's Metropolitan Policy Program. He began his remarks to the Washington Examiner with the caveat that “ownership models” of gas stations “will obviously impact how these capital-intensive transitions advance.” More centrally owned and controlled stations will have an easier time deciding to go there and raise the capital.

“With that out of the way, gas stations are well-situated to serve as fast-charging points,” he said. “The real estate is already developed to move vehicles in and out. They're already located on well-traveled routes. We're making the transition to EVs easier if we can repurpose the country's over 100,000 retail gas stations.”

Tomer added, “Repurposing gas station's underlying mechanics does raise significant infrastructure questions, though. Can local distribution grids handle the stations' increased electricity loads? Should they have to install battery storage or renewable collection like solar panels? If law pushes out internal combustion engines, will the public sector help pay to convert gas stations? Answering some of these questions will require a rethinking of electricity regulation and public investment.”

How likely are the other gas stations to go down that battery-powered path? The Washington Examiner reached out to several of them with questions. BP and Exxon did not return inquiries by press time. Chevron's spokesperson declined to comment, explaining that the company didn't have enough time to put together a proper statement. Yet even that refusal seemed to signal that the issue is very much on the company's mind, and it doesn't want to get it wrong.