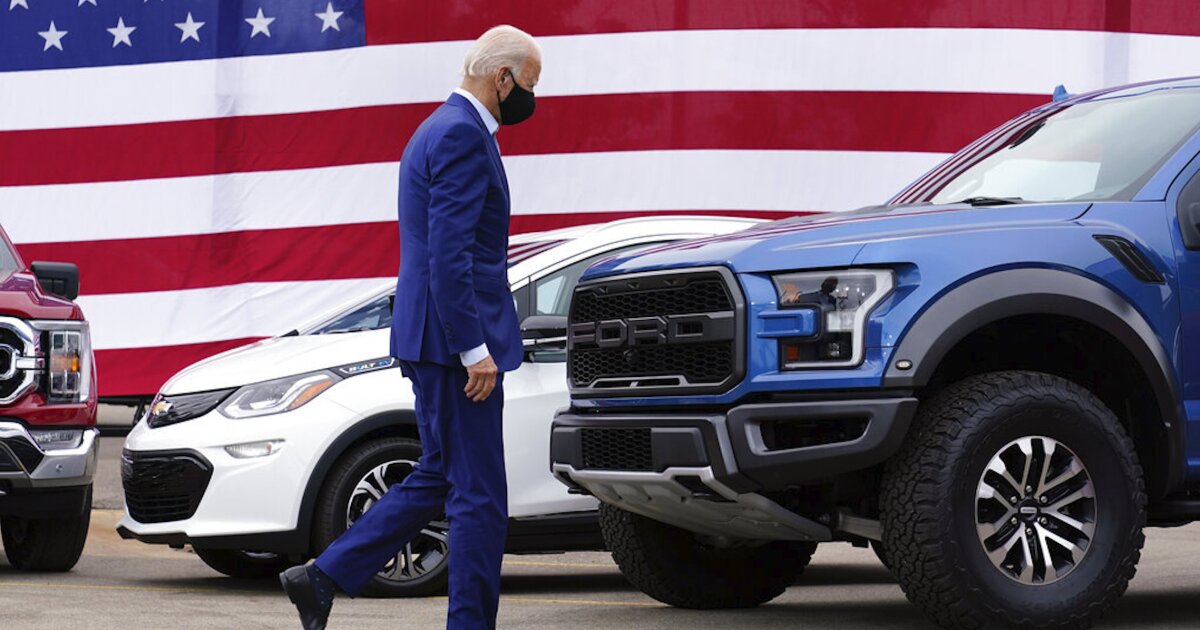 A good way to understand the United States is to listen to one of the great native sons, Mark Twain. With all this talk about President Biden's national industrial strategy to “build back better,” Twain's timely advice is this: “What gets us into trouble is not what we don't know. It's what we know for sure that just ain't so.”

If any industrial plan is based upon a commonly believed falsehood, then it's unlikely to do the job of benefiting the republic.

Now, even if such a plan were intended to help, I'd still be against it. I believe in Oren Cass's ability to decide what is good for us just as much as I do that of Rep. Alexandria Ocasio-Cortez. That is, not at all. The best — I would insist only — way for free people to create society is that we all do our own stuff and see what happens at the national level. But people don't go into national politics to leave us all alone, do they? National destiny as something emergent from personal liberty isn't going to please those who've made all that effort to get to where they can tell us to do stuff.

We have people from the Left and the Right telling us that we really must have a plan, and by golly, here is one that all must follow. As with this New York Times description of the Biden administration plans, the general consensus is that there must be more manufacturing in the U.S.

As a stand-alone idea, it's more than a little odd. Manufacturing output is near an all-time peak as it is. There are fewer manufacturing jobs around, but that's a result of advancing technology, something we've been doing for centuries now. Using machines to make machines just means we need fewer people making machines.

The general contention is that manufacturing pays more than services. Those who would rule our lives, whether we call them the Swamp or the establishment or whatever else, really do believe it, which is where Twain comes in: It just ain't so.

The Bureau of Labor Statistics reports that the average wage in manufacturing in January 2021 was $29.02 an hour. In all services, it was $29.88. Sure, waiting tables earns less, with $17.24 for leisure and hospitality, but wholesale trade makes more: $32.96.

If we wanted to raise wages in the U.S. generally, then we'd be closing bars and opening warehouses — not, I would submit, a way to greater happiness (but then I like bars). What we wouldn't be doing is bending the economy into having more manufacturing. In reality, having more jobs paying less than the average wage ($29.90) reduces total wages rather than increases them.

This tells us the real problem with having a national strategy for anything, let alone for the shape of the economy. It'll be the politicians who design such things, and as they believe the stuff that ain't so, we won't get a good plan. After all, a strategy based upon ignorance of reality isn't going to work out well, is it? Yet, sadly, that's the one the Biden administration has to offer.