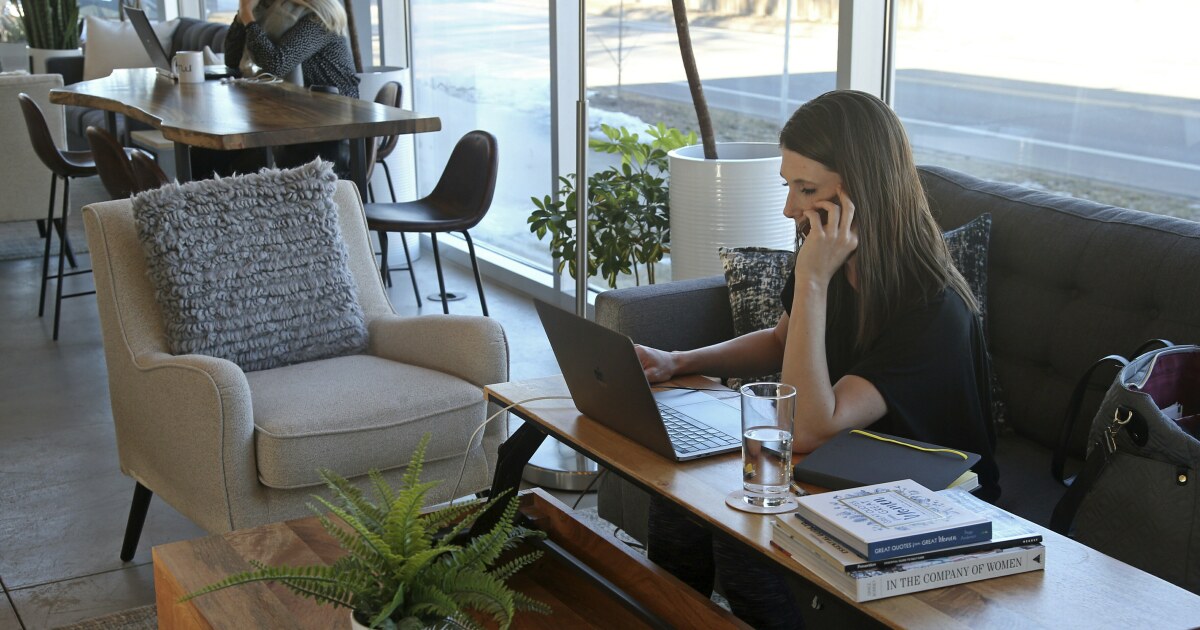 It was only women that lost their jobs last month, according to one report. Or rather, only women's jobs were lost: “All of the jobs lost were women’s jobs, with women losing 156,000 jobs and men gaining 16,000,“ as reports the National Women's Law Center.

This is nonsense, and it is nonsense because that's just not how economies work. The center has, ostensibly to make us feel bad about the patriarchy, simply told us the net numbers. Again, economies are more than that.

Those framing unemployment this way looked at the employment numbers, and that's fine to reveal the levels of unemployment or employment. But it doesn't work if we want to see what has been happening, rather than simply see the levels after it all has happened.

For that, we need the job openings and turnover report (this is last month's, though the next one will be available in a couple of days). There we see that 5.8 million people got hired in October, 1.7 million people were laid off, and 3.1 million quit their jobs.

The balance of these three (with some other minor numbers) is what gives us the change in unemployment and the size of the labor force. Over a year, this really adds up, as “hires totaled 70.4 million and separations totaled 76.1 million” over 12 months ending in October.

That's how the labor market works, a vast swirl of people between jobs. Sure, this last year has been different, but this always happens. Layoffs run around 2 million per month, rising a little in normal recessions and hugely in this one. The quits move with how confident people are, and it is hires that really vary with the economic cycle. Hires also really make the difference to the unemployment rate.

These details are actually important because what they tell us is that beating unemployment isn't about preventing people from losing their jobs alone. It's about having a vibrant economy where new jobs are being created. That is, we don't go around protecting current jobs but instead set the system up with the minimum, and only the necessary minimum, of regulations so that people can start new companies, expand old ones, and thereby create those jobs that lower unemployment. That might possibly include even lowering the tax rate on those who invest in and start the companies that produce those jobs. That's how we get to that full employment that we did have last January.

Considering it all, it's also possible to say something about this “shecession” that the NWLC and others complain about. It is true that in that maelstrom of hires and quits and fires, fewer traditionally women-occupied jobs have been created. We might all want to step outside those gender restrictions, but it remains true: Fewer women are regaining employment in those traditionally female occupations. That means, the statement goes, that the current economy is less good for women than the older one was.

The flip side of that same argument is that the older economy must have been better for women than the current one is. But put simply, women gain from a free market. You know, like that economy we had 12 months back.

Presumably, the women who voted in droves for President Trump did so because of how well he ran the economy in their interest.

Noem speaks out on grocery tax, promises to repeal it

Pound hits historic low against the dollar: Here’s what it means

Hallmark’s ‘Countdown to Christmas’ Movie Lineup Is Finally Out, And Some...

The Need for Tradition