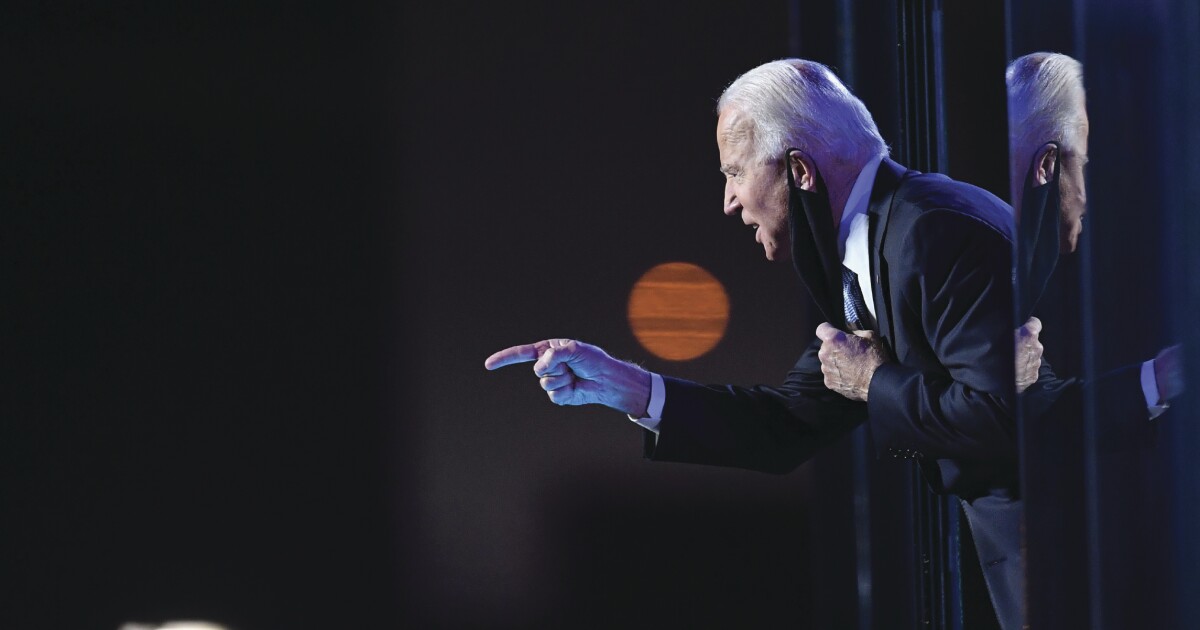 President-elect Joe Biden's choice of a diverse Cabinet that appeals to every constituency of the Democratic Party comes as no surprise, but exactly who he is putting in what role has left some political observers scratching their heads.

In an op-ed this summer, Biden stressed that “from our classrooms to our courtrooms to the president's Cabinet, we have to make sure that our leadership and our institutions actually look like America.” And while he appears on target to reach this objective, it has resulted in some unorthodox picks.

He made choices such as a Veterans Affairs secretary with no military experience, a state attorney general tapped to lead the Health and Human Services Department amid a pandemic, and a former national security adviser serving in a domestic policy role. Also, he chose a small-town mayor to oversee the massive Department of Transportation.

Trying to make sense of Biden's picks, political observers point to a tension between early appointees with decades of experience toward a shift appearing to satisfy various allies and political constituencies.

“Biden's basically completing political chits to people for whom he owes a favor or two but not necessarily slotting them in the spots where they ideally should be going,” said Marshall Auerback, a researcher at Bard College's Levy Economics Institute and a fellow of Economists for Peace and Security. “So, he's putting a lot of square pegs in round holes as a result.”

Among those picks are Biden's Democratic primary rival, Pete Buttigieg, the former mayor of South Bend, Indiana, whose inexperience Biden mercilessly mocked in a blistering attack ad during the primary, returning veterans of the Obama White House, such as Susan Rice, and seeming unity figures with some liberal bona fides.

She was seen as a top prospect for secretary of state before Antony Blinken, another Obama veteran, was tapped for the position. Rice was earlier vetted to be Biden's vice president.

However, unlike other Senate-approved appointments, Rice won't need confirmation for her new role.

One source, a Wall Street investment banker and university professor, said not to view such an appointment as key to Biden's overall strategic vision.

“Putting somebody like Rice in is admirable from the standpoint of her knowledge base and his ability to trust her, having worked with her before, but isn't key to the overall strategic view of the incoming administration,” he said.

A Republican appointment “would be a great gesture,” but this may not sit well with some constituencies, this source added. “The progressive wing is out there screaming bloody murder about that.”

“Obviously, he has a number of different constituencies to satisfy — you might notice that the labor position still hasn't been filled,” he said. “The big question is, what's he going to do with Bernie?”

Butler, who leads Iraq and Afghanistan Veterans of America, an advocacy group, had outlined with the Biden-Harris transition the nominee that his group hoped to see.

“One, being a veteran,” said Butler. “Two, having a medical background because so much of what the VA does is provide medical care. And third, someone that has experience in managing large bureaucratic organizations, because that's what the VA is.”

McDonough, who called Butler the morning before the announcement, is none of these.

McDonough does bring experience with all the levers of power in Washington, Butler said. “He understands the military, he knows how to get legislation passed, and, most importantly, I think, is he has the ear and the confidence of the left flank.”

“Now, maybe there's good reasons why he chose to put Susan Rice in domestic affairs, even though she's a foreign affairs specialist. And maybe there's a reason why he thought someone like Pete Buttigieg, who's been the mayor of a city that's about the same size as Greeley, Colorado, is qualified to run a national transportation department,” Auerback said.

“Or even Xavier Becerra, who doesn't really have experience in Health and Human Services other than the fact that he had a big lawsuit against a group out in California and was a heavy campaigner for ‘Medicare for all,'” he added, and so is likely viewed as a potential concession to the party's liberal wing.

Auerback, who said he wished that Biden would have looked beyond just political expediency in making his selections, said that he's taking it in stride.

“I fully expected to be disappointed by the Biden administration and his choices, and so far, he hasn't let me down.”