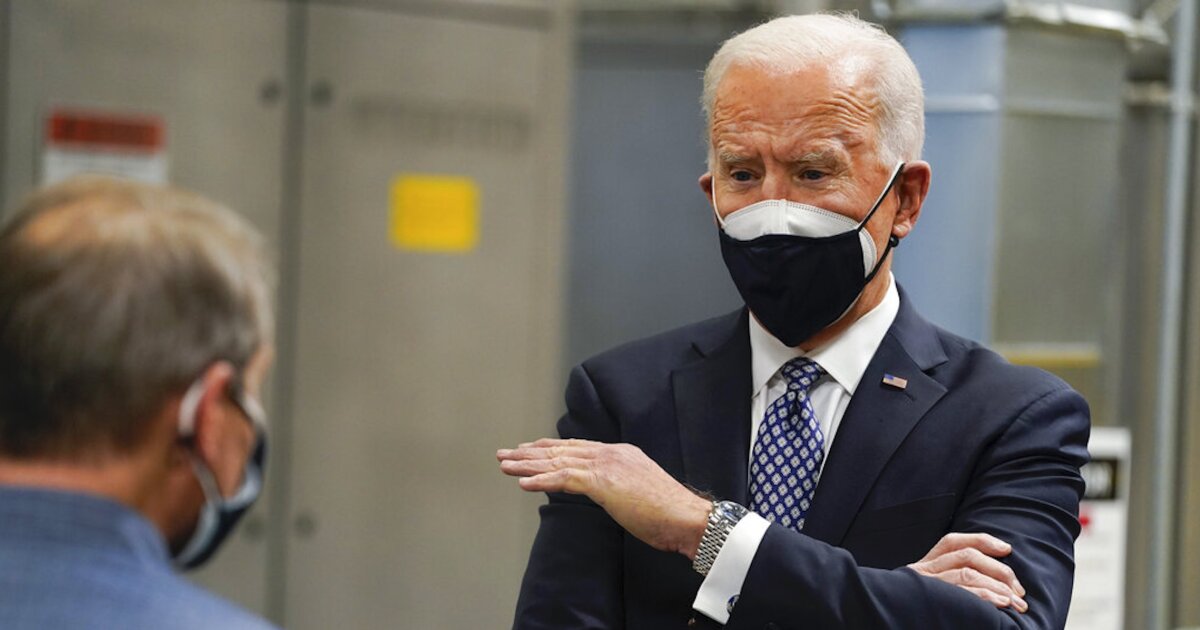 “The government should do something!” This refrain goes up every time disaster strikes. Nobody is quite sure what the government should do, but there’s widespread consensus that something must be done. And as we’ve seen again and again over the last year, politicians are happy to oblige, regardless of whether the “something” they’ve thought of is unnecessary or even harmful.

President Biden’s $1.9 trillion COVID-19 relief and stimulus bill is the latest example. The federal government has already spent about $4 trillion fighting COVID-19. But Biden’s advisers are still telling him that it’s better to go too big than too small. Economists such as Bruce Yandle and Veronique de Rugy have warned us of the likelihood that the stimulus checks won’t stimulate and of the long-term risks of recklessly running up debt, but that doesn’t seem to matter to the Democrats.

Politicians inevitably respond to a crisis — whether it’s an economic recession, a terrorist attack, or a global pandemic. And their response usually involves measures that empty our wallets and curtail our liberties. The perverse incentives they’re handed practically force them to such action. The optics of doing nothing or not enough are just too awful.

On the other hand, if you spend billions or even trillions of taxpayer dollars and things get worse, you can always claim that the situation would have deteriorated even further if you’d done nothing. If the situation improves, then it’s all thanks to your compassion and decisiveness. Just look at how history remembers President Franklin Roosevelt, even though several prominent economic historians have made a strong case that the New Deal actually prolonged the Great Depression. Do nothing, or go “too small,” and you take a risk. Do something big, and you win either way.

This gave President Barack Obama an advantage over Mitt Romney in 2012. Consider this exchange between the presidential contenders, who were debating whether Obama was right to bail out struggling Detroit automakers: “The president said … that I said we should take Detroit bankrupt, and that's right,” Romney said to a crowd in Hempstead, New York. “My plan was to have the company go through bankruptcy like 7-Eleven did and Macy's and Continental Airlines and come out stronger.”

Obama then proceeded to eat Romney's lunch: “What Gov. Romney said just isn't true,” he said. “He wanted to take them into bankruptcy without providing them any way to stay open, and we would have lost a million jobs.”

Romney claimed that U.S. automakers would have been fine without a bailout. Obama claimed that without his bailout, a million jobs would have been lost. Who was right? It’s impossible to say. Until somebody invents a device that lets us peer into the alternate universe where a President John McCain didn’t bail out the auto industry, we can never know for certain what might have been. What’s sure, however, is that Obama’s response to the crisis, whether it actually helped or not, looked a lot better to voters than Romney’s proposed non-response.

In their eagerness to appease nervous constituents, politicians often just make things worse. It’s a hard truth to accept, but sometimes doing nothing is the only correct course of action. Take, for example, the case of 16-year-old Kyleigh D'Alessio and 17-year-old Tanner Birch, who were killed in a car accident in Morris County, New Jersey, in 2006. Two other passengers were injured. By transporting three other people, Birch was violating the terms of his provisional license, which only allowed one passenger.

D’Alessio’s mother launched a crusade to protect young drivers, and four years later, Kyleigh’s Law took effect. The law, which required young drivers to affix red stickers to their license plates, sailed through the state Senate with only three nay votes and passed the Assembly unanimously. Of course, it did. What kind of monster would oppose a grieving mother? In constituents’ eyes, a vote against Kyleigh’s Law would be a vote for dead children.

But this law wouldn’t have saved Kyleigh’s life. Sure, it has made it easier for police to pull over teenagers, but it has also made young drivers easy targets for sexual predators. In a state that displays human trafficking warnings in every rest stop, that danger should be obvious, but every attempt to repeal Kyleigh’s Law has failed.

It’s entirely possible that Kyleigh’s Law wouldn’t have saved Kyleigh, that Chrysler and General Motors Co. would’ve recovered without a bailout, that Roosevelt’s spending spree only made things worse, and that the U.S. economy will be just fine without another $1.9 trillion in federal spending.

It’s possible, but it’s a hypothesis politicians have no incentive to test.

Grayson Quay is a Young Voices contributor based in Arlington, Virginia. His work has been published in the American Conservative, the National Interest, and the Spectator US.