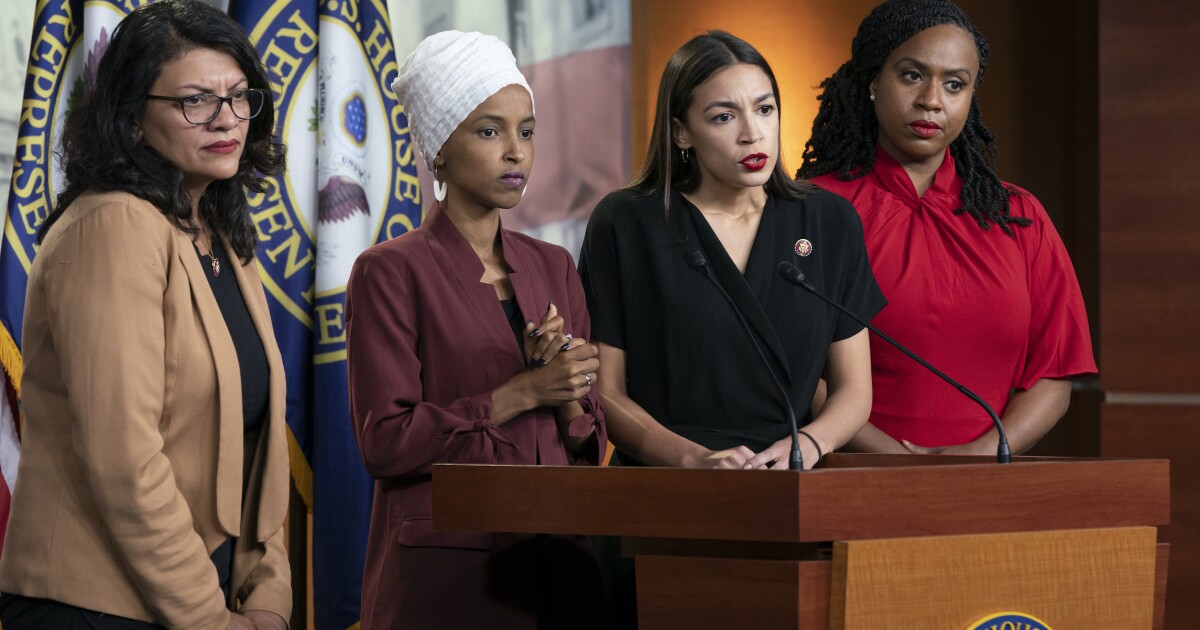 Members of the left-wing “Squad” went against Nancy Pelosi in what is usually a party-line rule vote, sending a message about their ability to flex power in a way that could challenge the House speaker in the new Congress.

Before the House voted on a massive coronavirus aid package that was bundled with a fiscal 2021 government spending measure on Monday, New York Rep. Alexandria Ocasio-Cortez, Massachusetts Rep. Ayanna Pressley, Michigan Rep. Rashida Tlaib, and Minnesota Rep. Ilhan Omar attempted to block the bill from coming to the floor for debate. The group was protesting the leadership's refusal to provide the standard 72 hours to review nearly 6,000 pages of legislation before it was considered on the House floor.

It was a symbolic move because the vote to advance the measure passed and only Tlaib voted against the actual bill. But if the four members stick together to make a similar move next year after a new Congress is sworn in, that could cause trouble for Pelosi and her management of a slim House majority.

Their decision to vote against advancing the bill followed vocal discontent from many members, including Ocasio-Cortez, about being expected to vote for the coronavirus aid and government spending bill just hours after the full text of the legislation was revealed.

Normally, Democrats back their leadership and vote in favor of advancing legislation, even when the 72-hour rule is disregarded.

But this time, the four members, along with outgoing Hawaii Rep. Tulsi Gabbard, voted against advancing the bill.

If the four members act together in a similar way in the new Congress, they could have great influence over what the House can pass or act on, causing a headache for Pelosi.

After three Democratic House members set to join the Biden administration leave the House, Democrats’ slim majority could be as large as eight members or slim as six members for the critical first period of Biden’s administration.

That slim majority means that with a few new or returning lawmakers joining with Ocasio-Cortez, Tlaib, Pressley, and Omar, the “Squad” and its associates could thwart Pelosi and the Democratic agenda.

Bush signaled on Monday night that she would not have supported the rule change had she been in office.

“I refuse to normalize an anti-democratic process where a few rich, predominantly white individuals negotiate behind closed doors for most of 2020 and give the rest of us a few hours to consider the 5,593 page result of their secret negotiations,” Bush tweeted.

And the members seem to be embracing the message sent by their defiance.

When Kentucky Rep. Thomas Massie, a Republican, said on Twitter Monday night that every Democrat voted to suspend the 72-hour rule, Omar responded.

“Stop lying, I am a Democrat and voted against suspending the rule!” Omar tweeted.